Brandon Turkus
Honda has released a string of new ads highlighting its refreshed, 2014 Odyssey minivan. While the Japanese brand hasn't started bragging about attaining the first Top Safety Pick+ for minivans, it's all too happy to brag about another first - the world's first van with a built-in vacuum cleaner.

In three spots, anthropomorphic children's rubbish discusses the merits of the new minivan, only to be sucked up by the built-in vacuum, which is only available in the top-end Touring Elite model. There's also quite a bit of star power floating around for those that watch a lot of TV. Neil Patrick Harris from Doogie Howser, MD and How I Met Your Mother voices a character in one of the spots, while Rainn Wilson from The Office stars in another. Take a look below for all three ads from Honda. 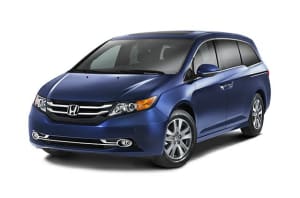