Well, now we've really seen everything. At the ninth Volkswagen Sunshine Tour, an annual gathering of thousands of Beetle lovers, the "most beautiful beach Beetle of the Year" award went to this New Beetle Convertible enrobed in 40 kilograms – that's about 88 pounds – of colorful, knitted wool. According to VW's press release, it took Marthe and Magnus Schwarz, who met at a previous Sunshine Tour (where else?), seven months to create their unique work of stitchery. As you can see in the photo above, Marthe even went the extra mile by knitting her husband a special beard for the occasion.

The annual Sunshine Tour takes place in Germany and is the largest private gathering of lovers of all three Beetle generations (the original Beetle, New Beetle and The Beetle). People came from across Europe for the August 17 event, bringing a record 414 Beetles of all themes, colors, shapes and sizes.

Alongside the parade of old Beetles, the new iBeetle from Volkswagen made its European premiere. The Beetle Cabrio Exclusive from Volkswagen R GmbH and the limited-edition Beetle GSR also made appearances. Scroll down to get all the "sunshiney" details in VW's press release.
Show full PR text
414 special Beetles rock the Baltic Sea Shores
Wolfsburg/Travemuende – They come with neon wheels, as pick-up trucks and race versions: 414 Beetles in all possible derivatives meet this weekend at the largest gathering of fans of all 'round' Volkswagen models (Beetle, New Beetle and The Beetle). Special guests: German Motoring Television Celeb Sidney Hoffmann (Die PS Profis, Sport1) and the Luebeck-based "Voice of Germany" duo Nathalie Dorra and Ole "Soul" Feddersen, who performed on stage at this open air party at the Baltic Coast.

With many thousand visitors, the tour is the largest private meeting of Beetle lovers of all three Volkswagen generations. The "most beautiful beach Beetle of the Year" was chosen by jurors: The 2013 title went to Marthe and Magnus Schwarz from Neustadt/Holstein. Their convertible in a knitted robe has been chosen among the hundreds of round Volkswagen vehicles hailing from six decades, which come from all across Europe to the event, was. "It took us seven months and 40 kilograms of wool to create this, it's been so much fun!", says Marthe. "It's been a tough decision to pick only one most beautiful Beetle," says Gaby Kraft, who organizes Beetle Sunshinetour ever since 2004.

One of the specialties of the Sunshine Tour is that not only the cars put on fancy costumes but the visitors do as well. Whether glamour Beetle, rock 'n' roll Beetle, wedding Beetle, beach Beetle, 007 Beetle or Charleston Beetle – the best idea and realization are what matters.

On a second stage, a trio was having its grand debut: The new iBeetle from Volkswagen, which has its European premiere at the event, were presented alongside the Beetle Cabrio Exclusive of Volkswagen R GmbH, and the Beetle GSR, in a limited edition of only 3,500 vehicles. 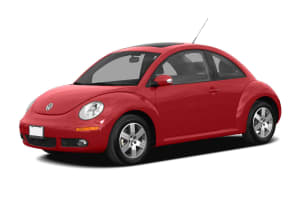