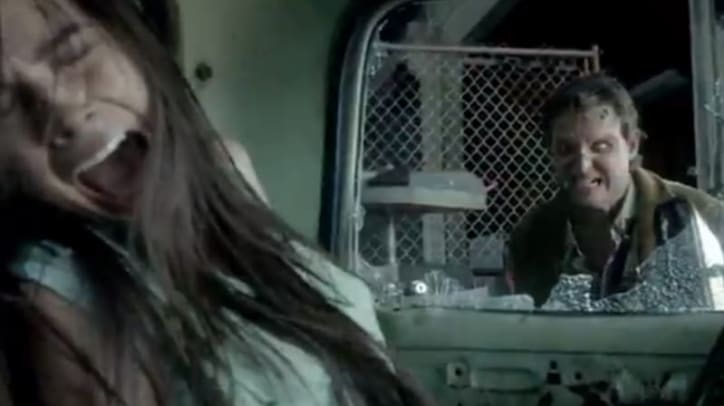 Having a Diehard battery key to surviving the zombie apocalypse?

While there's no shortage of zombie commercials and marketing gimmicks floating around these days, Sears has come up with one of the coolest yet. With high production values and plenty of suspense, this 79-second spot looks more like a George Romero flick than an ad for Diehard car batteries. 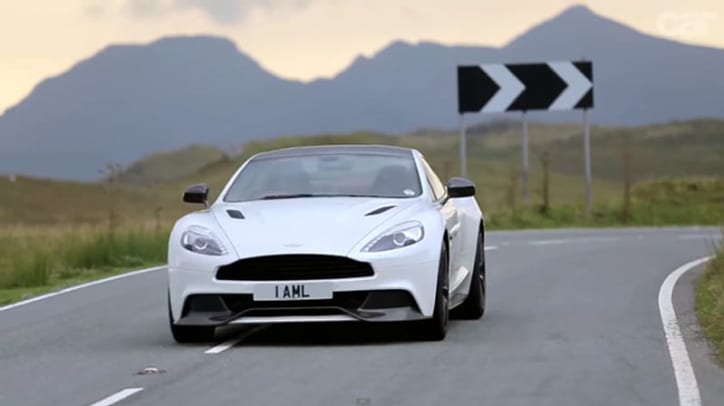 Want to see a bunch of awesome performance cars all in one place? Then check out this video of Car magazine's Sports Car Giant Test 2013, in which the UK publication's editors pit 11 of their favorite go-fast machines against one another. The candidates run the gamut of price points and makes, from affordable hot hatches like the Ford Fiesta ST to expensive exotics like the L 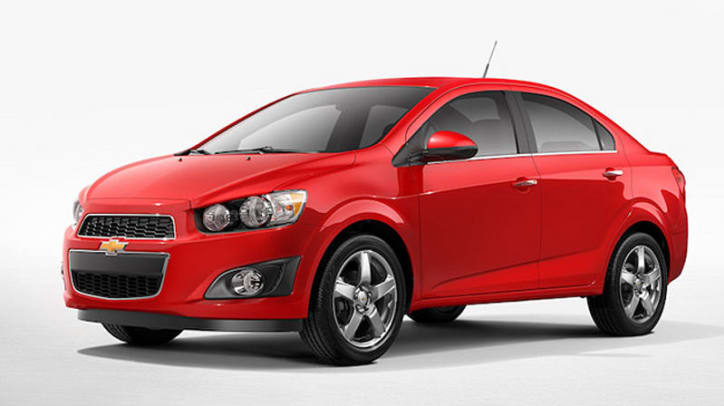 General Motors is voluntarily recalling more than 1,600 model-year 2013-2014 Chevrolet Sonic sedans and hatchbacks due to potentially faulty fuel tank strap welds, the The Detroit News reports. According to GM, "If the strap bracket separates, the fuel tank would rest on the exhaust pipe or pla 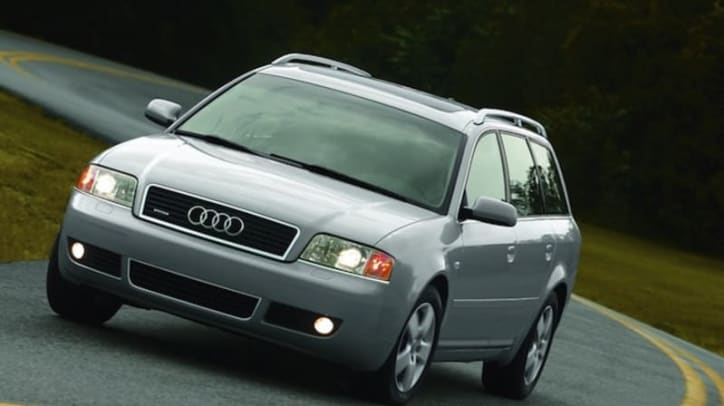 Audi drivers, listen up. If you bought or leased a 2002-06 model-year A4 or A6 with a factory-installed Continuously Variable Transmission (CVT) that failed, you may be entitled to reimbursement under a recently settled class-action lawsuit with corporate parent Volkswagen. 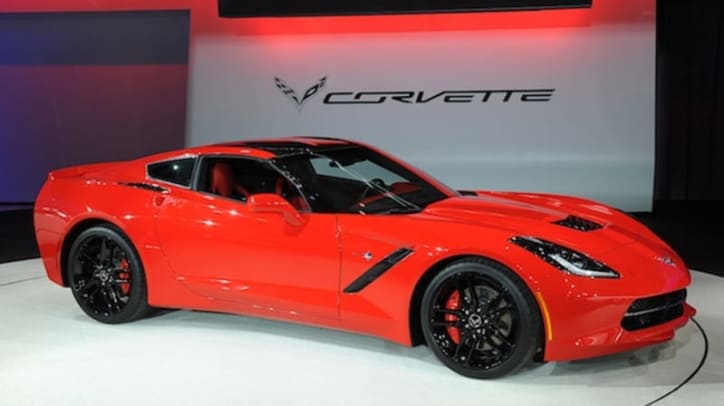 Several months ago, Chevrolet surprised us by claiming the seven-speed manual version of its 2014 Corvette Stingray could achieve up to 30 miles per gallon when driven in Eco mode. The car's official EPA rating eventually worked out to 17 mpg city and 29 highway. Now, the numbers are out for models equipped with the optional six-speed paddleshift automatic transmission – which Chevy 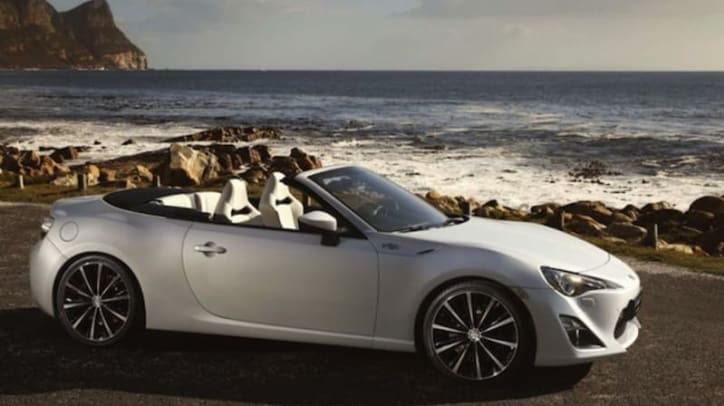 Bad news, sportscar fans. According to a new report from What Car?, Toyota has cancelled plans to produce a GT86 convertible, a model based on the FT-86 Open Concept that debuted at the 2 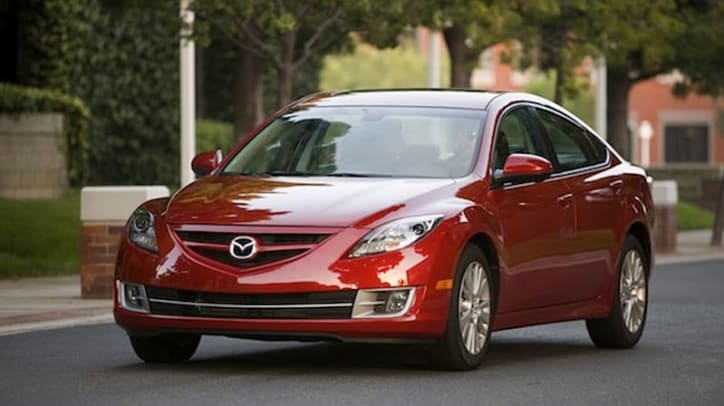 Mazda is voluntarily recalling 161,400 Mazda6 cars due to door latch mounting screws that may loosen, which could cause a door to open while the vehicle is in motion, thereby increasing the risk of accident or injury. The recall covers 2009 through 2013 Mazda6 models manufactured between February 4, 2008 and August 24, 2012. New Jersey race on F1 calendar after all

Congratulations, New Jersey – you now have a Grand Prix! Formula One has just published the calendar for the 2014 world championship, and the Garden State is one of four additions, along with Austria, Russia and Mexico, to the schedule. New Jersey is one of several venues listed as "provisional," meaning it is still subject to circuit approval. Regardless, this is a major step forward considering the NJ race was originally scheduled for 2013 b 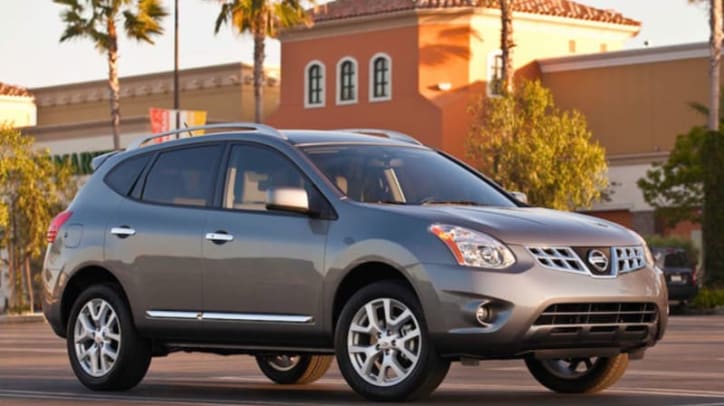 Despite the fact that an all-new generation of its Rogue crossover goes on sale in November, Nissan will continue to sell the current model alongside its replacement. The existing C-platform-based Rogue, which will be renamed Rogue Select, will start at less than $20,000 when it goes on sale in January 2014. At present, a base 2013 Rogue S prices out slightly higher, from $20,310, but we wouldn't 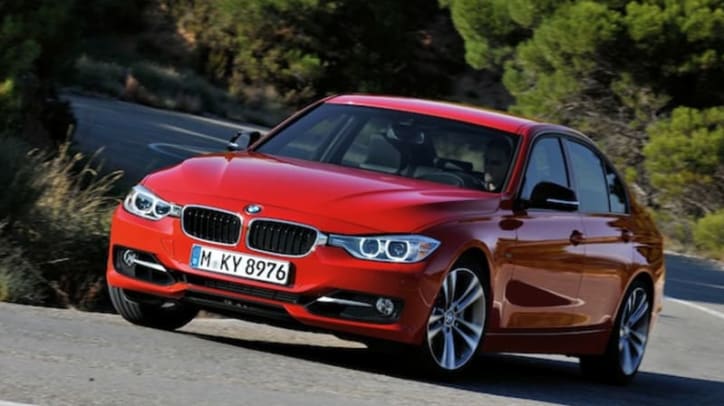 Bimmerfest is reporting that BMW has notified the National Highway Traffic Safety Administration of its intention to voluntarily recall more than 75,000 3 Series, 5 Series, 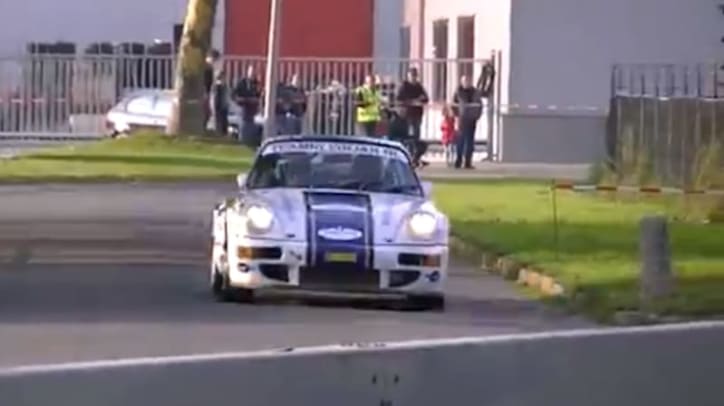 As far as rally crashes go, this one is pretty terrifying. At this month's Hellendoorn Rally, Harry Kleinjan failed to negotiate a turn and drove his Porsche 911 RSR straight into a Jersey barrier, flipping the car into the river. 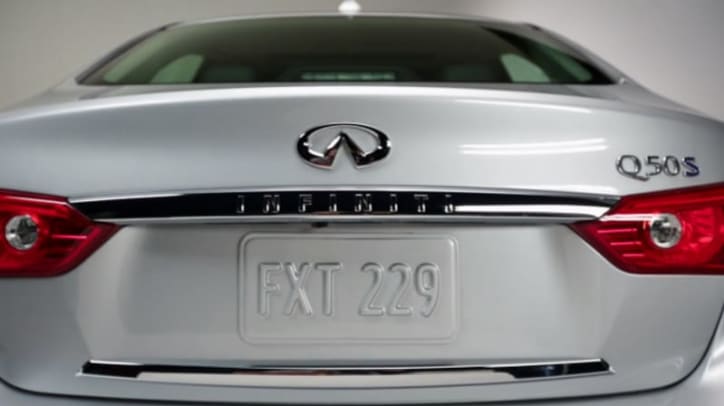 What's in a name? When it comes to cars, it can be a lot more than you think. Infiniti caused quite a bit of hubbub late last year when it announced it would be changing its vehicle names so that all of its cars start with Q and all of its crossovers and SUVs start with QX. Now, the luxury division of Lauren DeAngelis Puckett 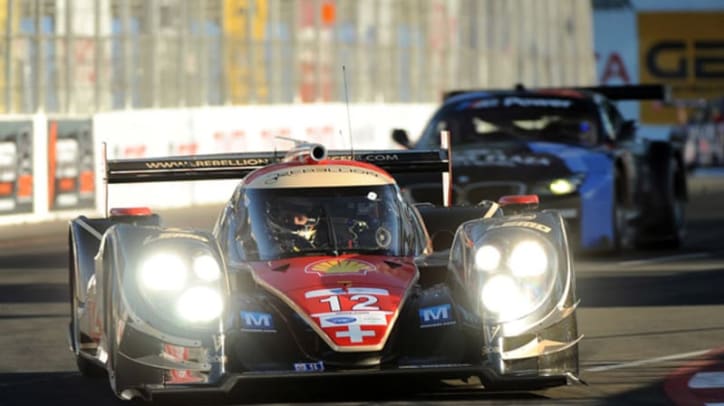 The International Motor Sports Association (IMSA) has announced a schedule for the 2014 debut season of the TUDOR United SportsCar Championship, which combines the Grand-Am and American Le Mans Series (ALMS) events. The 12-race schedule begins at Daytona International Speedway on January 25 and ends at Road Atlanta on October 24. In between, the race travels to 10 other US venues, including Laguna S 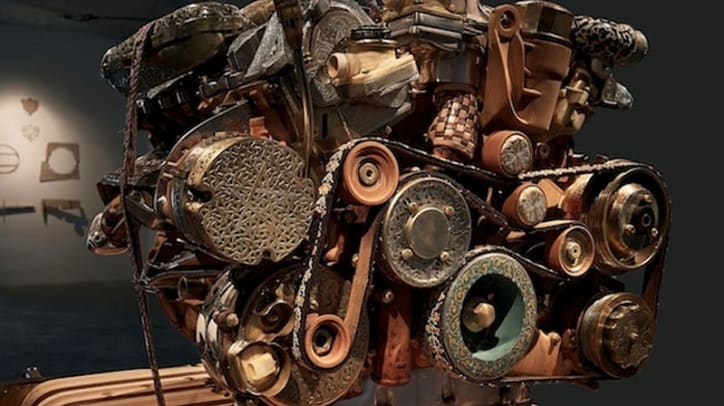 This incredible Mercedes V12 sculpture is built from bone, wood and fossils

We've seen some impressive automotive replicas, but this one definitely takes the prize as the most unique yet. Belgian artist Eric van Hove created this sculpture, titled V12 Laraki, of a Mercedes V12 engine using a whopping 53 materials, including wood, bone and fossils. The dizzying array of materials includes mother-of-pearl, sand stone and mahogany, just to name a few. 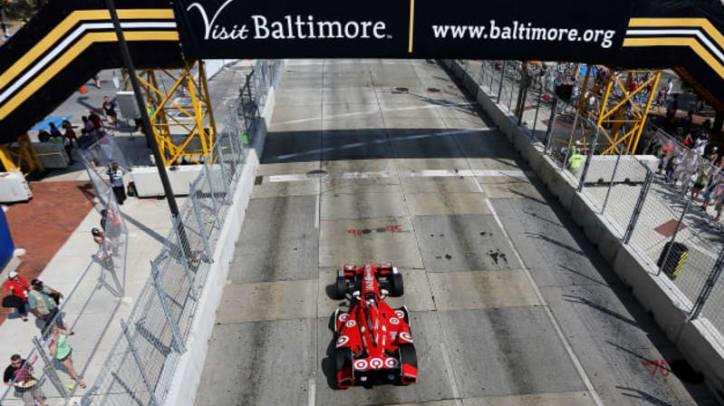 IndyCar fans, here's some news that you may not want to hear. Due to scheduling conflicts, the Grand Prix of Baltimore is canceled for 2014 and 2015, the Baltimore Business Journal reports. While the future of the racing event has previously been jeopardized by financial disp 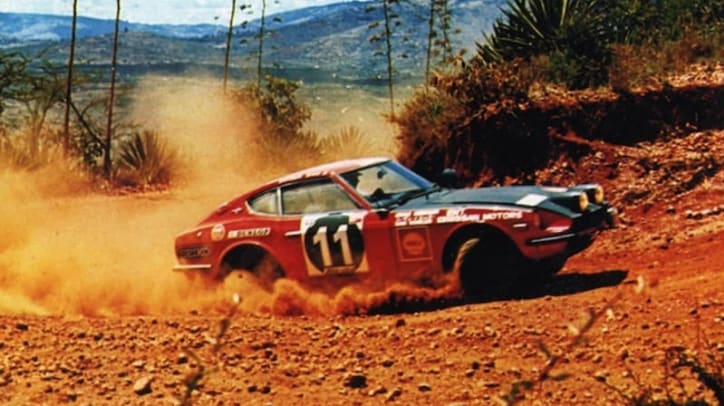 Thanks to the Nissan Restoration Club, a legendary rally car is coming back to life. At the recent Nissan 360 media event, the Japanese automaker announced that its restoration club is bringing the Safari Rally Z back to original running condition. A variant of the Fairlady Z (or Datsun 240Z in the US), the Safari Rally Z has a fastback coupe body and a 215-horsepower inline-six engine. It won East 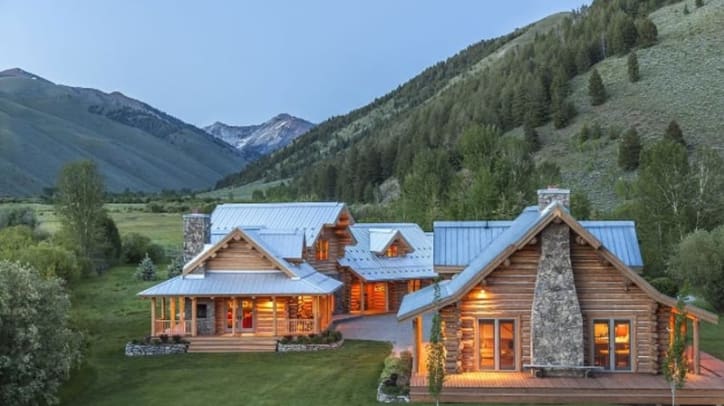 Steve McQueen's amazing Idaho ranch can be yours for $7.4M 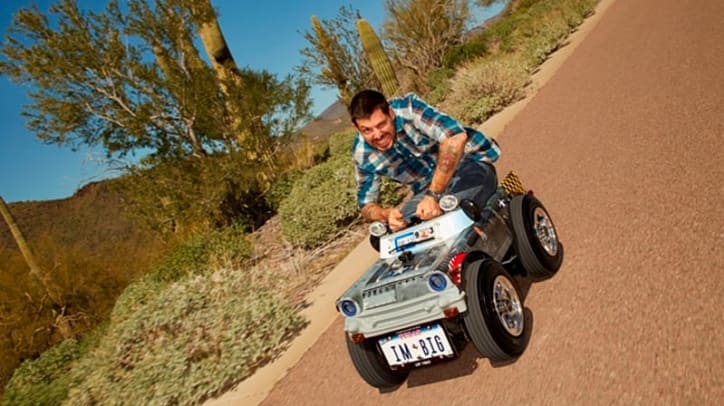 If you thought the Smart Fortwo was a small car, think again. The 2014 edition of the Guinness World Records features the real world's "Smallest Roadworthy Car" – a vehicle measuring just over two feet high and four feet long. Created by Phoenix native Austin Coulson, the comically toy-like car can go up to 25 miles per hour and sports "IM BIG" on its license pla 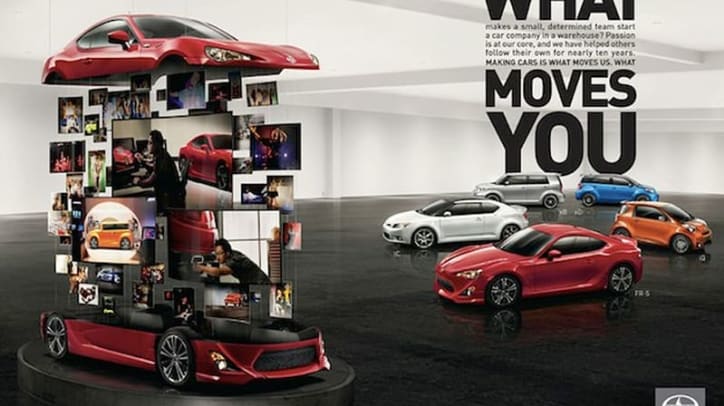 According to a top Toyota executive, the Japanese automaker will not be introducing any fresh Scion models in the near future, Reuters reports. As of August, Scion sales for this year were down 1.6 percent from 2012 and accounted for only 0.3 percent of Toyota's overall US sales. And last month, Toyota Motor Sales USA Senior Vice President Bob Carter informed the 1,000 dealers who carry Scion th 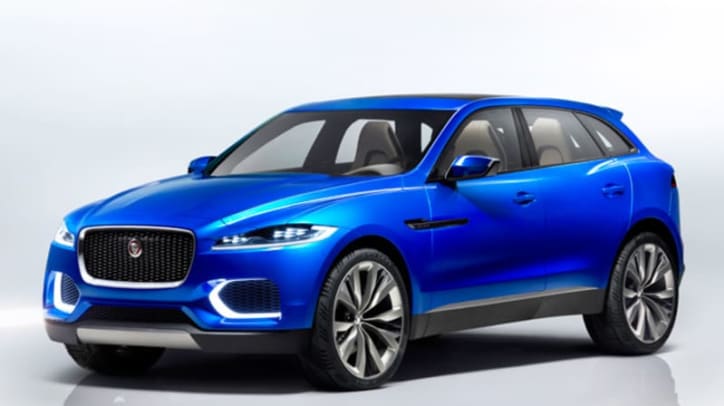 Just as Jaguar teased earlier this month, the luxury marque is debuting its first-ever sports crossover concept at the 2013 Frankfurt Motor Show, which begins this week. In addition to previewing what a soft-roading Jag might look like, the C-X17 concept also showcases the brand's new advanced unibody aluminum architecture, which it calls the 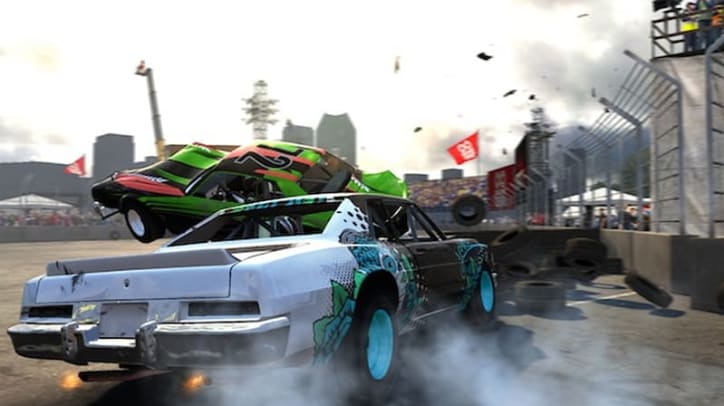