Brandon Turkus
BMW has agreed to settle a number of class-action lawsuits out of court. The suits stem from drivetrain issues on the 2001 to 2006 R50 Mini Cooper – in particular, its continuously variable transmission. The transmission was known to fail, often without warning on otherwise healthy and well-maintained vehicles. This wasn't the only major issue to afflict the original BMW-era Mini models.

According to legal site Topclassactions.com, the suits alleged that BMW knowingly hid the defects in the CVT from customers while informing dealers of the issue. The first suit was filed in 2011, while four additional suits have followed. Now, BMW has reportedly settled, offering to reimburse 1,200 owners that needed repairs within eight years or 150,000 miles of their purchase. Repair prices for the transmission range from $6,000 to $9,000.

Under the agreement, BMW will also offer up to $4,100 to members of the suit that had fixes performed at a third-party shop, while owners who sold their cars at a loss due to the issues are slated to receive up to $2,000. Finally, owners who are part of the suit will be warrantied for a further eight years and 150,000 miles. 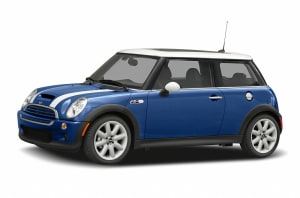