Brandon Turkus
Mini, never one to pass on a marketing opportunity, has pounced on the plight of embattled New York City mayoral candidate Anthony Weiner, who seems to have an issue with sending pictures of his genitals to young women. Observers will notice that this is the second time the unfortunately named Mr. Weiner has been in the spotlight for his picture messages.
Capitalizing on Weiner's alias, Carlos Danger, Mini has created an account on Twitter - @CarlosDMotor. With a note on the profile page listing "Danger" as the account's middle name, it's sent out just one tweet, containing the message, "Wanna get your hands on my stick?" Attached to the Tweet is a scantily clad Mini Cooper S, with a towel around its "waist" snapping a picture. Too soon? To borrow the brilliant pun from AdWeek, the "auto erotica" was the idea of Mini's marketing agency Butler, Shine, Stern & Partners. Click below for the full tweet.

Wanna get your hands on my stick? pic.twitter.com/ZpDQbUnWB8 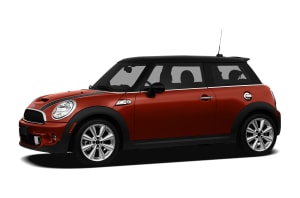