Damon Lowney
Facebook was so 2010, so it's no surprise that automakers are taking advantage of newer social media applications for their marketing purposes. Most recently, Lexus invited more than 200 followers on Instagram ("Instagrammers"), along with their smartphones, to make a commercial of the 2014 Lexus IS using hundreds of their photos of the car strung together into a video.

Instagram, taking advantage of smartphone cameras, is an application that allows users to shoot, edit and share photos or video online with friends and strangers alike. Lexus's stop-motion Insta-commercial is unique as far as commercials go, with each photo in the sequence sporting a personal touch thanks to the app's photo editor. But, even more impressive is the ability of social media to bring people together for, and involve them in, a commercial shoot. All of which you can watch below. Stay tuned after the commercial to get a look behind the scenes at the making of it all. 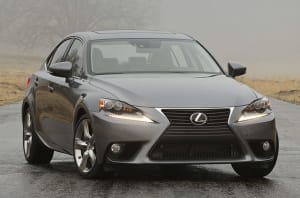