Chris Tutor
General Motors is sometimes faulted for poisoning demand for diesel engines in the US. But 30 years later, The General is warming to the idea of consumer-targeted oil burners again. GM President Mark Reuss tells TheDetroitBureau.com that if he has a say, his company will again sell a bunch of diesel-powered passenger cars in the US.

"There is, fundamentally, a place for diesel here," Reuss told TDB after Thursday's Chevrolet Silverado and GMC Sierra intros. When asked directly about a diesel future for GM, Reuss answered, "more to come."

Reuss went on to say new technologies are making cleaner-burning diesels that should make meeting US emissions requirements easier, though he cautions they could push prices up beyond what buyers would be willing to pay. An anonymous GM exec says in the story that consumers have shown an interest in diesel and were willing to pay extra for the greater fuel economy – but not enough to cover actual costs of the technology.

GM's heavy-duty pickups currently offer a diesel engine, but the future of diesel-powered, light-duty cars from GM will likely depend heavily on the market performance of the upcoming diesel Chevrolet Cruze. If it can hit the mythical 50 mpg mark, it could be a hot enough seller that it triggers new conversations in GM's boardroom about developing other oil-burners for North American consumption. Could the future include diesel versions of GM's light-duty pickups? It would appear that the notion has at least one very powerful champion in Reuss. 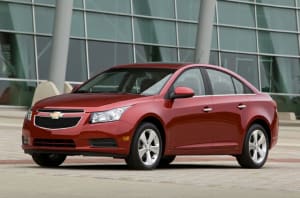