Scott Burgess
Cue the camera and step into the life you think you deserve.

That's the message from the new ad campaign for the Lexus LS, in which imaginary young LS owners jet-set around the globe attending fashion shows and parking their LS sedans on the roof for a cup of Joe. It's a little cheesy, but in fairness, any commercial that attempts to define a lifestyle by a vehicle tends to be that way. Now walk down that red carpet and note how bad the valet service is at the end of the piece.

The commercial, aptly named Flashbulbs, touts the new Lexus flagship and features the all-new Lexus LS F SPORT model. (You know it's sporty because Lexus made the word sport all caps.)

The sport campaign by Lexus is going to continue as the brand attempts to move away from its older owners and grab some customers who aren't hitting the early-bird special at the local diner. A second spot, Paddleshifters, continues the campaign, taking our couple on even more interesting adventures with every upshift.

Scroll down to see the Flashbulb commercial and read the full press release.

TORRANCE, Calif. (Oct. 29, 2012) - Generations of the Lexus LS have inspired an entire industry through visionary innovation, craftsmanship and design. And now the flagship not only has a new face, but has more than 3,000 new parts. The LS line-up also includes the first-ever LS F SPORT, and a marketing campaign to highlight the thrilling, exclusive lifestyle LS drivers live. The LS campaign caps off a successful year of launches showcasing the brand's bold new face and attitude for the future.

"We've given the Lexus flagship a whole new look inside and out, but its uncompromising commitment to world-class luxury remains the same," said Brian Smith, Lexus vice president of marketing. "We have created a launch campaign that, like the 2013 LS, demands to be seen."

Defy Convention
With the all new GS, ES and a refreshed RX that introduced a bold new look and attitude for the future, 2013 has been a year of launches for Lexus. But before the year is over, the LS launch will solidify the brand's new direction. Airing today, the campaign's two general market spots target those looking to live life to the fullest with experiences that matter. A third spot, "Everything" is geared to the African-American audience and will also air at launch.

"Flashbulbs" boils life down to a series of moments, loud moments, both literally and figuratively. A day-in-the-life of high-end and exclusive experiences for one couple includes front-row seats at a fashion show, a passport stamp leading to an exotic vacation, a modern home in the hills, a swanky jazz club and a glamorous red carpet arrival. The pop of a camera flash transitions through each scene and captures each photo-worthy experience. The LS, considered to be one of the world's quietest cars, still comforts its occupants but announces its presence in a confident, bold manner.

The second spot, "Paddle Shifters," features the all-new LS F SPORT and shows that people who don't go quietly constantly seek bigger, better experiences. They're not happy with the conventional. They do things faster, louder and more uniquely. Each time the LS F SPORT paddle shifter is hit the scene transitions and the music, sound and scenery gets louder and faster: a speed boat racing across the water, a stylish couple's night out, friends cheering on their favorite team. By the end the action reaches a frenetic pace with people living life in 8th gear. The LS F SPORT is the car for those who enjoy a life well-lived, and don't mind being noticed in the process.

A first-ever sponsorship of the GQ "Men of the Year" celebrates the men who define cultural relevance, taking an aspirational approach in talking to our target. The sponsorship includes a three-page spread, digital homepage takeovers and an exclusive automotive presence at the Men of the Year and GQ Nights events.

Elevating travel experiences to a new level, a partnership with Condé Nast Traveler will allow a reader to win the chance to "travel with Traveler." The winner will report back via social and digital media for the world to see, creating new, engaging content as the campaign goes on.

The digital initiatives will also have a heavy prominence with standard web executions, including banners and Full Episode Players.

Print executions will feature the LS and include a strong lifestyle focus in publications such as Wired and Architectural Digest, as well as in new luxury publications DuJour and Black Card Mag.

Both broadcast spots will have a prominent presence in high-profile sports properties such as the NFL, including NBC Sunday Night Football, ESPN Monday Night Football, the NFL on Fox, and NFL network. They'll also have heavy coverage on ESPN College Football and NCAA basketball on CBS. These placements will be bolstered with Halftime sponsorships on NFL Network Thursday Night Football and ESPN College Football. In addition, the campaign will align with more than 25 cable networks, including CNN, USA, E!, TNT, Food Network, ESPN, Style and others. The spots are also available at www.YouTube.com/lexusvehicles 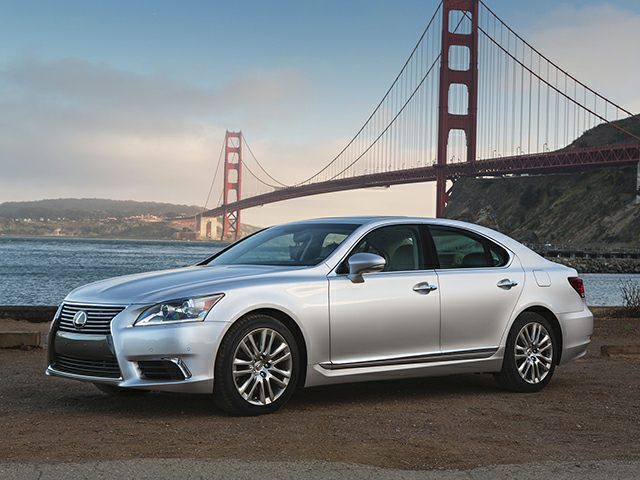