George Kennedy
Eleven people are dead and 12 are injured after a Ford F-250 pickup truck carrying 23 passengers crashed in the southern Texas town of Goliad.

First responders were sent to the scene to investigate a single-car crash off of Highway 59, and were shocked to find the sheer number of people in the vehicle's bed and cab. According to Texas Department of Public Safety spokesman Gerald Bryant, "This is the most people I've seen in any passenger vehicle, and I've been an officer for 38 years."

Bryant said that the victims ranged in age, and even went so far as to share that he saw two children dead at the scene.

According to investigators, the white 2000 Ford F-250 was traveling North on Highway 59 Sunday evening, when it veered off the right side of the highway and struck two trees. Emergency crews arrived to find six people dead inside the cab of the truck.

Boarder Patrol will also take part in the investigation of the crash. While it is not yet known if the victims were illegal immigrants, it has not yet been ruled out. 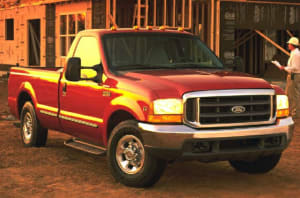