Zach Bowman
Chrysler has included an additional 137,000 vehicles in a previous Jeep Liberty recall, upping the total number of units covered to 356,900. The campaign initially included 2004 and 2005 Liberty models, but has been expanded to include units from model years 2006 and 2007 as well. The campaign is aimed at vehicles sold or registered in States with a high probability of rust, where the rear lower control arms may corrode at an accelerated rate and fracture. Such a failure could cause a loss of control, which could lead to an accident.

According to CNN Money, Jeep maintains there have been no reports of accidents or injuries, though the National Highway Traffic Safety Administration opened an investigation into the failures back in April after receiving nine reports of control arm fractures.

Chrysler will replace the control arms free of charge, and those owners who have already had the components replaced will be reimbursed. 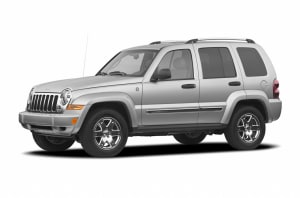