High-mpg Taylors drive a Volkswagen Passat 1,626 miles on one tank of fuel

John and Helen Taylor – Volkswagen calls them "mileage experts" and "the world's most fuel efficient couple" – recently drove a stock 2012 Passat TDI SE all the way from Houston, TX to Sterling, VA without refueling. That's 1,626.1 miles from just 19.3 gallons. Bad with numbers? VW has done the math for you: it's 84.1 miles per gallon (we came up with 84.2, but who's counting?).

The three-day trip happened earlier this month, and it turns out that the Taylors are not new to the high mileage game. They have previously set the "48 Contiguous U.S. States Fuel Economy Guinness World Record." Still, the new Passat TDI record is impressive and it mimics some of the ways that Gerdes runs his hypermiling trips. As you can see in the gallery, the gas tank was filled to the brim with gas (see here) and there was a LOT of documentation going on during the trip. These sorts of things are important, since the Taylors often run workshops on driving efficiently and have, over the years, "collected more than 90 world fuel economy and vehicle-related records from drives around the globe." They run the website Fuel Academy.

Mileage experts John and Helen Taylor complete 1626-mile drive in Chattanooga-built Volkswagen Passat TDI®-without stopping for fuel! Herndon, VA (May 7, 2012) – The world's most fuel efficient couple has done it again. John and Helen Taylor were determined to break the record for the farthest distance traveled

on a single tank of fuel. They decided to attempt the record in the U.S. with a stock 2012 Volkswagen Passat SE TDI Clean Diesel vehicle equipped with a six-speed manual transmission. The previous record for the most miles covered on a single tank of diesel was 1526.6 miles, achieved with a VW Passat 1.6 BlueMotion® diesel in Europe.

The result? A new record of 1626.1 miles, achieved on one tank of ultra-low sulfur diesel fuel under real world driving conditions. That's an incredible 99.5 miles better than the old mark. Over the course of three days and driving through nine states, the couple averaged 84.1 miles per gallon, spending only 4.65 cents per mile. The three-day drive commenced on May 3, 2012 in Houston, TX and ended on May 5, 2012 in Sterling, Virginia. To make the drive as realistic as possible, the couple included 120 pounds of luggage and drove during daylight hours to experience normal traffic situations. Additionally, the couple took turns driving and didn't travel more than 14 hours per day.

"We're excited to have broken the record for the longest distance driven on one-tank of fuel," said John Taylor. "The Passat TDI was the perfect car for the trip. It offers plenty of interior and cargo space, yet is frugal enough to help us achieve this record."

The Passat's 2.0-liter TDI Clean Diesel inline four-cylinder engine produces 140 horsepower and 236 pound-feet of torque and with a manual transmission delivers an EPA estimated fuel economy rating of 43 mpg on the highway. The TDI engine is equipped with a Selective Catalytic Reduction System (SCR) that fulfills emissions requirements in all 50 states. The Passat-built at the world's only LEED Platinum certified automotive factory in Chattanooga, TN-was named Motor Trend's 2012 Car of the Year.

"The Passat was engineered and designed to be a comfortable yet fun to drive alternative in the midsize segment. The TDI Clean Diesel version unites driving dynamics and fuel efficiency that isn't found in the competitive set," said Rainer Michel, Vice President of Product Strategy, Volkswagen of America, Inc. "We're honored that the Taylors chose the 2012 Passat TDI as the vehicle to set this outstanding distance record. Their record shows just how economical the Passat TDI can be in the right hands."

Prior to the drive, the speedometer and odometer were calibrated by a state certified testing station in Houston, Texas. Law enforcement officers from the city of Houston, Texas oversaw validation of mileage, fuel fill-up, and gas tank sealing at the beginning of the drive. A Loudoun County, Virginia Sheriff's Deputy verified completion of the drive and mileage prior to removing the fuel tank seal.

The Taylors have made a career out of driving efficiently and conducting workshops globally on fuel-efficient driving techniques. They have collected more than 90 world fuel economy and vehicle-related records from drives around the globe. The couple also provides fuel efficient tips on their website, www.fuelacademy.com. 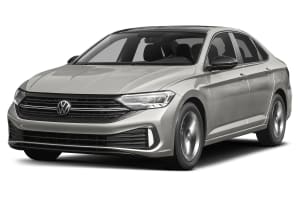 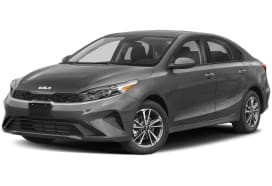