Consumer Reports has just wrapped up an evaluation of subcompact sedans, and the Kia Rio EX has rolled out ahead of the class. The four-door beat out its corporate clone, the Hyundai Accent and the Chevrolet Sonic to take the top spot. Evaluators pointed to the sharp handling and well-optioned interior in the Rio as reasons for the vehicle's win. The newly redesigned Nissan Versa and unloved Toyota Yaris filled out the top five sedans. And what of the baby hatchbacks? CR once again credited the Honda Fit as leader of the pack, followed closely by the Versa Hatchback and Rio Hatchback.

The organization found fault with the base Chevrolet Sonic's fuel economy, and found the turbocharged LTZ model to be too expensive. Evaluators also felt the Sonic Turbo "didn't live up to its sporty aspirations."

We'll politely agree to disagree on that one.

All of the vehicles in the evaluation are either too new or scored too low in CR evaluations to earn a coveted Recommended rating. Hit the jump for a look at the full press release and debate amongst yourselves in Comments.
Show full PR text
KIA RIO TOPS HYUNDAI ACCENT & CHEVROLET SONIC IN CONSUMER REPORTS' TESTS OF SUB-COMPACT SEDANS

The Rio's hatchback version scored lower, but sits firmly in third place behind the previously tested and higher-rated Honda Fit and Nissan Versa SL among the subcompact hatchbacks tested with automatic transmissions.

Consumer Reports found the new Chevrolet Sonic to be a relatively refined model that offers a quiet cabin for the class, agile handling, and excellent braking. But testers found the Sonic's fuel economy is mediocre in this segment. CR also tested a top-level Sonic LTZ hatchback with a turbo engine and a manual transmission, but it was expensive at nearly $20,000, and didn't live up to its sporty aspirations.

The Hyundai Accent GLS sedan and Accent SE hatchback were not overly fancy, but they hit the mark for basic, sensible transportation and are good values. Fuel economy also approaches the best in this class.

Rounding out the latest test group were the unimpressive redesign of the Nissan Versa sedan and the perennially low-scoring Toyota Yaris hatchback. Prices for the test group range from the Nissan Versa's $15,490 to the Sonic LTZ hatchback's $19,870.

The Accent, Rio, Sonic and Versa sedan are too new for Consumer Reports to have reliability data. The Sonic LTZ hatchback, Versa, and Yaris all score too low for CR to Recommend. Consumer Reports only Recommends vehicles that have performed well in its tests, have at least average predicted reliability based on CR's Annual Auto Survey of its more than seven million print and Web subscribers, and performed at least adequately if crash-tested or included in a government rollover test.

The full report on subcompact sedans and hatches will be available on www.ConsumerReports.org on March 22 and in the May issue of Consumer Reports on newsstands April 3rd. Updated daily, Consumer Reports.org is the go-to Website for the latest auto reviews, product news, blogs on breaking news and car buying information. Check out CR's ongoing Twitter feed at @CRCars.

The subcompact segment has seen a flurry of recent activity and intensified competition. All of the models in Consumer Reports latest tests were redesigned for the 2012 model year. Previous subcompact tests included the refined Ford Fiesta and sporty Mazda2, both new for 2011. The top-scoring Honda Fit is a earlier design, dating from 2009.

The Kia Rio is a solid and well-equipped car. It benefits from nimble handling and very simple controls and provides plenty of features for the price. The Rio sedan is the top-scoring car in its class while the competent hatchback ranks midpack. The Kia Rio EX sedan ($17,275 MSRP as tested) is powered by a 138 hp, 1.6-four-cylinder engine that has decent power and gets 30 mpg overall, one mpg better than the tested EX hatchback ($17,475 as tested.). The six-speed automatic transmission shifts smoothly. Ride and noise can't escape typical subcompact limitations, but both are tolerable. Braking is Very Good. The sedan's trunk is roomy while the hatchback's small back window reduces rear visibility.

The redesigned Hyundai Accent scores near the top of CR's Ratings in both sedan and hatchback versions It shares its platform and powertrain with the Rio but gets better fuel economy. The Accent's suspension provides some isolation, but road bumps still punch through and there's some highway jiggling. Road and wind noise intrudes, but it's tolerable. The Hyundai Accent GLS sedan ($16,050 MSRP as tested) is powered by a 138 hp, 1.6-liter four-cylinder engine and a smooth-shifting six-speed automatic transmission. This combination provides adequate power and gets 31 mpg overall in CR's own fuel economy tests. CR also tested an Accent SE hatchback ($16,695 MSRP as tested.) Equipped with a smooth shifting six-speed manual transmission, the SE hatchback gets 32 mpg overall. The SE's sportier suspension tuning and bigger tires improve handling. Braking is Very Good. Both interiors are basic, with nicely textured but hard plastics.

The Chevrolet Sonic has responsive handling and excellent brakes. The well-isolated ride is comfortable for the class and the cabin is relatively quiet. The Chevrolet Sonic LT sedan ($17,920 MSRP as tested,) is powered by a 138 hp, 1.8-liter four-cylinder engine that accelerates quickly but only gets 28 mpg overall, unimpressive for this segment. The six-speed automatic transmission shifts smoothly. CR also tested a top-level Sonic LTZ hatchback ($19,870 as tested) with the optional 1.4-liter turbocharged four-cylinder engine and a six-speed manual. This combination delivered 30 mpg overall and brisk acceleration from a start, but maintaining highway speed on even small inclines requires lots of downshifting with the balky manual shifter. Some motorcycle-inspired touches, like a digital gauge cluster, liven up the otherwise basic interior.

The redesigned Nissan Versa sedan doesn't measure up to the previous model. The changes plunged it from the top of CR's ratings to the bottom. The loud engine's whirring can be overwhelming and offensive. The ride isn't bad, with good road isolation, but it's jittery on the highway. The budget-priced Nissan Versa SL ($15,560 MSRP as tested,) is powered by a 109 hp, 1.6-liter four-cylinder engine that gets an excellent 32 mpg overall but returns just average performance. The continuously variable transmission is smooth but often makes the engine whine loudly. Braking is Very Good. The interior is rudimentary. Among the few positives is a spacious rear seat and trunk. The Versa hatchback remains the old design for now and is a much better all-around car.

Despite being redesigned, the Toyota Yaris is still bare-bones transportation. It's noisy, the ride is choppy and the interior is austere. Instrument layout and driving position were improved, but pedal and steering wheel placement remain awkward. Handling lacks agility, and the car is slow to accelerate. The Toyota Yaris LE ($17,920 MSRP as tested) is powered by a 106-hp, 1.5-liter four-cylinder engine provides just adequate performance but an excellent 32 mpg overall. Shifts from the dated four-speed automatic transmission can be rough. Braking is Very Good. The interior uses mostly cheap, hard plastics. The cargo area is small but the rear seat is spacious for the class. 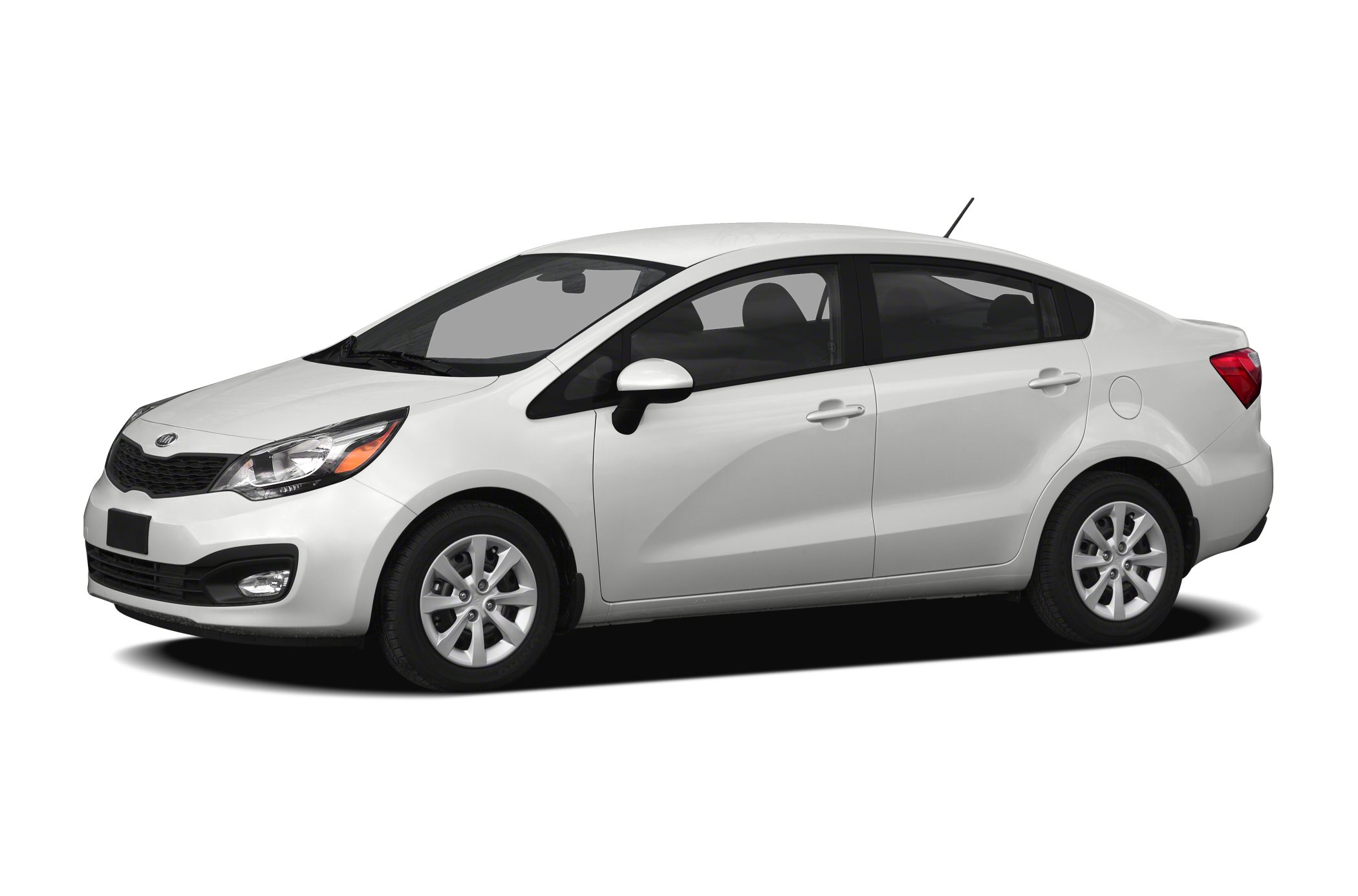