John Neff
Chevrolet continues its onslaught of Super Bowl ads released before this Sunday's big game, clearly hoping that volume plays in its favor when the points are tallied by marketing analysts on Monday.

Today's commercial, entitled "2012," stars the Chevrolet Silverado in a post-apocalyptic world. In this ad, Chevy reminds us of its oft-repeated statistic that its trucks are the longest lasting, most dependable trucks on the road, and it does so by imagining that the Mayans were right and that 2012 is our last year on Earth.

It's a well-done spot with lots of fun things to focus on – we're even amused by the soundtrack, which isn't what we'd immediately expect to hear as the backing music following life after an Extinction Level Event.

Follow the jump to view the end of the world through Chevy's eyes. 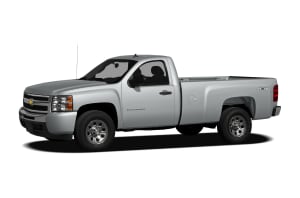