Jeff Sabatini
Lexus has a redesigned GS that it truly believes can compete with the likes of the BMW 5 Series and Mercedes-Benz E-Class. So it's going where the eyeballs are with its marketing, ponying up for the brand's first-ever Super Bowl ad. Lexus' commercial is just a 30-second spot, joining the likes of Acura, Audi, Cadillac and other brands buying time during the big game.

Click past the jump to watch the whole ad.

TORRANCE, Calif., January 31, 2012 – Following the teaser ad released in mid-January, and no longer able to keep the full spot contained, Lexus has unleashed "The Beast," the company's first-ever Super Bowl commercial, prior to Super Bowl XLVI on Sunday, February 5 on NBC.

The :30 second commercial features the all-new 2013 GS as it breaks free from containment, illustrating the company's move in a new design direction for the brand. The spot also hints at the additional new vehicles Lexus will unveil later in the year, which are waiting in the wings for their turn to burst onto the scene.

"The all-new Lexus GS is showcased in this ad because it's the first model to feature the new look of Lexus and it's also the first of nine new or updated models we'll launch this year," said Brian Smith, Lexus vice president of marketing. "This spot looks very different than anything Lexus has done before and demonstrates to the 50-million-strong Super Bowl audience that 2012 will be a breakthrough year for Lexus."

The :30 second commercial is scheduled to air at the end of the first quarter of Super Bowl XLVI. An early look at the commercial can be seen today on Lexus social media channels, including Facebook.com/Lexus and YouTube.com/Lexus. 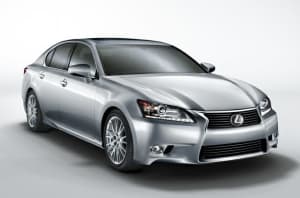