Jeff Sabatini
"Are you that drunk," the officer asks, "that you did not realize that your car was on fire and you were sitting in a burning car?"

With smoke pouring from under the hood of the Pontiac Bonneville, Officer Eric Hornbacher of the Grand Rapids, MI, police force had just helped the driver from his vehicle, incredulous that he was unaware of the potentially life-threatening situation.

According to Mlive.com, the police were summoned to the fiery sedan shortly after four in the morning, when neighbors raised the alarm about a vehicle that had been revving its engine for an hour. Apparently the driver, who was later arrested, had fallen asleep with his foot on the gas pedal, according to the report. The car was already on fire when the officer pulled him out, but it wasn't a minute or two after he had removed the driver that the entire vehicle was engulfed in flames.

"It is a good feeling knowing that he's okay," Hornbacher told Mlive, "Granted he went to jail that night, but at least he went somewhere."

Watch the crazy police dash-cam video and an interview with the officer after the jump. 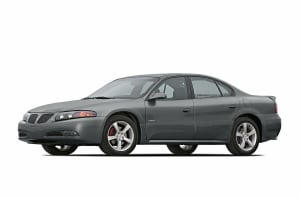