Zach Bowman
The web has fired up an interesting bit of rumor concerning the next-generation Mazda6. British auto magazine WhatCar? reports that a shadowy senior official within the Japanese automaker has confirmed that a coupe version will bow after the current sedan's successor debuts in a little over a year.

The 2013 Mazda6 is set to hit the market in January 2013, and WhatCar? reports that the coupe version may not touch down until 2014 or later. That's a long, long way off, and there's no guarantee that, even if the model becomes a reality, it will be sold in the States. All of which means we're taking this one with a Mazda6-sized grain of salt.

Still, WhatCar? reports the coupe version of the Mazda6 will make use of the same SkyActiv tech found in the four-door, including a weight-saving design, small displacement engines with forced-induction and new transmissions. Still, we like the sound of an attractive two-door designed to give the Honda Accord Coupe and Nissan Altima two-door some competition, especially if it comes packing excellent fuel economy. 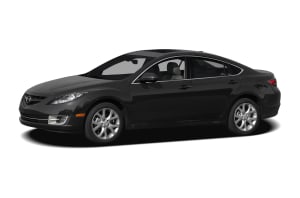