Human vs. Lincoln MKT: Who is better at parallel parking?

Zach Bowman
Auto journalist Ezra Dyer has thrown down the parking gauntlet on the Lincoln MKT in a battle for ultimate supremacy. Dyer fancies himself a fairly skilled parallel parker, and wanted to test his mettle against the self-park feature on the MKT. Armed with a tape measure, a video camera and a healthy distrust of all things mechanical, man squared off against crossover.

How'd it go? Dyer put up a healthy fight by managing to get the Lincoln closer to the curb than the vehicle's software could manage. Unfortunately, he was also slightly more askew in the spot than the self-park feature. The final score put our inevitable robotic overlords ahead of the human resistance once again.

We'll admit that we aren't necessarily fine with notion handing over vehicle control in any situation – parking or otherwise. We'll still take solace in the fact that the MKT can't hand brake itself into that same spot. Hit the jump to check out the video, then let us know in Comments how you feel about the proliferation of self-park technology. 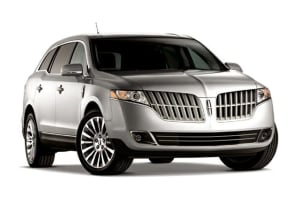