According to a new report, Land Rover will soon adopt a global naming structure that allows the company's products to carry the same nomenclature around the world. Currently, Land Rover sells the LR4 and LR2 here in the United States, but overseas, these vehicles are better known as the Discovery and Freelander, respectively.

This isn't a huge leap for Land Rover to make. After all, even before the LR4 (well, LR3) debuted in 2004 as a 2005 model, its predecessor was called the Discovery here in North America. The same applies with the LR2, which was previously known as the Freelander. While those old names evoke both positive and negative feelings within the minds of both enthusiasts and buyers, the recognition is still there, something that apparently can't be said for the company's current alphanumeric naming conventions.

Car and Driver reports that these naming changes will be coming within the next five years, when the successors for the current LR4 and LR2 arrive. 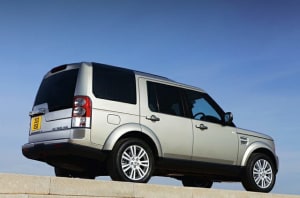