Chris Shunk
It has been a tough year for recalls at Honda. Just last month, the automaker recalled 1.51 million vehicles in the U.S. for an engine stall issue. In May Honda recalled another 833,000 vehicles for an airbag issue.

Now Honda is adding another 86,000 vehicles to the tally for a pair of issues. The Detroit News reports that the automaker is recalling 80,111 2006 CR-V vehicles to replace the power master switch. The recall comes after the U.S. government had five reports of driver door fires that resulted from faulty switches, and Honda says the issue occurs when the switch allows residue from interior cleaners to accumulate. The cleaners could eventually wear out electrical contacts, which would lead to a fire.

Honda also announced that 5,626 2011 CR-Z models with manual transmissions are being recalled to update electric motor controls software. Honda has received complaints of roll-away problems that occur when the battery is low on juice and the engine is stalled. When this happens, it's possible for the electric motor to rotate in the wrong direction, and when the brakes aren't engaged, the vehicle can roll backwards even when the transmission is in a forward gear. Sounds confusing - and dangerous. Honda will reportedly begin notifying owners of the affected vehicles sometime in September. Full details from Honda in the press blast below the fold.
Show full PR text
Statement by American Honda Regarding Two Recalls: 2006 Honda CR-V; 2011 Honda CR-Z with Manual Transmission

Honda will notify affected owners of two voluntary recalls in the U.S. in late September 2011.

Honda will voluntarily recall 80,111 CR-V vehicles from the 2006 model year in the U.S. to replace the power window master switch. The design of the power window master switch can allow residue from interior cleaners to accumulate, which can, over time with switch use, cause the electrical contacts to degrade and may lead to a fire in the switch. No injuries or deaths have been reported related to this condition.

Additionally, Honda will voluntarily recall 5,626 CR-Z vehicles from the 2011 model year in the U.S. that are equipped with manual transmissions to update the software that controls the hybrid electric motor. In the affected vehicles, when the gasoline engine has stalled with the IMA battery in a very low state of charge and the transmission in gear, it is possible for the electric motor to rotate in the direction opposite to that selected by the transmission. If this occurs and the driver has not engaged the brakes, the vehicle may slowly roll in an unexpected direction (e.g., backwards when the transmission is in a forward gear), potentially leading to a crash. A software update will add further controls to correct the problem. No injuries or deaths have been reported related to this condition.

Honda is announcing these recalls to encourage all owners of affected vehicles to take their vehicles to an authorized dealer as soon as they receive notification of a recall from Honda. Notification to customers will begin in late September, 2011.

When Honda identifies concerns of this nature, nothing is more important to the company than fulfilling our obligation and responsibility to alert our customers. To this end, in addition to contacting customers by mail, after late September, owners of these vehicles will be able to determine if their vehicles require repair by going on-line to www.recalls.honda.com or by calling (800) 999-1009, and selecting option 4. 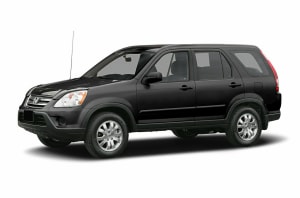