Not every 3D project requires cumbersome glasses and a $20 IMAX ticket. Hot Wheels showed us an innovative way to advertise its product using a large projector and some imagination. Now, Lexus is using the same style to tout its CT 200h, and it's using a Los Angeles landmark to play background duty.

First opened in 1927, the Roosevelt Hotel is a piece of classic California situated right on Hollywood Boulevard. It's said that Marilyn Monroe's ghost haunts one of the hotel's mirrors, and we can't help but wonder what she'd think of the 2011 Lexus CT 200h running wild on the side of the Roosevelt. We also wonder what you think of Lexus' three-dimensional advertisement, so follow the jump to watch the clip then sound off in the comments. 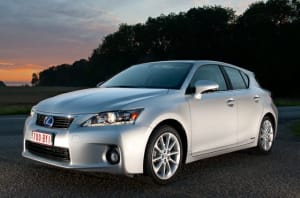