It's a cross between a wagon and sportback body shape There’s a new Geely concept car, and it’s called the Vision Starburst. It’s not based on the fruity and tasty Starburst you’re thinking of, though. Instead, Geely says it used the “expanding cosmos” and “the birth of a new star” to shape its design philosophy.

Its body shape is closest to a wagon or sportback, but doesn’t tilt too heavily in either direction — Geely does not label it. Geely says it tried to make the front its most visually striking element. The front grille and air intakes are highlighted by a massive LED light bar that extends both sideways and down. Geely doesn’t fully explain what sort of powertrain is making the Vision Starburst go, but it suggests that the car requires charging, leading us to believe that it’s an electric car. How much power? We’re unsure, as it’s just a concept.

Geely says the lighting is meant to echo the theme of energy releasing from a starburst in the cosmos. The taut, muscular lines down the vehicle’s sides give it a sense of speed, and we’re digging the strange, illuminated venting found around the wheels, too. Designers say those wheel arch lights will illuminate in different colors and provide different effects depending on the situation. For example, the car has different programs for when it’s parked, in motion and being charged. 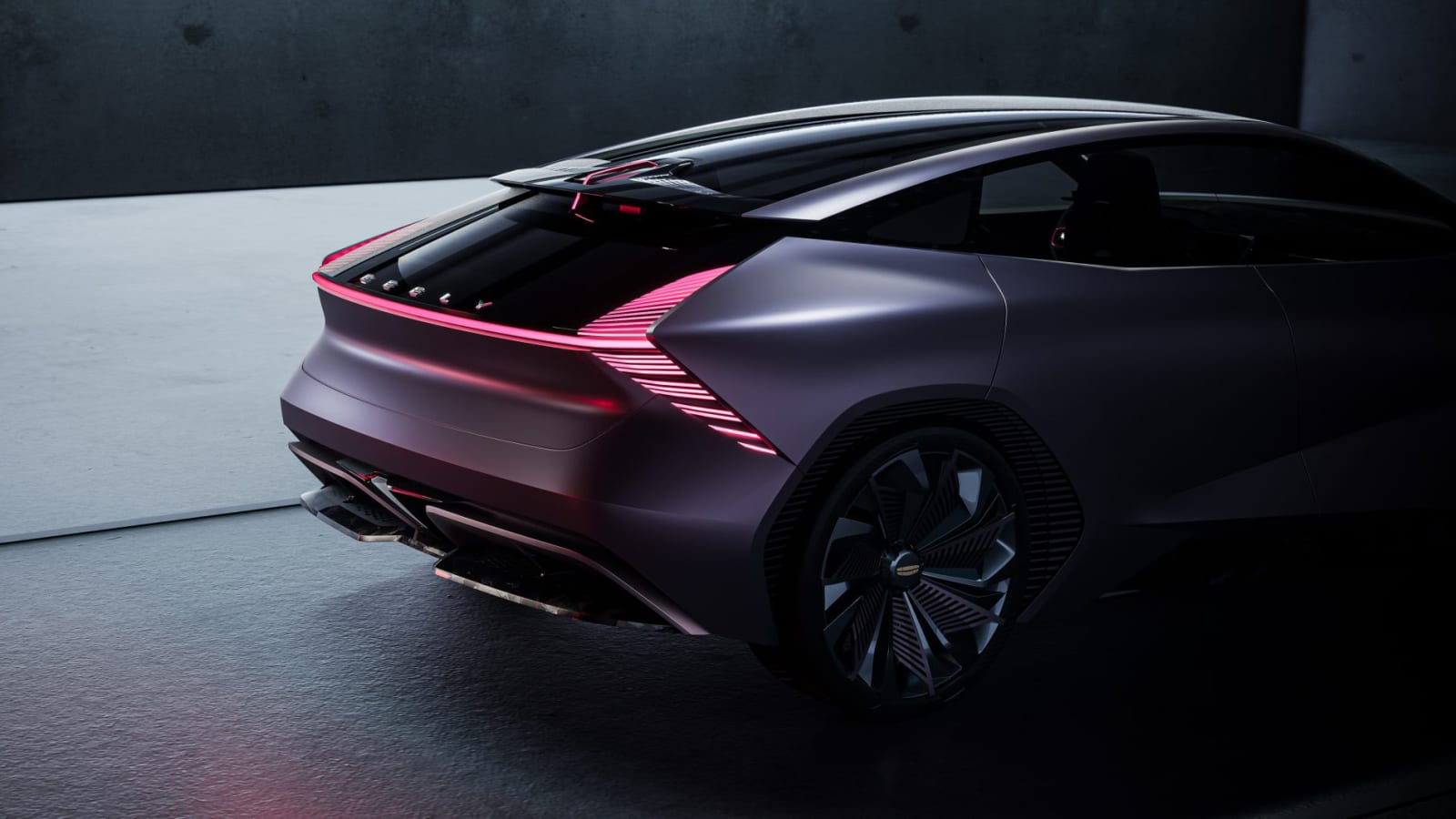 This car’s best view has to be from the rear. The taillight design takes center stage as it highlights the sharply angled rear window. There’s a whole lot going on below the rear hatch, but it all hangs together in this aggressively styled EV. It’s low-slung and looks like it’s ready to pounce forward.

Open the bizarre upward-swinging doors that leave an uninterrupted path into the cabin, and you’re met with an interior that continues the exterior’s theme. Ambient lighting and abrupt, sharp angles can be seen throughout the interior. The idea Geely was aiming for was to create things in the cabin that look “borderless” or “boundless,” sort of like space. The center console appears to be floating in air, and the shifter is designed as a hollow piece. Interior lighting changes depending on the state of the vehicle, just like the wild wheel arches.

Geely says this particular car won’t be translated into a production vehicle, but it teased that many aspects of the design language will be borrowed for future products.