For the individual who needs three rows, finds themselves under attack frequently, but fancies themselves a BMW

Inkas produces a wide range of armored vehicles, and its newest offering is an armored BMW X7. It comes in either inline-six or two V8 variants (the M50i or Alpina XB7), but a V8 is surely the way to go with all the extra weight in body armor. Appearance modifications to the exterior are hardly noticeable, but you’ll see that this M50i is equipped with an emergency lights package in the video above.

What you can’t see is what's most important. Inkas says its armor meets “CEN 1063 BR6 ballistic standard,” which is just fancy speak for the type of damage it can protect you from. It can withstand 7.62x51mm or .308 Winchester FMJ ammunition. Additionally, it’ll live through the explosion of two hand grenades detonated simultaneously. You might ask: Won’t the bad guys just use 3 grenades? Don’t worry too much, though. You’ll be safe from the ones who don’t like reading about armored cars. There’s a preview of all the armored bits in the video. You can see the reinforced door seals, and thicker glass that Inkas is using. A few optional items are available for purchasing, too. Inkas will retrofit the car with sirens, a PA system, air filtration devices, night vision, a smoke screen system and fire suppression system. All of these combined will turn the BMW X7 into a veritable fortress of protection, so long as you’re willing to compromise some of the Ultimate Driving Machine life to provide for an Ultimate Protection Machine.

Inkas does not list a price online for the X7 conversion yet, but you can count on it being rather expensive. An armored Bentayga conversion with just the armor and nothing else will run you $130,000. Start tacking on some extras, and the price will only go up. 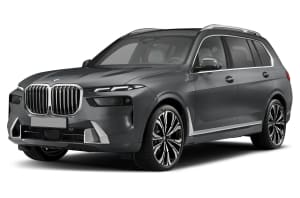 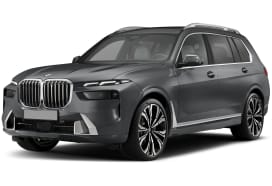