Yep, it's still a pickup

We're getting our best look yet at the new Ford Maverick thanks to a photo of a still-camouflaged prototype that appears to be sitting alone on an assembly line. While it's still wearing some of its disguise and quite a few bits are missing, this is the first time we've seen such little covering on the baby pickup's nose.

Things have been quiet on the Maverick front for the past couple months, but today's leaked image (coming to us in a tip from mavericktruckclub.com) shows us a handful of things we haven't seen before. The prototypes spied on public roads thus far have worn camouflage over what appeared to be a Bronco Sport front end. We can see from this that the Maverick will get a visually distinct nose, despite likely riding on the same fundamental platform.

If there was any lingering question as to whether this would be part of the baby Bronco family, this pic offers convincing evidence that it won't. Instead, the look seems to split the difference between the Bronco Sport and the midsize, rear-wheel-drive Ranger. Ford has kept relatively mum about the Maverick project, but there are a few things we do know. For starters, it's going to ride on a unibody, front-wheel-drive platform. As you can see in the spy photo below of the Maverick's rear suspension, at least one variant is riding on a twist-beam style setup with no rear differential in sight. 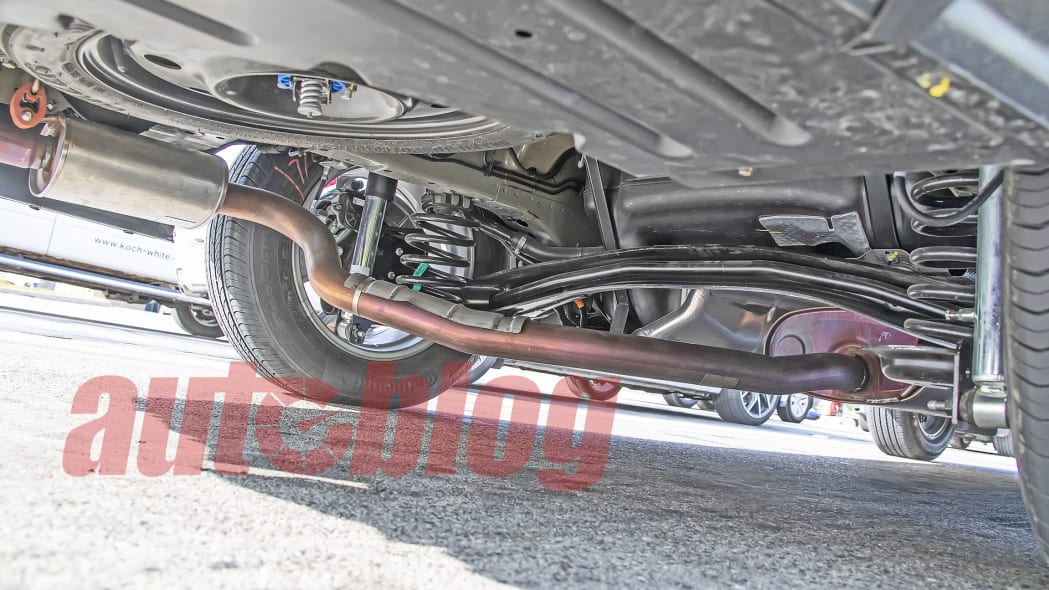 It's difficult to say for certain from the angle of this photo, but it's possible that Ford will offer the Maverick with two different rear suspensions: one for base-model, front-wheel-drive variants and another designed to accommodate power going to the rear. The smart money would be on an all-wheel-drive system similar to what Ford offers in the Escape and Bronco Sport, likely without the latter's fancy (and optional) off-road setup, though we certainly have no reason to completely rule out the possibility of Ford offering a beefier version for those who need the extra capability.

We're calling the Maverick a 2022 model here, but that's far from a given. As is the case with the details of the trucklet itself, Ford has kept tight-lipped about the Maverick's production timeline. We expect the company is hoping to clear the hurdle of getting the Bronco Sport and larger Bronco into the hands of customers before pivoting to production logistics for its new baby pickup.