And our own Byron Hurd just bought one

This past summer, I unloaded my 2013 Dodge Challenger, reducing the size of my personal fleet by a third and leaving me with just my 2011 Wrangler and 1990 Miata. Both are interesting and fun, but neither is a highway cruiser. The big Dodge filled that role splendidly, but it was tough to justify the astronomical costs of insuring such a car in the Detroit metro area while working from home. Carvana gave me an offer I couldn't refuse, I walked away only about $1,500 and a set of tires lighter than I was when I purchased it. Not bad, right? (Yes, you sold your Challenger. Booo! -Ed.)

Since, I've been looking for a suitable highway beater to fill that void. Something cheap, relatively comfortable, utilitarian and reliable. My ownership history steered me in the direction of an early-aughts Ford Focus or Mazda3, both of which I'm familiar with and quite comfortable working on. Finding them in any sort of decent shape with the options I wanted (manual, cruise control) proved more difficult than I'd initially expected. Enter the Matrix.

A 2003 Toyota Matrix XRS, to be precise. I found it in my almost-daily classifieds searches while spending the holidays quasi-quarantined in an RV in my parents' driveway in Las Cruces, New Mexico. (Wow, doesn't that sound fun? -Ed.) Turns out southern New Mexico is both a great and terrible place to shop for cheap used cars: cars are free from rust but the selection is poor. I drove a couple of Focuses and even inquired after a Lexus LS on a lark, but nothing really grabbed me until I spotted this little black hatchback.

I have a bit of a soft spot for recession-era sport compacts. I owned and enjoyed a 2008 Mazdaspeed3, which was one of the stand-outs of that generation of enthusiast cars, of which there were plenty. In fact, there were so many of them available that quite a few interesting (but comparatively underwhelming) cars flew right under the radar -- not because they were bad, necessarily, but because the best were just that much better. 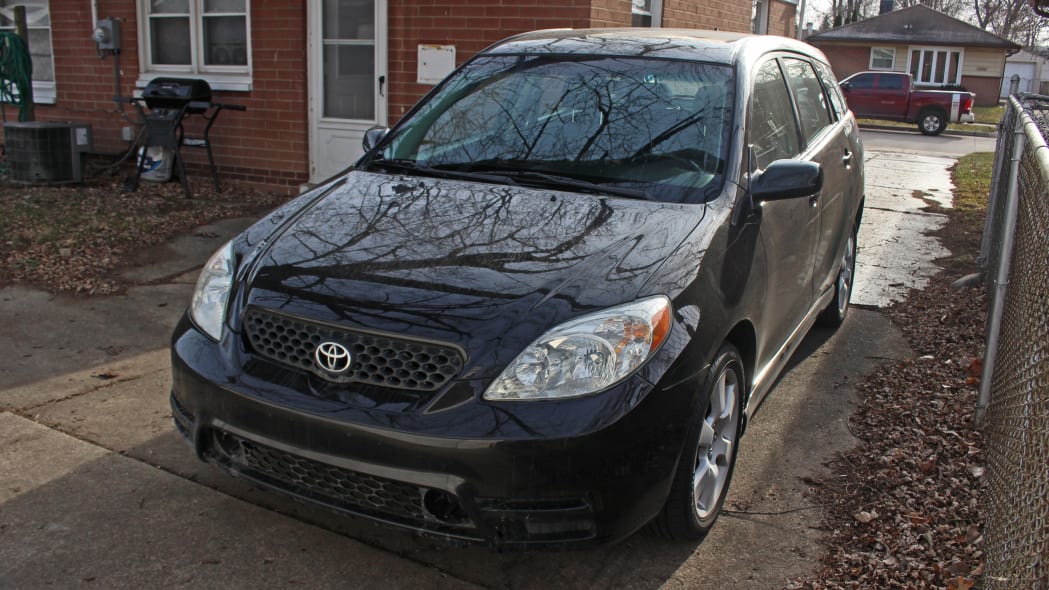 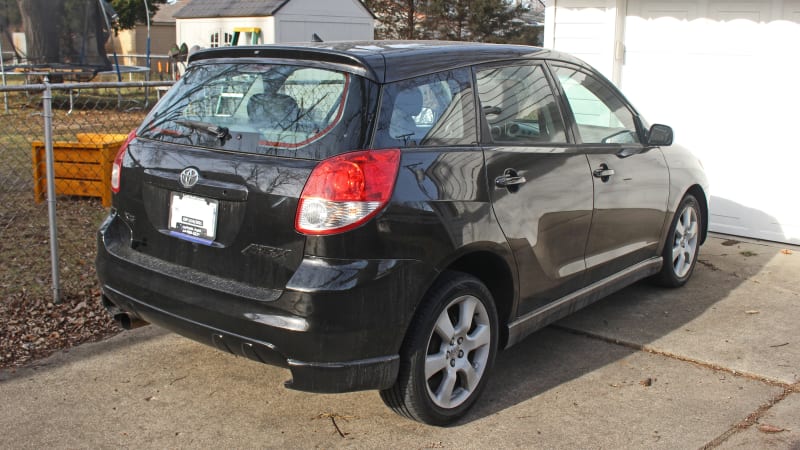 The Matrix XRS (also sold as the Pontiac Vibe GT) didn't set the world on fire, but it's nonetheless a fascinating little artifact of the days when even the mundane might benefit from an interesting parts-bin maneuver. In the case of the XRS, that pull happened to be the powertrain, which consisted of the 180-horsepower 2ZZ-GE 1.8-liter engine and six-speed manual transmission lifted from the Toyota Celica GT-S. Variants of that engine were also put in the Corolla XRS (of which the Matrix is merely a hatchback variant) and, later, a wee British lass by the name of Elise.

When I saw the listing, I knew I'd found what I was looking for. With the used car market being utter chaos, the Matrix cost me about $1,500 more than it probably would have a year ago. It's 18 years old with more than 140,000 miles on the clock, but it is (mostly) a Toyota, and with its age comes a degree of simplicity that kept my expectations fairly low. It was originally purchased in Indiana, but immediately moved south, living out its previous lives in west Texas and southern New Mexico.

I'm not one to name cars. Even my Plum Crazy 392 was just "the Challenger." The definite article is a fixture of my garage, with the occasional adjective thrown in — "the stupid Miata," for example. The descriptors are occasionally more colorful, depending on my mood. That said, if I were to break with tradition, "Neo" seems an appropriate moniker for a vintage Toyota Matrix with an enthusiastically over-sprayed coat of black paint, does it not?

Unlike the Elise (or really anything else offered with this powertrain), the Matrix was no featherweight. Checking in at about 2,800 pounds, it was one of the precursors of the baby crossover explosion. It also came from an era when Toyotas were, shall we say, quite obviously built to a price. The XRS eschewed the all-wheel-drive model's independent rear suspension in favor of a twist-beam setup, for example, and because American-market examples were a product of Toyota's partnership with GM, there was some cross-pollination that resulted in some odd production and service quirks.

I'll get into that a bit more in a separate piece, in which I'll touch on all the highlights and lowlights, including the mixed bag that is purchasing a cheap car from a desert climate. For now, welcome the newest member of the Autoblog team. 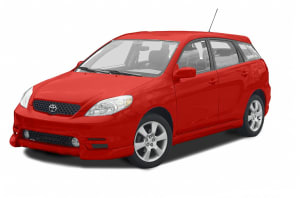