The first Targa sold in its home country, it was discovered in a Long Island garage The first Porsche 911 Targa ever sold in Germany, discovered as a barn-find on Long Island, has now been factory restored.

This car is one of 925 early short-wheelbase, soft-window versions of the 911 Targa. This car was delivered to the Dortmund, Germany, Porsche dealer on January 25, 1967 and was used as a demonstrator. The Polo Red sports car was highly equipped, with leather seats, a tinted windshield, a Blaupunkt Kölm radio, halogen fog lamps, a Webasto auxiliary heater, and an outside thermometer. In 1969, it was sold to a U.S. buyer. After eight years on the road in America, the car was parked in a garage in Long Beach, New York in 1977, covered with a plastic tarp, and seemingly forgotten for the next 39 years. 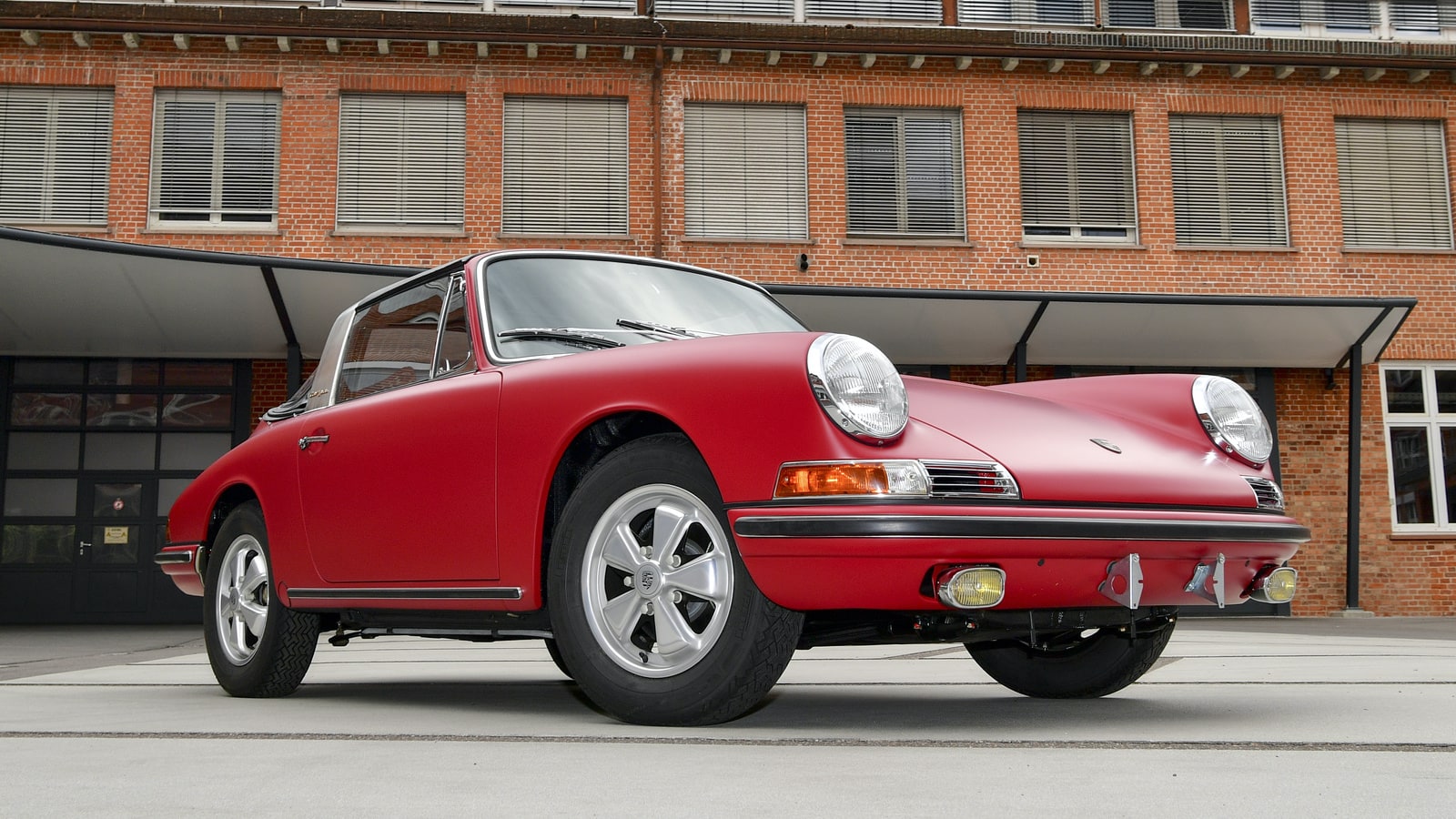 In late 2016, it was discovered by a Porsche collector. As the pictures show, it was in a dilapidated condition, but it was complete. The car was sent back to its birthplace for a full restoration. Porsche Classic Factory Restoration fully disassembled the car. The bodywork alone reportedly took 1,000 hours. Naturally, all factory-correct parts were used in the restoration, and the entire process took more than three years. There's no word on cost, but presumably, the work was carried out on a price-is-no-object basis. And the owner must be satisfied with the result since he has already commissioned another car for a Porsche Classic Factory Restoration, this one an early 928.