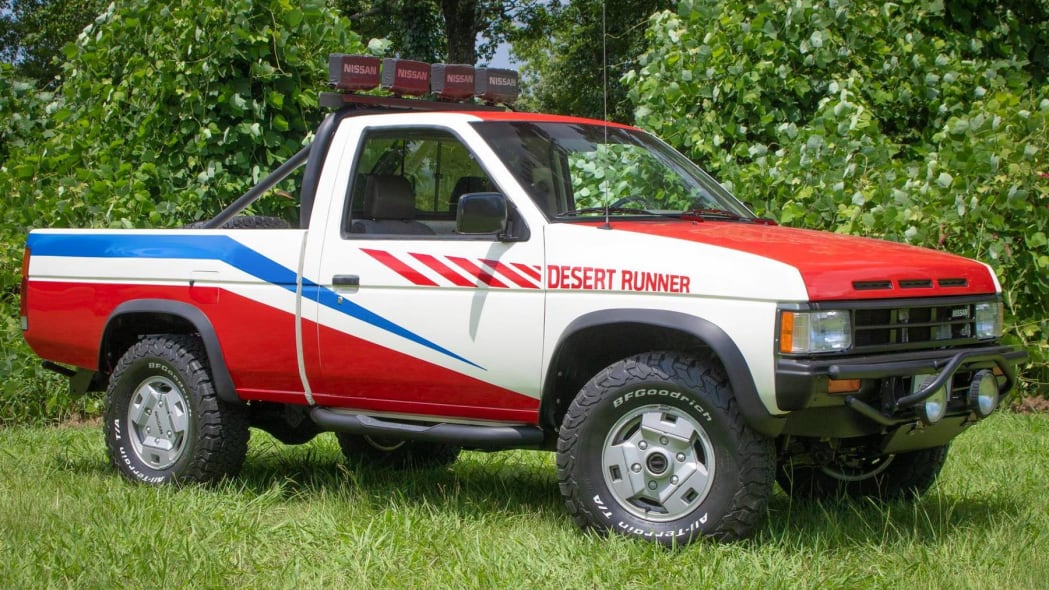 It's usually Toyota compact pickups that first spring to mind when talking longevity or off-road ability, but Nissan's compact trucks have some credibility in those areas as well, as demonstrated by this 1988 Nissan Hardbody Desert Runner pickup. Up for offer right now on the auction site Cars & Bids, this Hardbody 4x4 also sports an extroverted red-and-blue graphics package that makes this Nissan pickup guaranteed to turn heads.

We will admit to having totally forgotten about this original Desert Runner — or, more accurately, having never been aware of it. (The nameplate was resurrected for and an off-road-themed 4x2 Frontier offered from 2002 to 2004 and again from 2013 to 2019.) This 1988 model reportedly was a one-year-only special edition that was built to commemorate Nissan's off-road racing effort, which included running in the Baja 1000, the Gold Coast 300, and the Mint 400. The standard Nissan 3.0-liter V6 is backed up by a five-speed manual gearbox and four-wheel drive with a two-speed transfer case. The package includes 31-inch tires on chunky triangle-styled wheels, a bed-mounted spare tire, a front push bar with driving lights, a front skid plate, tubular step bars, a roll bar with more driving lights, and a tailgate net. It's believed 1,000 were made.

Of those, we don't know how many survive, but it might be more than a few if the longevity of this example is anything to go by. Impressively, this pickup has traveled nearly 263,000 miles. True, it has undergone some restoration. The clutch, power steering pump, and timing belt have been replaced by the selling dealer. The truck has also received new upholstery, a repaint in its original white, and replacement graphics. A lifetime spent in Alabama has helped keep rust at bay.

This truck previously appeared on Bring a Trailer, where a top bid of $11,500 failed to meet the reserve. Given the insane valuations that even mundane Toyota pickups from the same era have been bringing, we'd say this Hardbody deserves more — especially as it includes a Nissan Mint 400 baseball cap from 1988, truly the pièce de rèsistance. 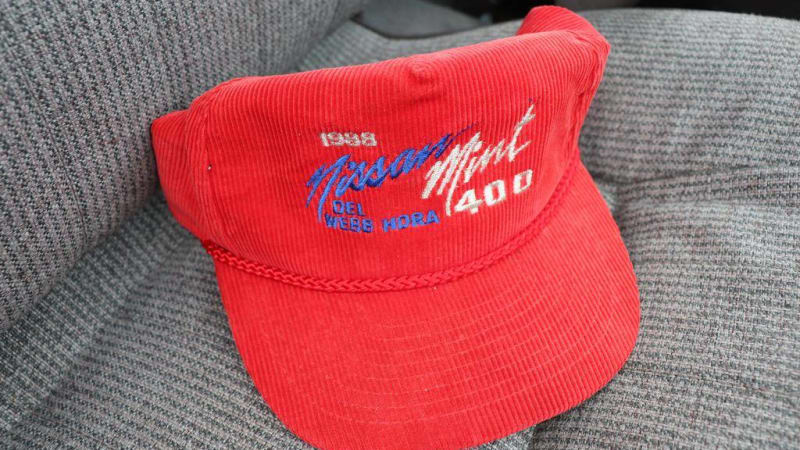