Let's see how the Bronco racer fares this time around 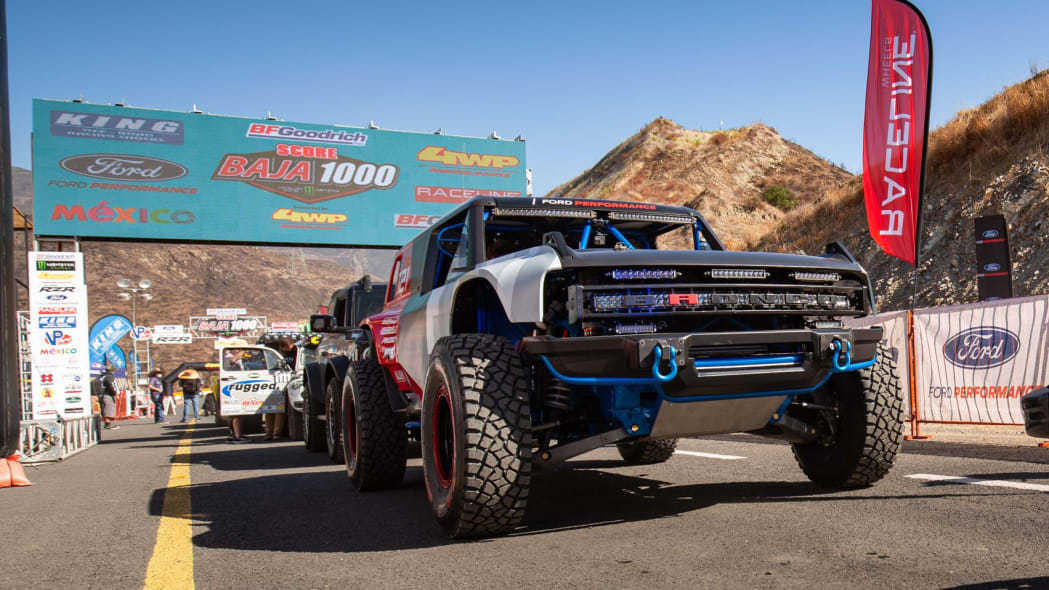 Ford is headed back to the Baja 1000 with the Bronco R race prototype for a second year in a row. Last year Ford entered, but did not finish the race due to a number of problems. This year, Ford is surely hoping for more success.

Ford is only entering the single Bronco R race prototype. It will be supported by a pre-production 2021 Bronco two-door in Outer Banks trim that is equipped with the Sasquatch Package. Both Cameron Steele and Shelby Hall will take turns behind the wheel of the Bronco R. You may recognize Hall's name from her victory at the Rebelle Rally with a Bronco Sport. Ford will also give seat time to a team of veteran Ford off-road racers including Johnny Campbell, Curt LeDuc and Jason Scherer.

Similar to last year, Ford will use this opportunity to validate and test parts of the production Bronco, since a huge number of the parts used in this race truck are used in the Bronco that will be sold to customers. A couple examples include the completely stock 2.7-liter twin-turbo V6 and 10-speed automatic transmission. It’s also using the same T6 chassis underneath as the production Bronco, albeit with a number of suspension modifications for the terrain.

The team will also be testing the Baja G.O.A.T. mode calibration. For those wondering what Baja mode does, Ford says the engineers designed it to “optimize throttle responsiveness using anti-lag strategies first employed in the Ford GT to keep the twin turbochargers spooled-up, and then [they] mapped a more aggressive shift schedule for maximum engine torque.” And honestly, that’s pretty cool to know that the Baja mode of your Bronco was dialed in on the actual Baja 1000.

The race starts today. We’ll be watching out for news on how this Bronco performed once it ends over the weekend.