Over time, GM plans to offer electric vehicles across its lineup, from below $30,000 to over $100,000, with a goal of "putting everyone in an electric vehicle," Barra told investors Thursday during a conference sponsored by Barclays.

Barra said EVs could help GM expand sales in the United States by as much as 280,000 vehicles a year in coastal states where the company's brands are weak. "We want to be No. 1 in EVs in North America," Barra said.

GM plans to increase spending on electric and autonomous vehicles to $27 billion by 2023, up 35% from previous disclosed plans, she said. The automaker also plans to speed the launch of a dozen new electric models. 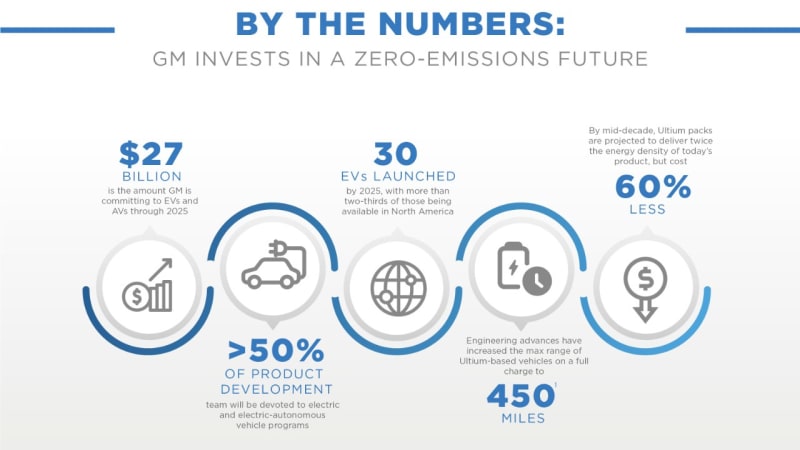 GM's ambitions to be the leading electric vehicle producer put it on a collision course with Tesla and German automaker Volkswagen AG, which last week outlined an $86-billion electric vehicle investment plan. GM and VW compete head to head in China.

GM shares rallied into positive territory after Barra outlined her EV strategy. Tesla shares were up 3% on Thursday, pushing the carmaker toward a $475-billion market capitalization that is almost eight times greater than GM's.

Some investors have pressed Barra to separate GM's electric vehicle operations from the automaker's profitable, legacy internal combustion business. Asked about a spinoff of GM's skateboard or battery operations, Barra said, "We don't think it has to be separated."

Instead, Barra emphasized the advantages she sees in integrating internal combustion and electric vehicle businesses, noting that EVs can share up to 70% of the components used in traditional vehicles.

GM will boost battery-making capacity at the plant it is building in northeast Ohio with South Korea's LG Chem and will increase the number of plants in which it builds electric vehicles, Barra said.

Tesla's soaring market capitalization, and growing pressure from regulators to phase out carbon-emitting gasoline engines, has put pressure on established automakers to accelerate production of electric vehicles, even though for now those models promise less profit than current trucks and SUVs. 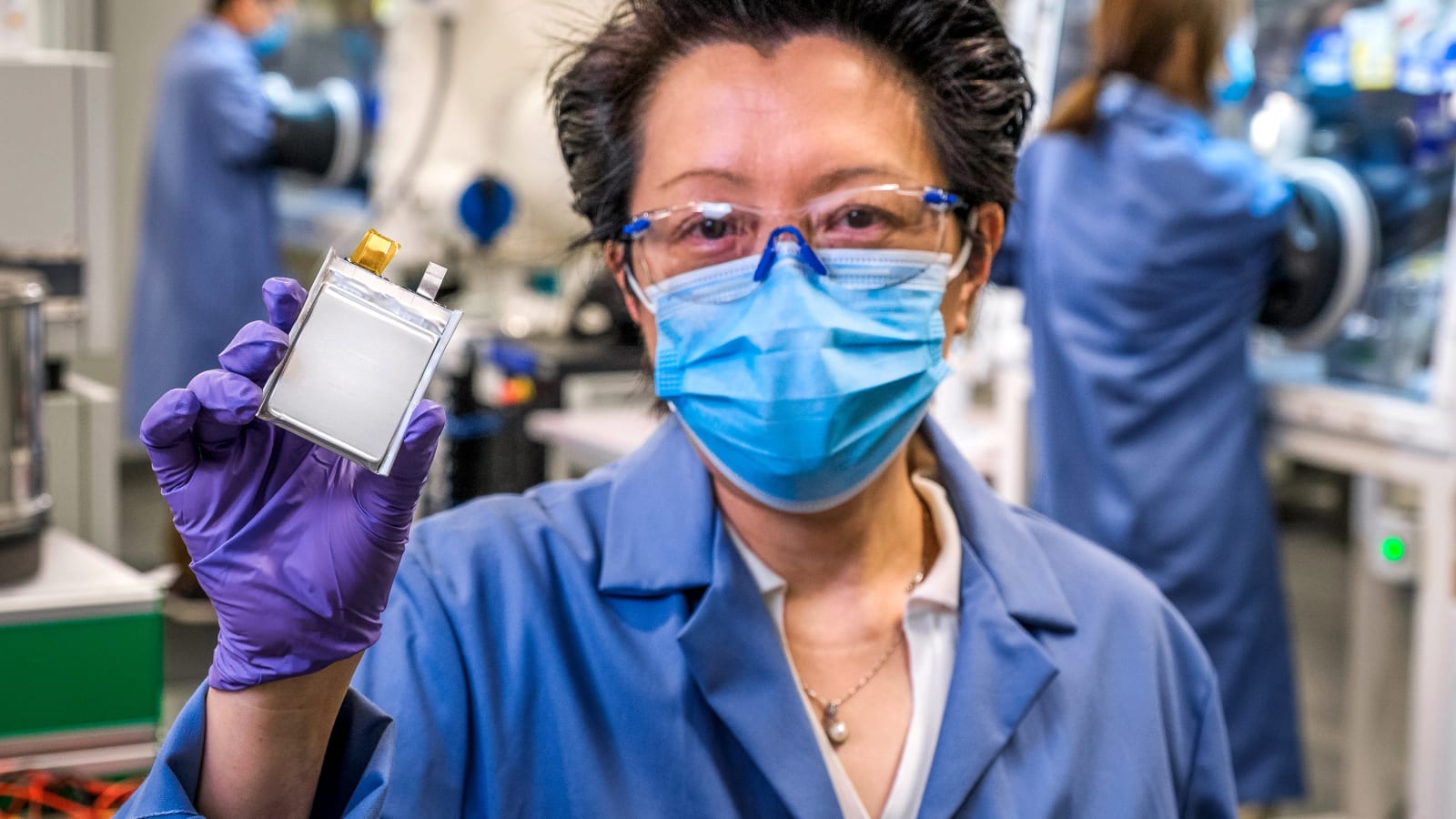 GM was criticized by Democrats and environmentalists last year when it sided with U.S. President Donald Trump in backing efforts to strip California from setting its own vehicle emissions rules and later on Trump's decision to cut Obama-era efficiency requirements.

GM confirmed it will speed up the rollout of new EVs, and will offer 30 models globally by 2025, expanding on a prior target of 20 electric models by 2023. Barra said GM wants to exceed its prior target of annual sales of 1 million EVs in the United States and China by 2025.

GM's pitch to investors focuses on the company's Ultium battery technology, which GM said will now offer electric driving range of up to 450 miles on a single charge, up from 400 previously stated.

The second generation of Ultium batteries, available mid-decade, should close most of the cost gap with gasoline engines, GM global product development chief Doug Parks said on a call with reporters.

GM also said it was creating an umbrella organization for its electric vehicle and digital marketing efforts called Ultifi.