IMMENDINGEN, Germany — As Tesla touts the cutting-edge nature of its new Full Self Driving software, rival Mercedes-Benz says it has developed a similar system but stops short of allowing members of the public to take it on urban roads.

The Germans, pioneers in developing advanced driver assistance systems (ADAS), are taking a step-by-step approach to releasing new technology, waiting for their own engineers, rather than the general public, to validate their system.

Both approaches — one conservative and one radical in nature — are designed to push highly automated driving on to public roads, a step that could massively reduce accidents, since computers have faster accident-avoidance reflexes than humans.

Tesla broke this tradition last week when it released its FSD software which allows its computer-powered cars to practice their reflexes in inner-city traffic situations, with a warning that its cars "May Do the Wrong Thing at the Worst Time."

Mercedes does not allow members of the public to test still-experimental systems. Its engineers need to pass an eligibility exam to become test drivers, and another one for testing automated driving systems, the carmaker said.

Rather than force their customers to put their trust in processors, software and the ability of machines to learn over time, the Germans want their cars to be validated by engineers so that they remain predictable for owners.

"We do not want blind trust. We want informed trust in the car. The customer needs to know exactly what the car can and cannot do," a Mercedes spokesman told Reuters on the sidelines of the carmaker's test track in Immendingen, Germany.

"The worst thing would be if the car gets into a complex situation and there was ambiguity over whether the car is in control or not," he said.

This is why the Stuttgart-based carmaker, owned by Daimler AG, is emphasizing its decades-old experience of automated driver assistance systems as it seeks to gain global regulatory approval for its own Drive Pilot system which boasts level 3 automation.

Level 3 means the driver can legally take their eyes off the wheel and the company, Daimler in this case, would have to assume insurance liability, depending on the jurisdiction.

The new Tesla system forces customers to take responsibility for any crash. 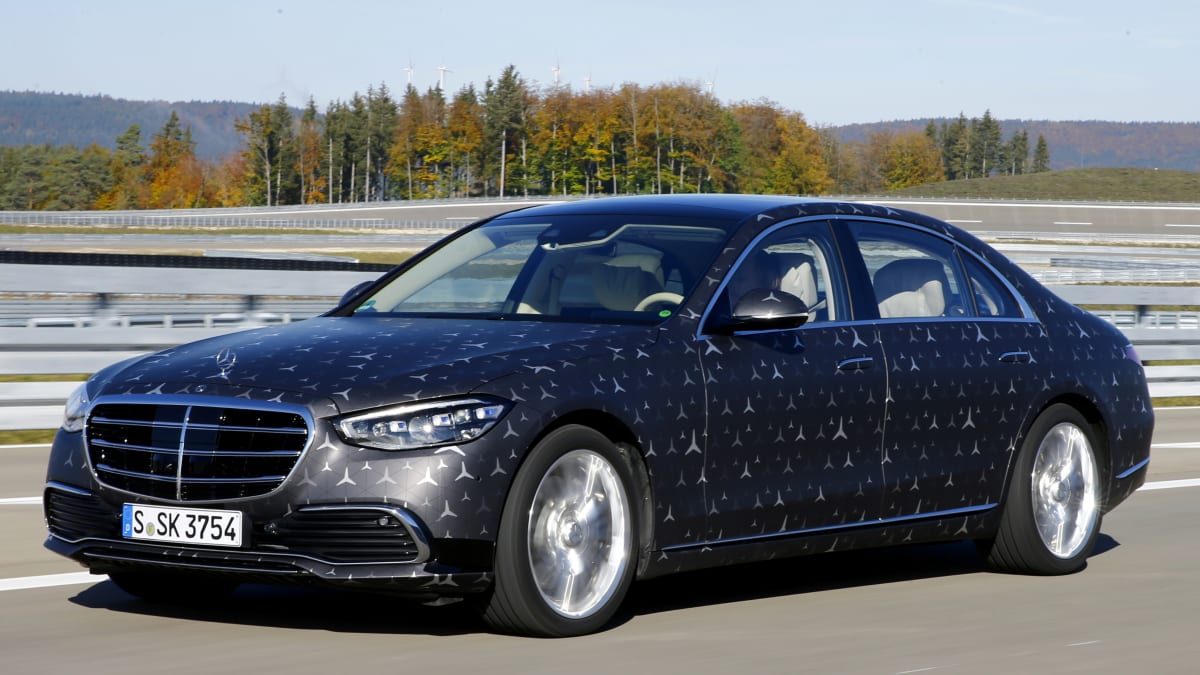 It was on a joint development project between the Tesla Model S and the Mercedes-Benz electric B-Class that Tesla's CEO, Elon Musk, learned about camera and radar-based assistance systems, senior engineers familiar with the project told Reuters.

Mercedes plans to launch Drive Pilot next year and is pitching it as an evolution of its Distronic system, launched in 2013, which uses cameras and radar to keep cars in lane and at a distance to the car in front.

"It is a paradigm change from Distronic, but it is a strategic evolution. For us this is the logical next step and it is not shooting for the moon," said Michael Decker, manager of automated driving at Mercedes-Benz Cars, while standing on the sidelines of the company's testing campus in Immendingen, where the Mercedes hones autonomous driving systems.

Decker, behind the wheel of the new S-Class, drives the car on to a stretch of road mocked up to replicate an autobahn and selects Drive Pilot. The car glides seamlessly, providing gentle braking and steering inputs to keep its place in moving traffic.

"I spend most of my time dealing with edge cases, those special situations that we need to have under control," he said. The Mercedes Drive Pilot will only work at up to 60 kilometers an hour, and reach higher speeds once the legal framework allows.

It will function only on highways in Germany from mid-next year onward, if a new law is passed.

"If the car crosses the border into France, it will disengage, because we use high-definition mapping as one of our validation systems, and France has not created the legal framework for allowing this system to operate," Decker said.

Although Mercedes engineers are aware of Tesla's more aggressive approach to marketing their systems, they appear unruffled.

"Yes. We always followed this path. And we now see that we have the right strategy," Decker said.

"What is paramount here is safety. This is about having a mature system. Mercedes safety standards stand over and above everything, including speed."

(Reporting by Edward Taylor in Frankfurt; Editing by Matthew Lewis)