Subaru appears to be benchmarking it against a turbocharged Mustang

A next-generation Subaru BRZ prototype was spotted near the company's southeast Michigan R&D center in convoy with an EcoBoost-powered Ford Mustang coupe, giving us both our first good look at the overhauled coupe and some hints at where it will fit in the performance car hierarchy.

This prototype is still wearing a fairly extensive camouflage wrap, but at least it's form fitting, showing off a silhouette that looks an awful lot like the current BRZ's, with a few key exceptions. Most notably, this prototype appears to lack the current car's exaggerated front and rear fender lines, opting instead for a cleaner, sleeker shape. The rear end is reminiscent of the old Hyundai Genesis Coupe's, or even a Mercedes-Benz C-Class Coupe's from some angles, sporting what appears to be a rather pronounced ducktail-style integrated trunk spoiler.

Encouragingly, the prototype here is visibly smaller than the Mustang against which it is being benchmarked. While it would be tempting to jump to the conclusion that Subaru is targeting the Mustang for power output, keep in mind that the lighter Subaru and Toyota coupes won't need quite as much power to keep up with the larger, heavier pony car. Expecting the twins to offer the 300-ish horsepower of a base EcoBoost Mustang is probably rooted more in wishful thinking than reality.

The fact of the matter is that we're just not certain exactly what Toyota and Subaru have planned for the next-gen coupes' powertrains, but they are expected to ride on Toyota's New Global Architecture platform. That opens the door to various longitudinal offerings within Toyota's portfolio, including turbocharged four-cylinders and even some sixes, though we sincerely doubt the companies have any plans to offer anything larger than a four-banger in these compact coupes.

Just last month, we reported that Subaru had ended orders for the 2020 BRZ in its home country of Japan, and we've heard rumors that the new coupe could debut some time in 2020, with a production car coming for the 2022 model year. These spy shots, which serve as evidence of just how far along development on the replacement has come, lend some credibility to those hints. We expect it's also indicative of the state of the BRZ's Toyota twin, the GT86. 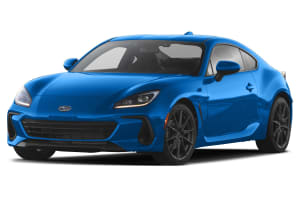 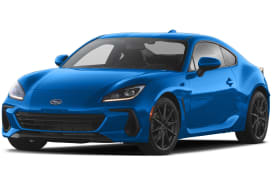