Lightning strikes behind the grille of Maserati's first hybrid model

It's making its global debut on July 16

Maserati's first production-bound hybrid powertrain will be inaugurated by the Ghibli, its entry-level model. The Italian firm released a short preview video to announce the model's imminent global debut.

Posted on its official Facebook page, the 10-second-long video shows the front end of a Ghibli with blue lightning crashing across its grille, a feature that will presumably not be available on the production car. Although it doesn't reveal the hybrid's final design, let alone what's behind the grille, the flick confirms the gasoline-electric Ghibli will not look drastically different than the gasoline-only model. Minor trim differences will set the two sedans apart.

As we've previously reported, we expect the Ghibli will receive a plug-in hybrid drivetrain (rather than mild or standard hybrid technology) capable of powering it on electricity alone for short distances. It will stand proud as the first in a long line of electrified Maserati models, because every car the brand releases in the coming years will incorporate some degree of electrification. Additional hybrid models are in the pipeline, and the replacements for the GranTurismo and GranCabrio due out in 2021 and 2022, respectively, will be Maserati's first electric cars.

Maserati will introduce the hybrid Ghibli online on July 16 at 1 p.m. in Modena, Italy, which is 7 a.m. in New York City and 4 a.m. in Los Angeles. Additional information (including details about American availability) will be published right after the car breaks cover, and deliveries are tentatively scheduled to start before the end of 2020.

The on-going COVID-19 pandemic side-tracked Maserati's plans, but 2020 remains on track to become one of the most significant years in the company's 106-year long history. It's putting the final touches on a mid-engined coupe tentatively called MC20 that will receive a new, 630-horsepower V6 engine developed in-house. The two-seater's unveiling is now scheduled for September 2020, and it will hit the track shortly after its introduction. 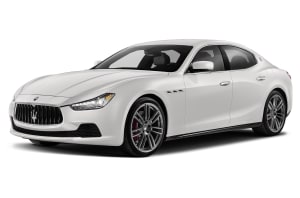