Toyota's affordable, young-driver-targeted subcompact, which proved something less than a hit in the United States

Around the turn of the last century, Toyota decided to try to entice more young American car shoppers into their showrooms by offering a cute, cheap subcompact based on the big-selling (in Japan) Vitz and closely-related Platz. This effort led, eventually, to the creation of the "youth-oriented" Scion brand and — because young Americans lusted after trucks more with each passing year — didn't result in the hoped-for firehose-like torrent of yen aimed at Toyota's coffers. Starting in the 2000 model year, the Platz two-door became the Echo Coupe over here, and not many were sold. Still, I think these tough little commutemobiles are interesting, and so I documented this '02 when I saw it in a Colorado yard. 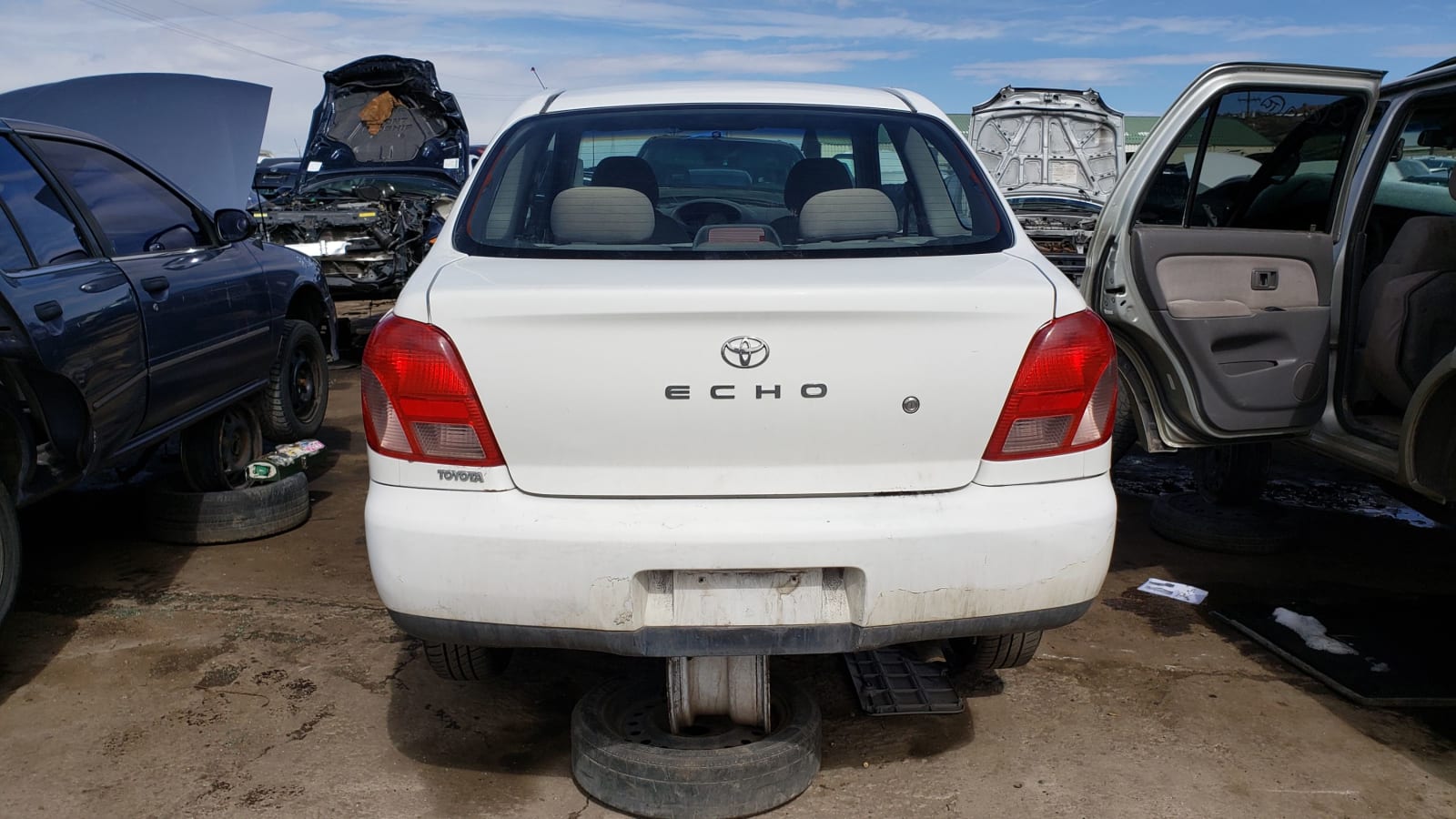 Echo sales continued through 2005, but nearly all the Echos that made it to American streets were '00s and '01s. The Scion xA and xB were close Vitz/Platz-based relatives to the Echo, and we can consider this car to be the ancestor of the American-market Yaris as well. 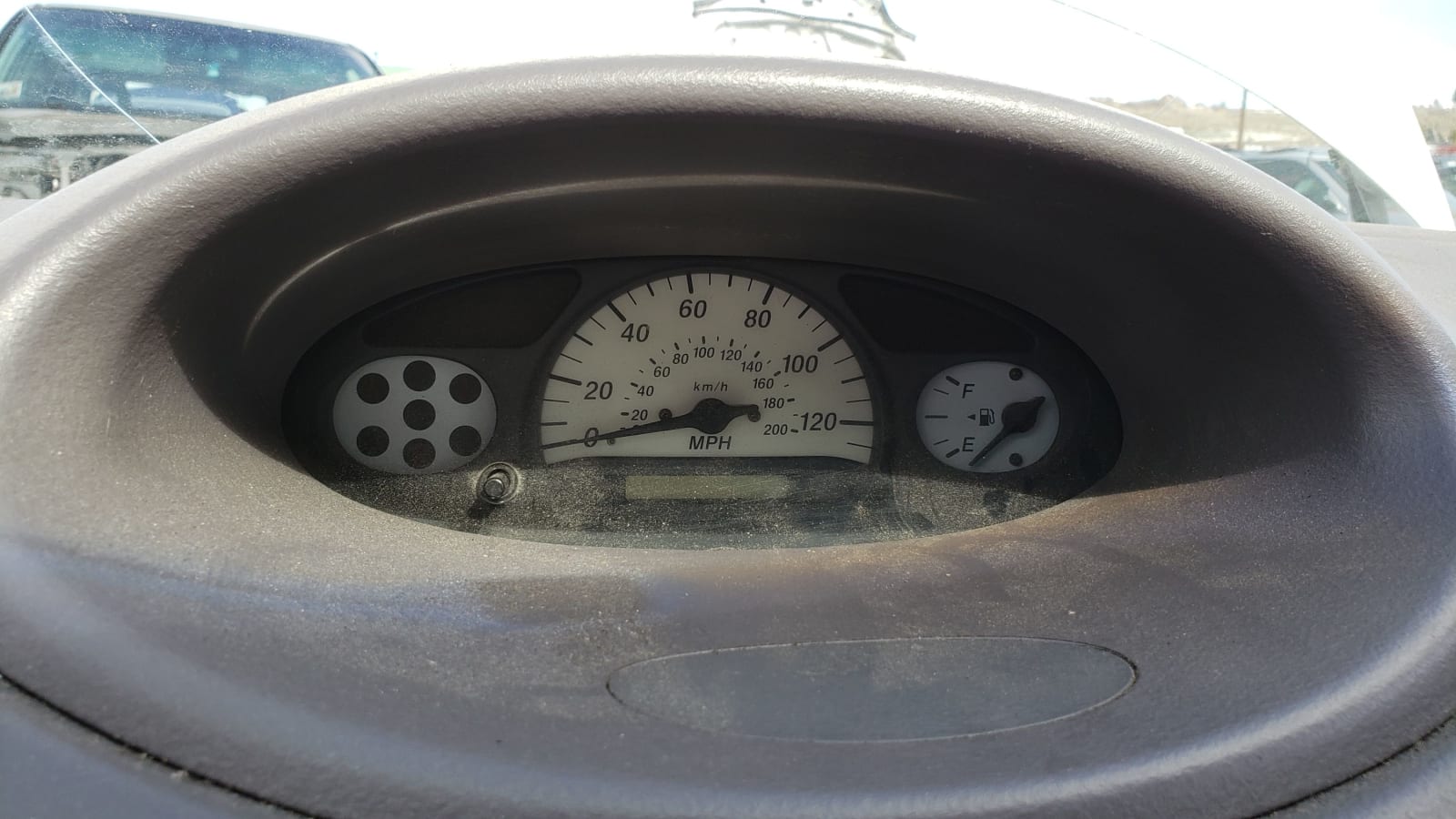 In order to sell a car in both right- and left-hand-drive countries, you can save money if you put the instrument cluster dead in the middle of the dash. 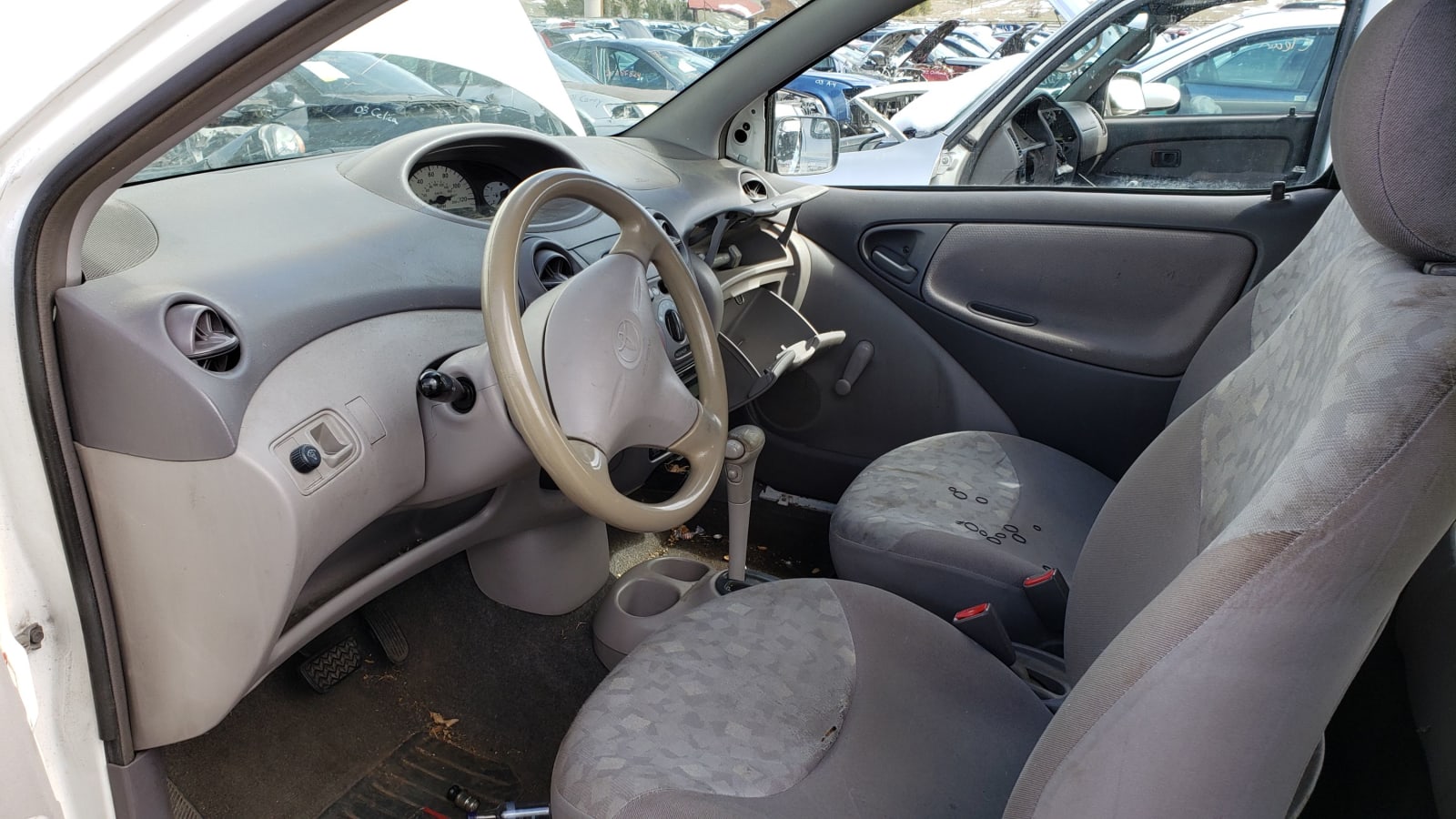 This is about as basic an industrial-grade Japanese interior as you'll see in a 21st-century car. Headroom was exceptional in the tall Echo, at the cost of a cartoony exterior appearance. 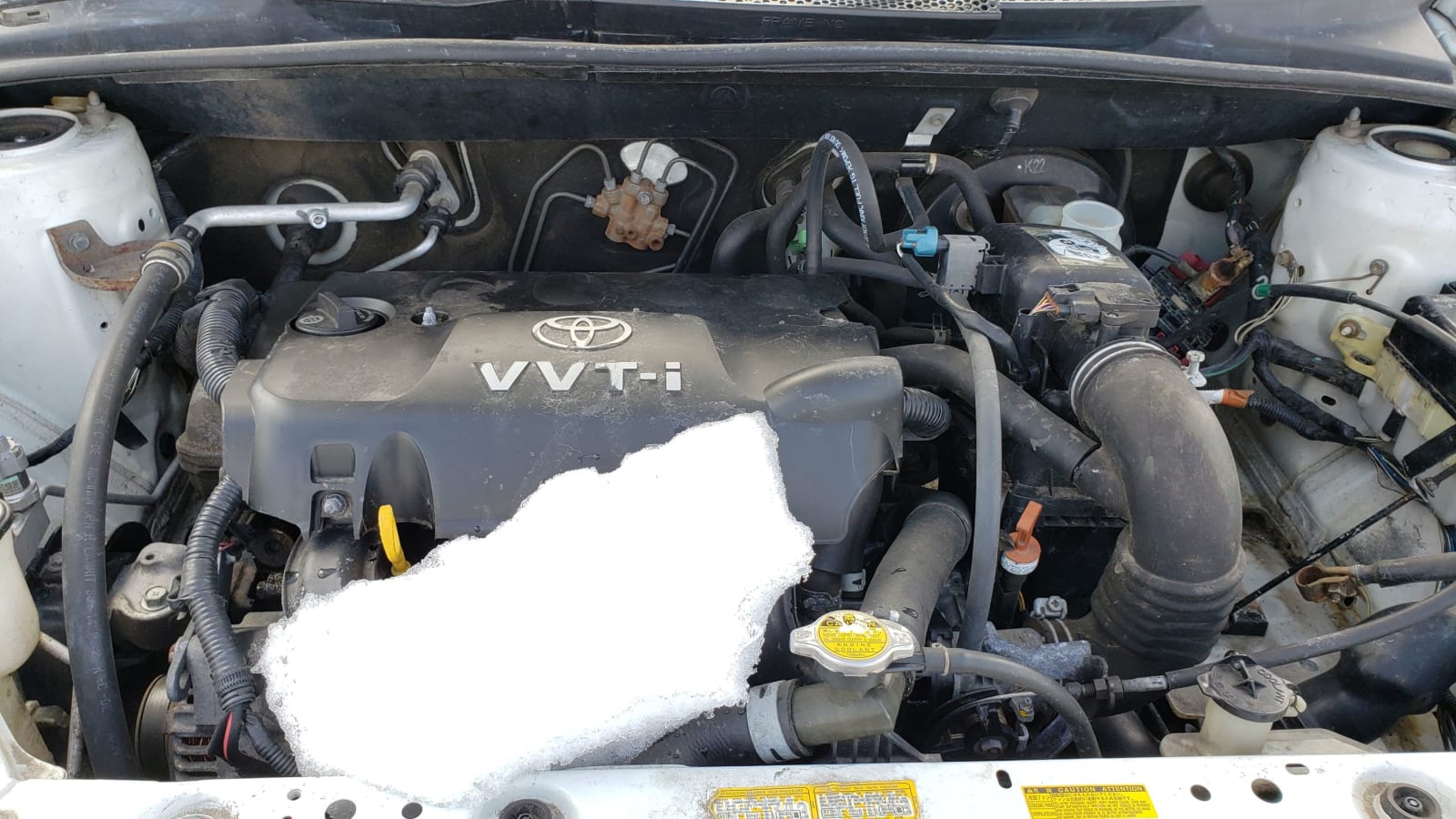 The Echo Coupe weighed just ten pounds over a ton, and it had a perfectly adequate 108 horsepower from this 1.5-liter four-cylinder. 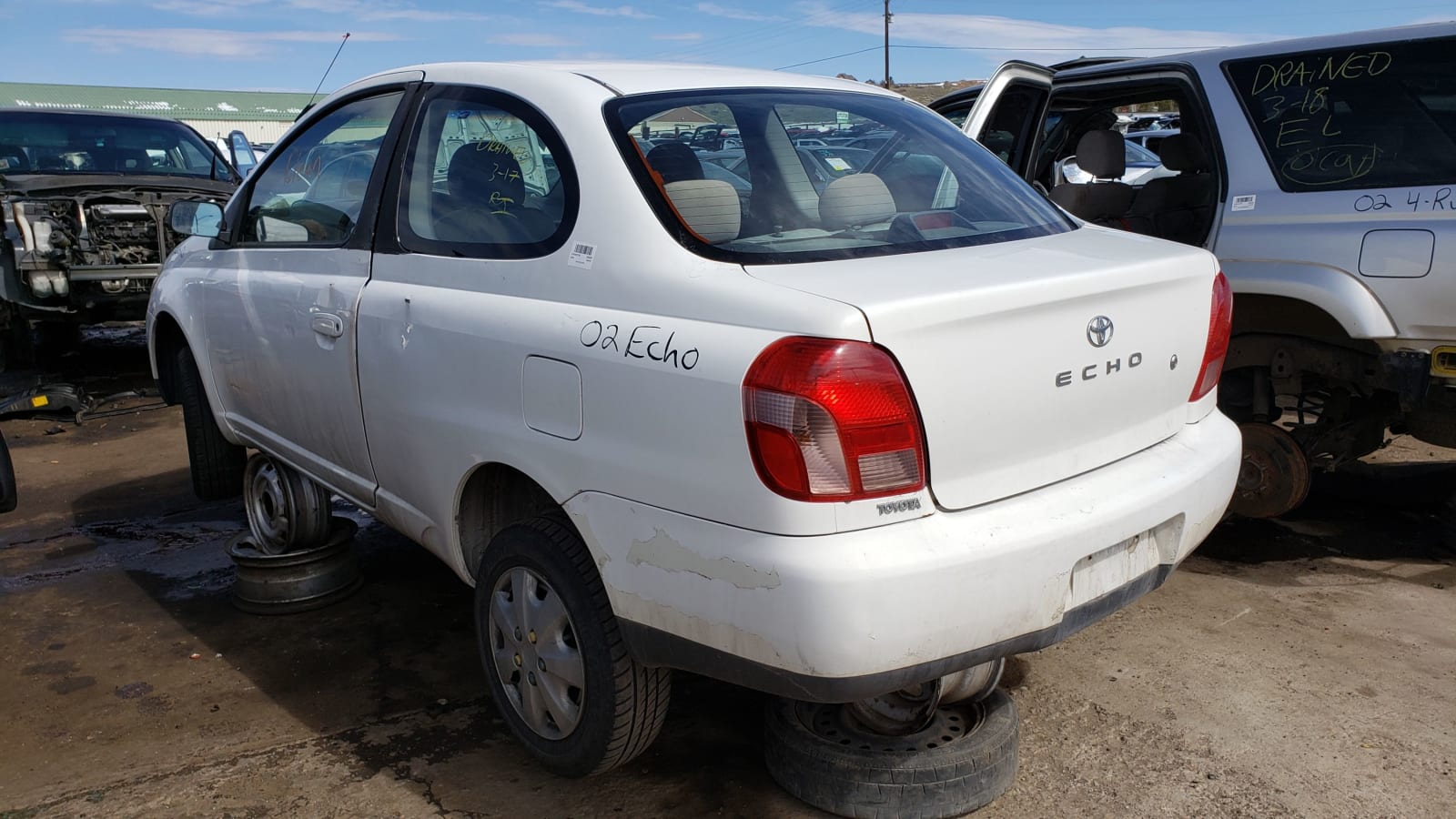 This was Toyota's cheapest new car in 2002 America, starting at $9,995. That's around $14,470 in 2020 dollars, and a decent deal for a well-built Point-A-to-Point-B appliance that held together very well. You could get a new '02 Daewoo Lanos for just $9,199 that year… just in time for Daewoo to flee North America and hand over warranty service to Manny, Moe, and Jack. Sales of the Suzuki-made Chevy Metro ceased after 2001, so the Echo was by far your best super-cheap new car in 2002.

Unfortunately for Toyota, the super-creepy Robin Williams character in the scary 2002 film "One Hour Photo" drove … an Echo. The cute little econobox had become a murderous Yorkie in the eyes of American car buyers. Cute was well on the way out in American vehicle marketing at that point, anyway, as we saw with Chrysler's menacing, tire-iron-to-the-jaw ads of a few years later. 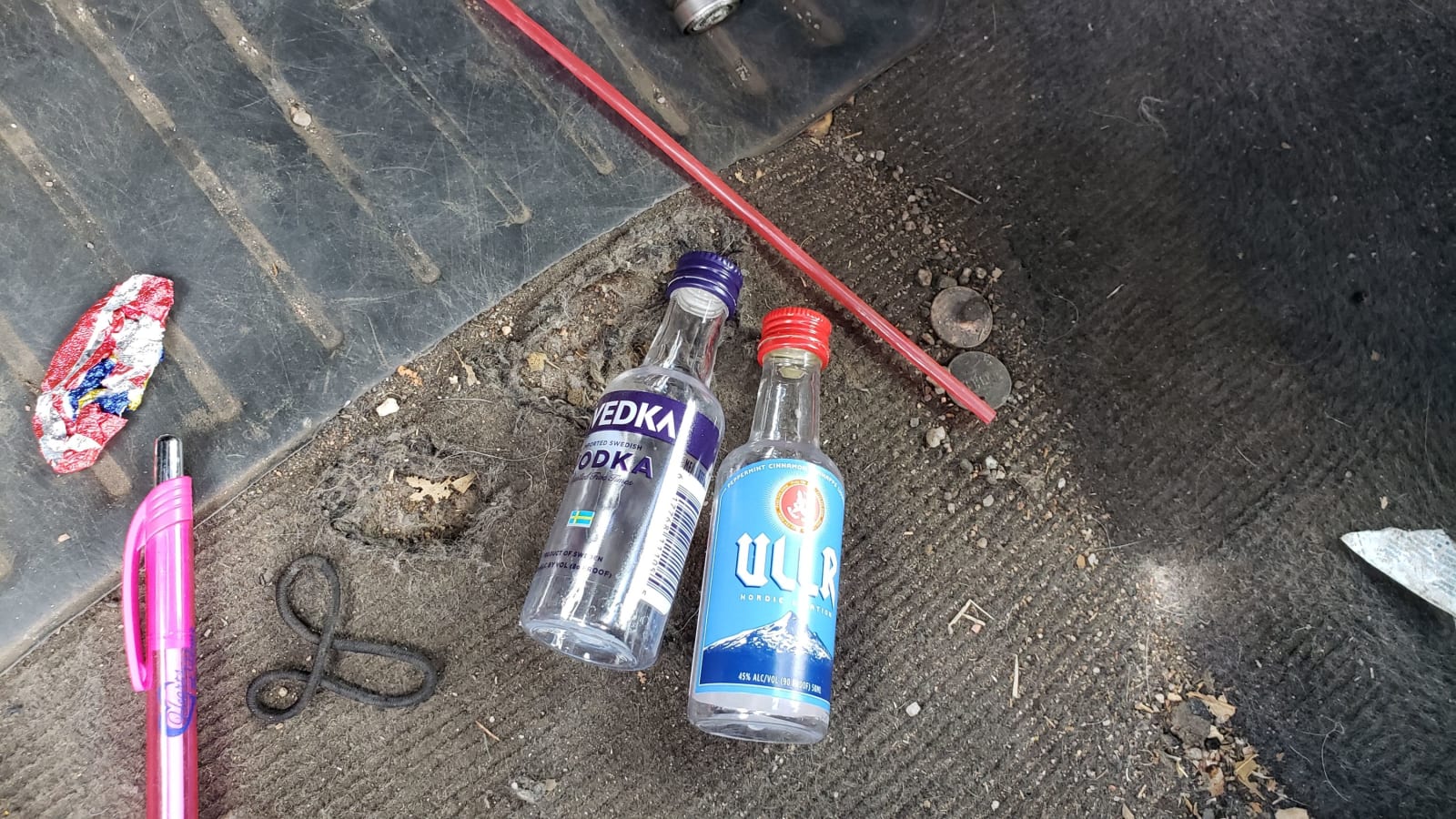 Now these cars have depreciated to the point at which their final owners sip from airline bottles of low-end vodka as they drive. Maybe it's just as well that this one will be crushed.

Just the car to drive when you want to mock owners of big Detroit fuel hogs. Yes, this ad happened.

In Japan, the sedan version had great fashion sense.

Not sure what's going on here, but still a better ad than the American-market one.