One of the final Daewoo-badged cars sold in North America, now in a Colorado car graveyard. Once again, and before any readers feel compelled to burst a few bloodvessels over seeing the words "Gem" and "Lanos" being used in the same sentence, we need to explain that sometimes these cars are gems in a historical sense rather than being vehicles that you'd really want to own today. Okay? As the South Korean outpost of the sprawling General Motors Empire, Daewoo has sent plenty of cars — including such machines as the 1988-1992 Pontiac LeMans and 2004-2006 Suzuki Verona — to be sold in North American showrooms, but cars bearing Daewoo badging could be purchased here for just the 1999 through 2002 model years. During Daewoo's brief North American adventure, car shoppers could choose between the Leganza luxury sedan, the Nubira compact, and the Lanos subcompact, each of which had a price tag tantalizingly smaller than those of its competitors. Here's a high-mile Lanos hatchback that made it to age 17 before ending up in a junkyard near Pikes Peak in Colorado. 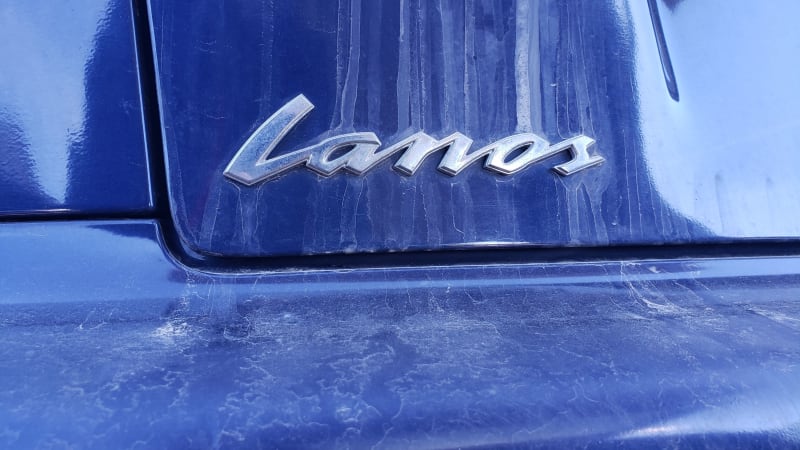 Other than its appearance in a brief and violent scene in the 2008 film, Pineapple Express (NSFW), the Lanos has largely disappeared from our collective cultural memory. The late Kim Woo-choong had Daewoo USA try to focus on thin-walleted American college students for sales, issuing loaner cars to "Daewoo Campus Advisors" and having those students serve as sales staff. None of this worked very well, and the Daewoo brand retreated from our continent early in 2002. 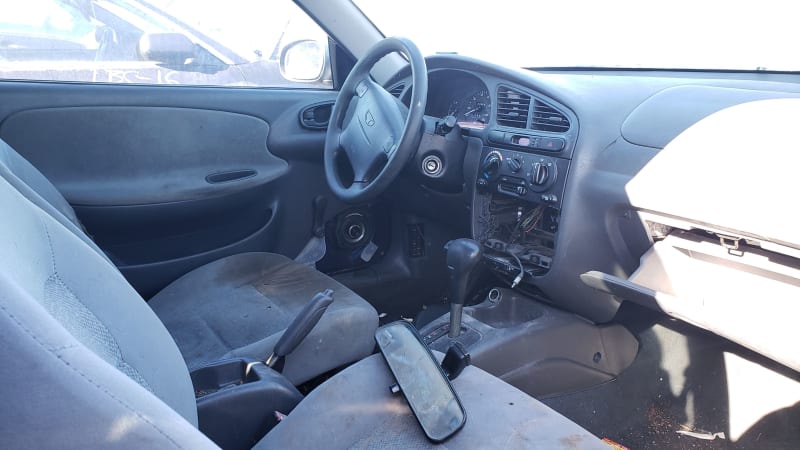 The Lanos was a perfectly serviceable, if outdated and bare-bones, little car that did Point A To Point B and not much more. Back in the mid-2000s, my sister bought a mint-condition three-year-old Lanos with 15,000 miles on the clock for $800 (yes, eight hundred dollars) and used it for a long commute for a trouble-free five years… at which point she sold it for $600. Clearly, the first part of the Lanos depreciation curve was incredibly steep, maybe more vertiginous that any American-market car other than the Daihatsu Charade, followed by a long and gradual decline to scrap value. 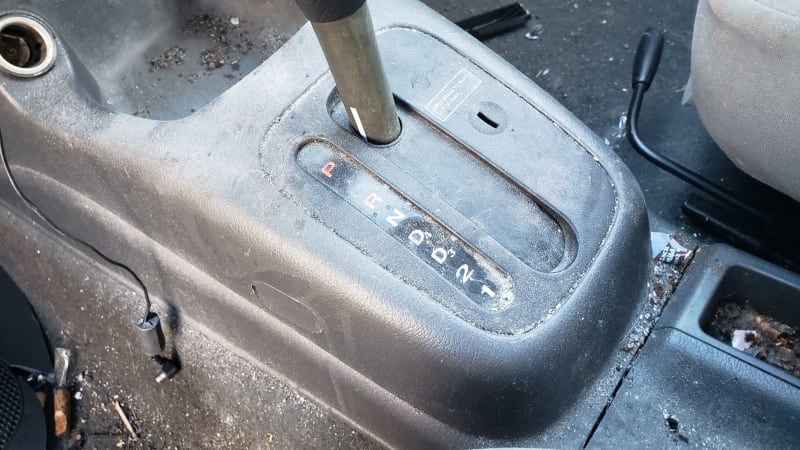 The automatic transmission added a few bucks to the cost of a new Lanos, so most came with five-speeds. Perhaps this one started life as a fleet car. 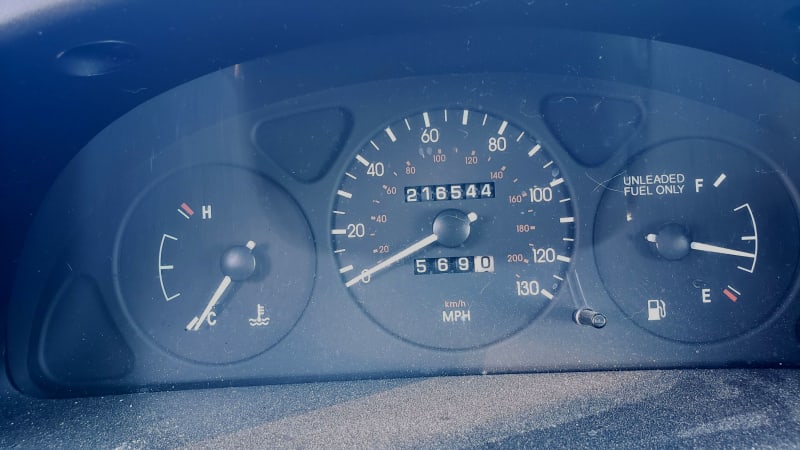 Soon, you won't be able to find a single car with Daewoo badging anywhere in North America, so I have made it my duty to document the demise of the final handful. Sure, the Chevrolet Aveo was a Daewoo design, as is its successor, the Sonic, but that just isn't the same.

In the UK, the Lanos was pitched as a car just as fun (and luxurious) as a skateboard.

In Egypt, the Lanos destroyed the overpriced mechanic in the wrestling ring.

In the Netherlands, the Lanos was just straight sexxxy.

In its native South Korea, the Lanos was a speedy black panther stalking its prey on the mean streets of Seoul.

Since Daewoo relied on its college-student salesmen to pitch the Lanos, I couldn't find any U.S.-market Lanos ads. Instead, glory in the macho voiceover and science-fiction graphics of this ad for the Daewoo-badged, South Korean-market version of the Chevrolet Chevette, the Maepsy.