Father's Day is June 21, just around the corner, and we wanted to get the pulse of the team here at Autoblog to see what they were going to be picking up for their dads, or in some cases, what they hoped to get from their families. Check out some of our favorite Father's Day gift ideas below. 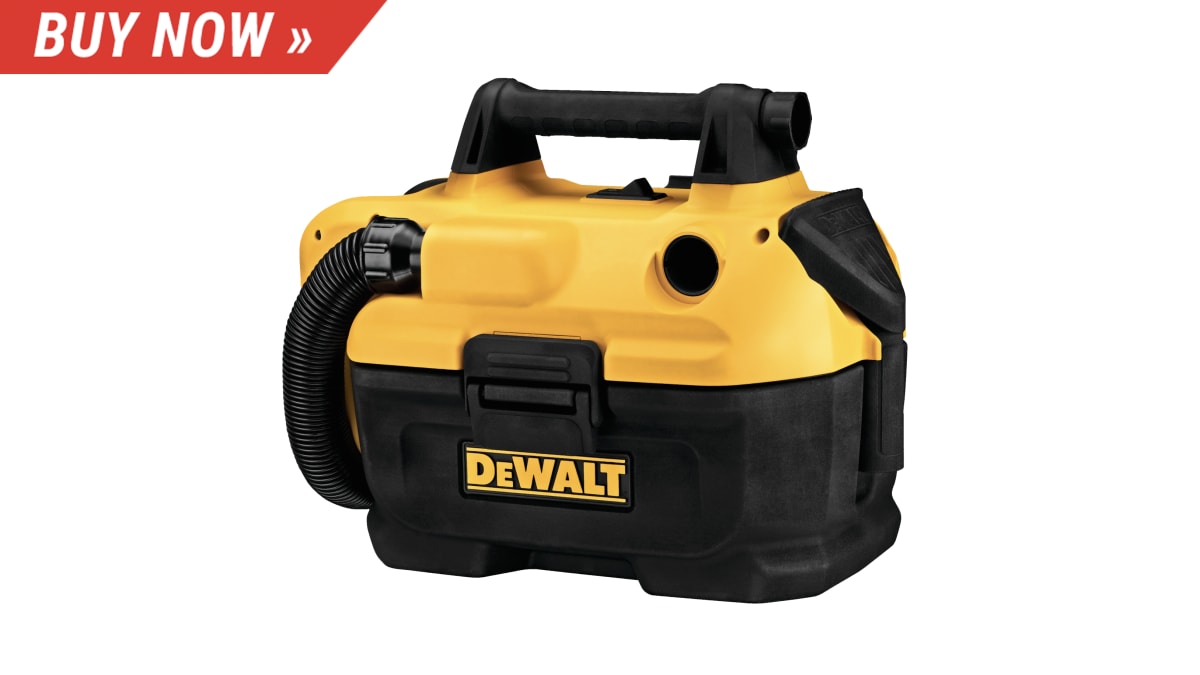 Production Manager Eddie Sabatini — My Dad loves keeping his car extremely clean. As a way to support this healthy habit, I plan to buy him a portable vacuum that he can keep in the trunk of his car or the garage. I'm looking at the Dyson V7 trigger cord-free handheld vacuum. It's pricy, but we use it to clean the press cars we get in the Autoblog fleet and it works like a charm. The Dewalt 18/20V max vacuum is a wet/dry option for under $150, but it has nearly 2,000 ratings with an average of 4.5 out of 5 stars on Amazon.

And finally this one, the sweetest deal I've found so far, from ThisWorx. It has a carrying case, some attachments and has a four-star rating with over 11,000 ratings on Amazon. It's also under $40. The biggest downside is that it's not cordless, but it does come with a 16-ft cord and will plug into your vehicle's 12-volt outlet. 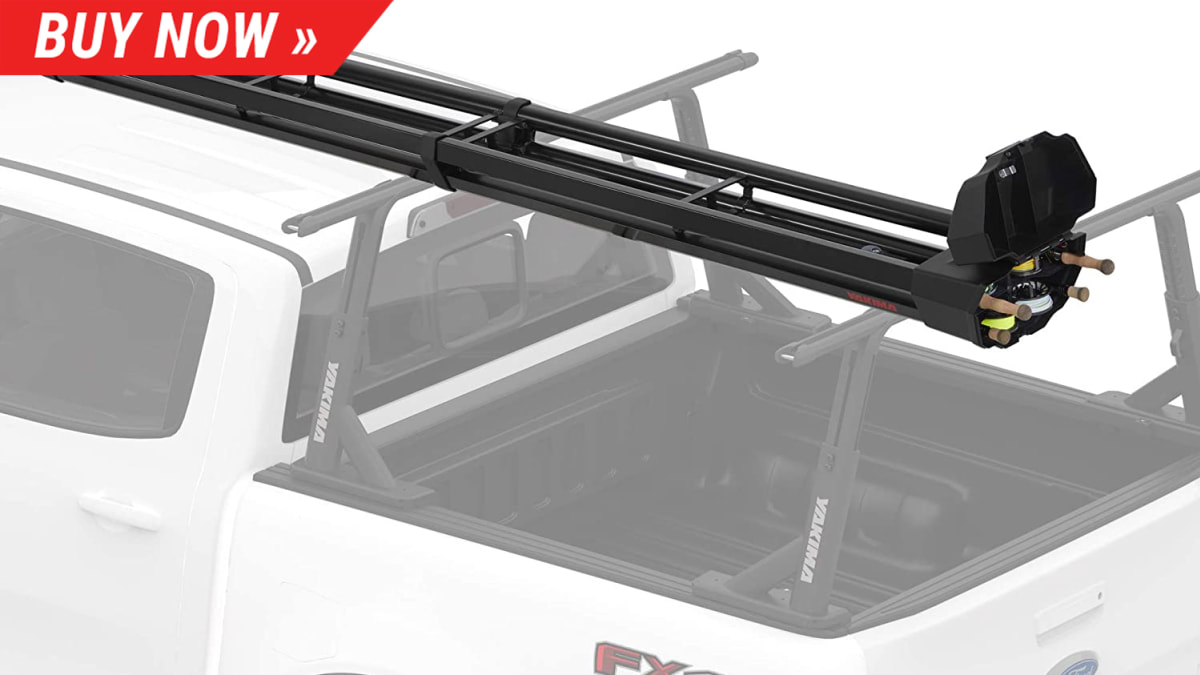 Senior Producer, Chris McGraw — Okay, I have to admit, I’m putting this on our list of best Father’s Day gifts, not because I’m getting it for my own dad or even my father-in-law, but because it is what I would want for Father's Day, if you know, I was a dad. One of my favorite things to do is drive up into the mountains and fly fish for trout. It's a relaxing way for me to clear my head and escape the Colorado summer heat, as well as experience some of the most beautiful places this state has to offer. What I don't really cherish, is the thought of having to take apart and put back together my four-piece fly rods every time I want to change locations or drive down the road. That's where this rod carrier comes in handy. I can arrive at the stream or lake, open it up and off I go, and in no time be out on the water. 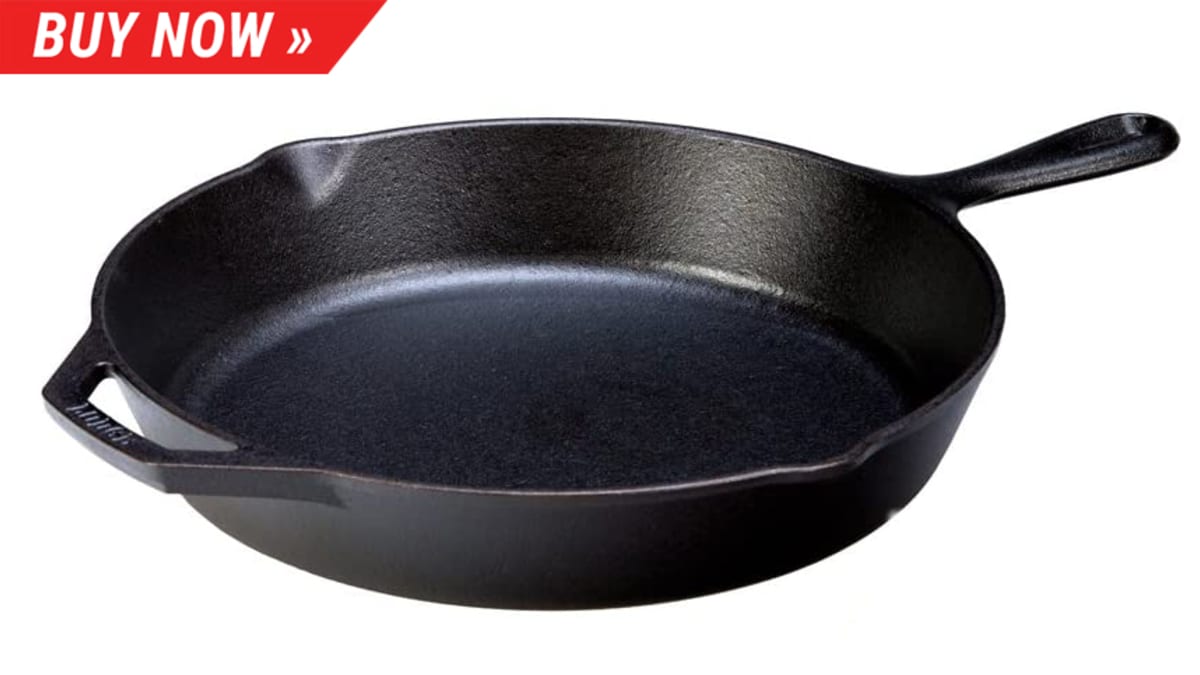 Senior Producer, Chris McGraw — While I love grilling for dinner, my favorite meal to cook outside is the first meal of the day. After an early morning of fishing a few weekends ago, my wife and I were sitting on our patio when I got a hankering for some grilled veggies, sausage, toast and some bacon and eggs, the latter not being so easy to cook on a grill. That is unless you have a cast iron skillet lying around. I don't have to go into why cast iron is so great; it has been used for centuries to cook food and for a good reason — it works incredibly well and it is about the most versatile thing you can have in your kitchen, whether that kitchen is outdoors or not. Lodge is by far the most popular brand out there, and for a good reason, it's relatively inexpensive and it just works so well. Buy a Lodge Cast Iron skillet and it should last you a lifetime. And probably many more. 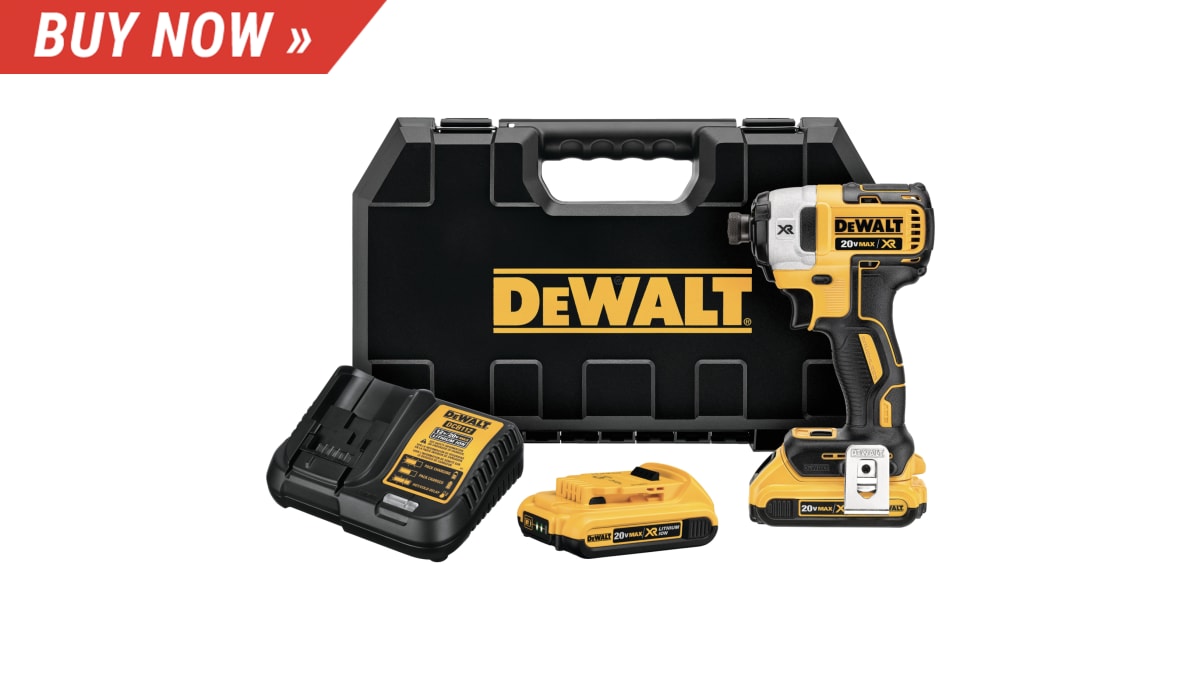 West Coast Editor, James Riswick — I've been doing a lot of home improvement projects recently, mostly in preparation for a baby on the way. If there's one thing I couldn't do without, it's my drill. Although my particular drill is no longer in production, this DeWalt 20V model (DCD991P2) is by far the top rated model on Consumer Reports. A close second choice is my smaller, lower-powered cordless screwdriver by Black+Decker. From installing a bi-fold closet door and cabinet knobs, to hanging picture frames and building Ikea furniture, they are truly indispensable. Depending on your budget, either would be a good choice ... especially if the dad in question isn't the handiest around the house. 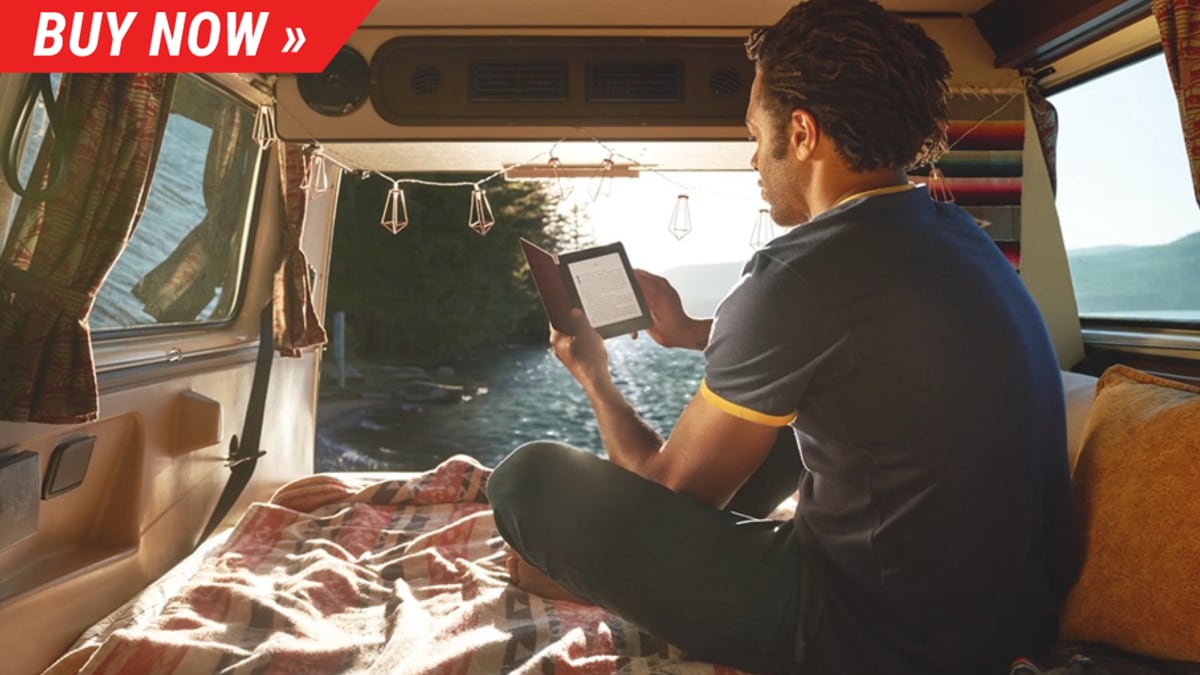 Editor-in-Chief, Greg Migliore — June is a good month to kick off summer reading. I like to start with a mystery or a novel, but recently I've been interested in the life of Ben Bradlee, the longtime editor of the Washington Post. Best known for overseeing the publication of the Pentagon Papers and the Watergate coverage of Woodward and Bernstein, Bradlee was almost an action figure of a journalist. "Yours in Truth" takes a look at his long and colorful life, analyzing his triumphs and flaws. I'm thinking of getting a Kindle. This will be my first download. 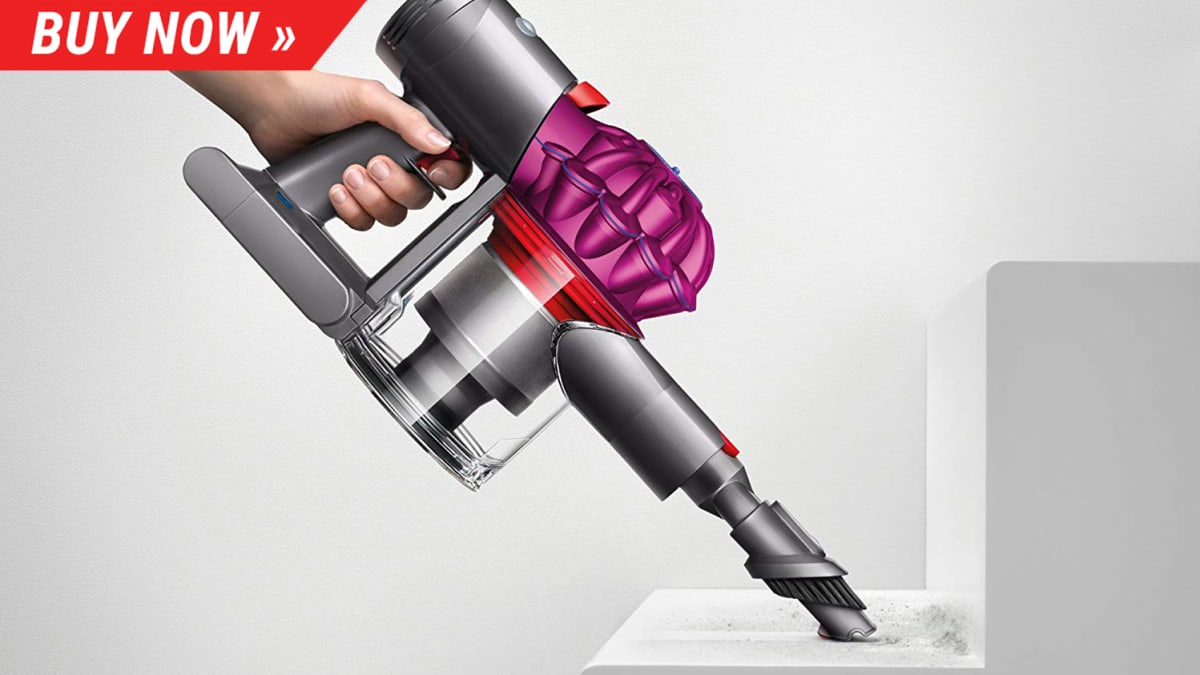 Senior Editor, Green, John Beltz Snyder — We’ve got this slick Dyson vacuum at the Autoblog office that we use to clean cars when we need to. It’s ridiculously powerful, and it’s really good at getting hair out of carpet or crumbs out of teeny crevices. Also, it just looks cool as hell. Since we’ve been working from home throughout the coronavirus outbreak, I’ve really been missing that thing, which feels like a weird thing to say. I’d love to have one at home just to tidy up press cars, my wife’s car, or the crumbs and pet hair that plague our furniture in the house — two dogs, four cats and a four-year old human can really do a number on my favorite chair. I think something truly changes in your brain when you become a dad, by the way. I never would have lusted after a cordless vacuum five years ago.

EGO Leaf Blower (and other cordless outdoor power tools) — starting at $99.99 at Amazon.com 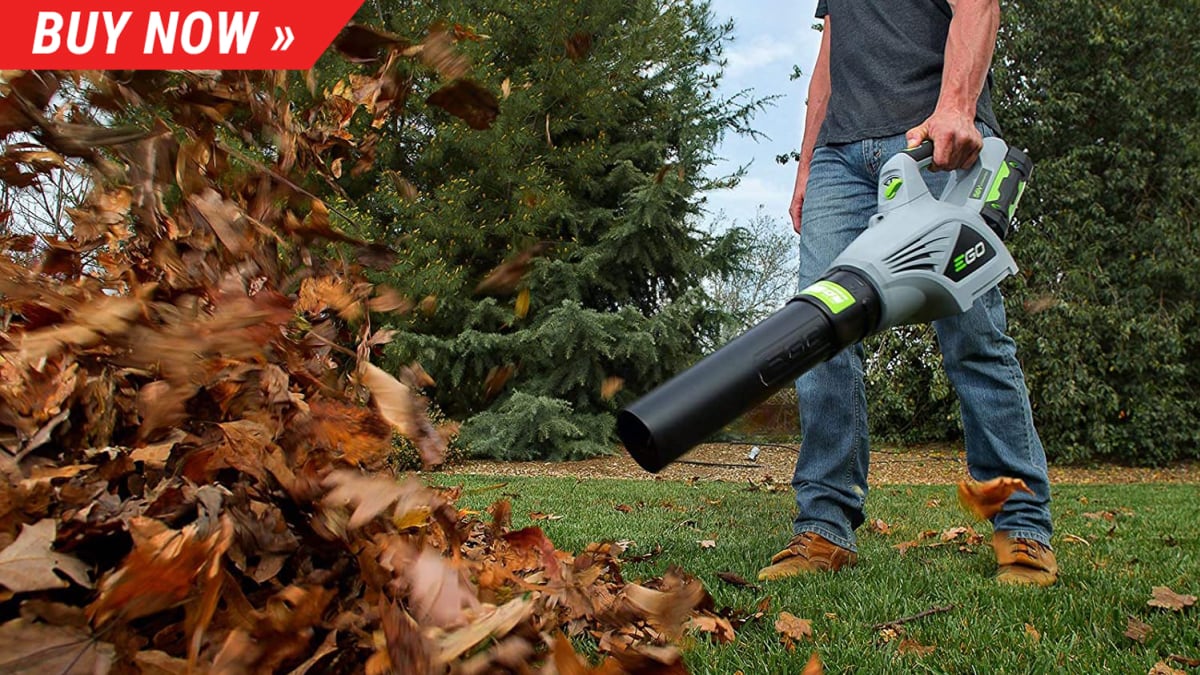 Managing Editor Greg Rasa — When I bought a house on an acre, with a roof that gathered tree debris, it was time for my old corded outdoor tools to go. Extension cords would no longer reach. But I didn't want the hassle or stink of a two-stroke string trimmer and backpack blower. So I gambled that the new generation of battery outdoor tools would be up to the task. Turns out, they are.

I bought an EGO brand string trimmer and leaf blower from Home Depot, each with a 56V lithium-ion 2.5 Ah battery so I'd have two. The batteries have a long run time. For a big job, I deplete one battery, swap batteries in the charger, and by the time I've gone through the second battery, the first one is almost good to go again.

The blower puts out 530 cubic feet per minute (and EGO now makes more powerful models). It easily pushed a mountain of leaves from my maples last fall. The string trimmer has a carbon fiber shaft, plenty of power — and the best trimmer head I've ever used. Just slip 16 feet of string in one hole and out the other, hit the "load" button, and it wraps the string all by itself. Brilliant. My only beef is that the trigger and safety interlock are awkward to grasp when the trimmer's turned upside down for edging. But I'm a lefty so maybe that's why.

The tools are nicely balanced in your hands with their stock 2.5 Ah batteries, but EGO has since come out with 5 Ah and 7.5 Ah batteries that are expensive, surely potent but probably heavy. Two of the 7.5s will even power an EGO 3,000-watt portable generator.

I can only vouch for the blower and trimmer, but based on those I'd give the lawn mower, hedge trimmer or one of the chainsaws a chance. If I get a third tool, I'll have a three-battery rotation that will be unstoppable.