Ford-Market is based in St. Petersburg

Based in St. Petersburg, Russia, Ford-Market is a garage that specializes in servicing and repairing Ford vehicles. The shop has a warehouse and workshop that allows them to stock spare parts, perform body work and painting, and upgrade vehicles with custom styling. Although the shop's purview is shaped specifically around Ford vehicles, the owners aren't afraid to break rules and think outside of the box. Ford-Market's projects include a roofless Ford Focus speedster and a six-wheeled Ford "RaptorBus."

Found by Carbuzz, the company's list of custom works is pretty incredible. Ford-Market lists several historic vehicles such as a 1935 Ford Eifel, a 1965 Ford Transit, a 1955 Ford Zephyr, a 1966 Ford Mustang, a Ford "Taurus Hoonicorn" that has to be seen to be understood, and a Ford Escort Cosworth. Ford-Market also has a thing for Focuses, as their workers have created a third-generation Ford Focus 4x4 monster car with a 5.7-liter V8, a kitted-out second-generation Focus coupe, a third-generation two-door Focus cabriolet, and a fourth-generation Focus speedster. The shop's literal biggest project, however, is a van.

Using an old Ford Econoline Club Wagon passenger van as a base, Ford-Market decided to create what it is calling a "RaptorBus." Ford-Market has had the van since summer 2019 and has shown various aspects of the customization process on the company Instagram. Part of the re-imagination included adding a third axle by pushing the rear axle forward. With a lift, upgraded suspension, and two extra wheels, it became a 6x6.

Ford-Market didn't just want this thing to act like a Raptor, it wanted it to look like one too. So, it completely cut up the front end to include a Raptor fascia, complete with a FORD-lettered grille, F-150 Raptor headlights and a new front bumper. The rear end was also chopped up to include Raptor taillights. Finishing touches include plastic wheel arches, knobby tires with aftermarket wheels, and a roof-mounted light bar. The final product was painted red to create a legitimately straight and clean look.

Check out more of the build, as well as Ford-Market's other projects, on its Instagram. 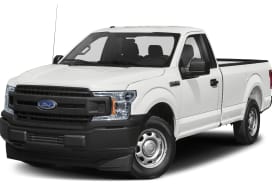 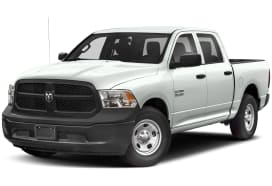 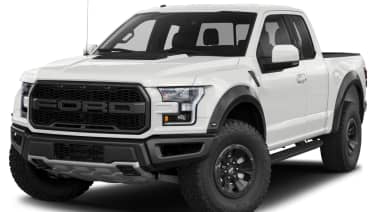 $1,826 - $5,841 Nat'l avg. savings off MSRP
See Local Pricing
I'm not in the market for a vehicle at this time. Please move this suggestion to the side for 30 days.
Huge Savings