We cover a lot of restomods, many of them one-off SEMA show cars and low-volume builds from professional shops that sell for hundreds of thousands of dollars. Autoevolution tells the story of Steve Mirabelli, who creates Mopar restomods as a hobby when home from his day job as a NASCAR Sprint Cup car builder for Hendrick Motorsports. Working on his own, the stuff we've seen from Mirabelli so far deserves to sit at the same table as Kore and Ring Brothers.

First he spent four years turning a 2006 Dodge Charger SRT8 into a 1968 Dodge Charger, the cardinal feat being the proportions; many builds leave the modern Charger's thick sides uniting a nosecone and high Daytona wing. Mirabelli didn't let himself off so easy, finding a '68 Charger abandoned in a field to lay over the '06 chassis, then working the proportions — such as adding 11 inches to the wheelbase — so that the 20-inch wheels look like they could have been stock fitment in '68.

His current build is recasting a 2010 Dodge Challenger R/T into a thid-gen Plymouth GTX, May 6 representing two years since the first video documenting the process. These videos are another highlight. For anyone who's ever wanted to see every step in how the professionals turn classic cars into modern monsters, Mirabelli's criminally under-watched YouTube channel is the place to go. There are 43 videos so far on the GTX transformation, with Mirabelli taking time to explain and demonstrate his thought process and methods every step of the way. It's an online course in restomodding, maybe the perfect final binge before returning to our outdoor lives. 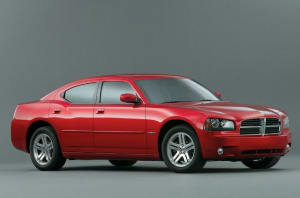