From the era of RWD and the truck-grade 22R engine, found with just over 100,000 miles in a NorCal junkyard.

Until the 1986 model year, when the North American-market Toyota Celica went to front-wheel drive and the same platform as the T150 Corona, we knew the Celica as an affordable, sporty-looking machine with the same basic R-engine/rear-wheel-drive layout as the sturdy Hilux pickup. In regions that don't suffer much from the teeth of the Rust Monster, some late RWD Celicas have stayed in service long enough to keep showing up at the big self-service car graveyards I explore. Here's an '83 notchback coupe that just barely reached six figures on its odometer, photographed in a San Francisco Bay Area self-serve yard last fall. 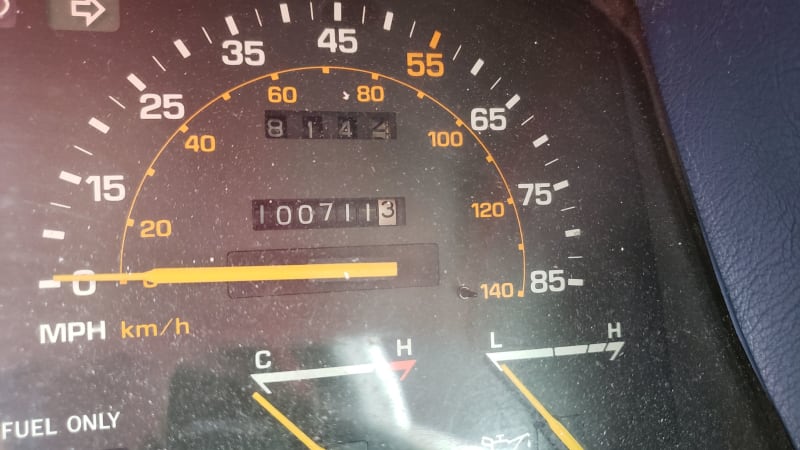 You won't see many 1980s Toyotas with mileage figures this low nowadays. I suspect either a broken speedometer cable or a car that broke 25 years ago and stayed in storage until that final tow-truck ride. 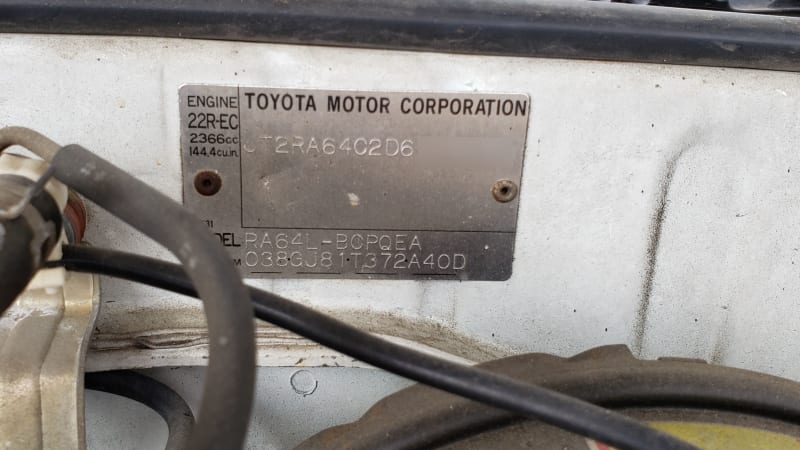 Some lucky junkyard shopper — probably a Hilux owner — scored the low-mile 22R-EC engine before I arrived. That's the California-emissions-legal version of the indestructible (on the street, not on the race track) 2.4-liter 22R engine of global low-intensity conflict fame. In 1983, this engine had a 105-horsepower rating — pretty good stuff for a year in which the base-model Chevy Camaro came with a nightmarishly tractor-grade 2.4-liter Iron Duke making a mere 92 horses. 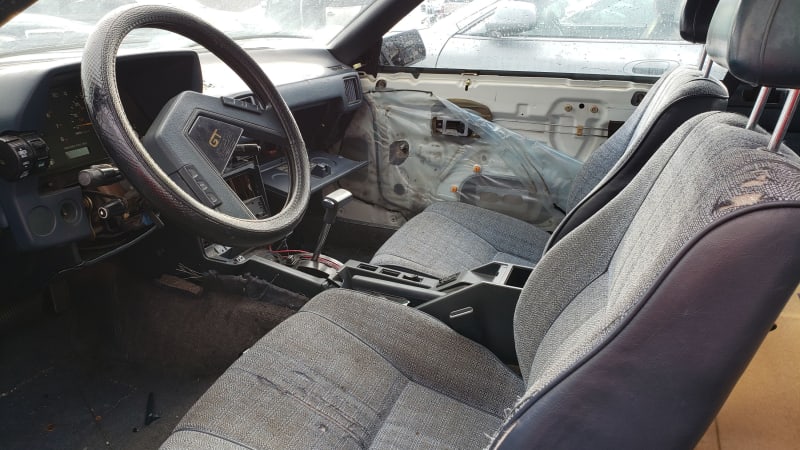 This car wouldn't have been much more fun to drive than the Duked Camaro, however, because it has a happiness-sapping automatic transmission. On the plus side, a 22R-powered Celica would have been about as reliable as any motor vehicle Americans could buy in 1983. 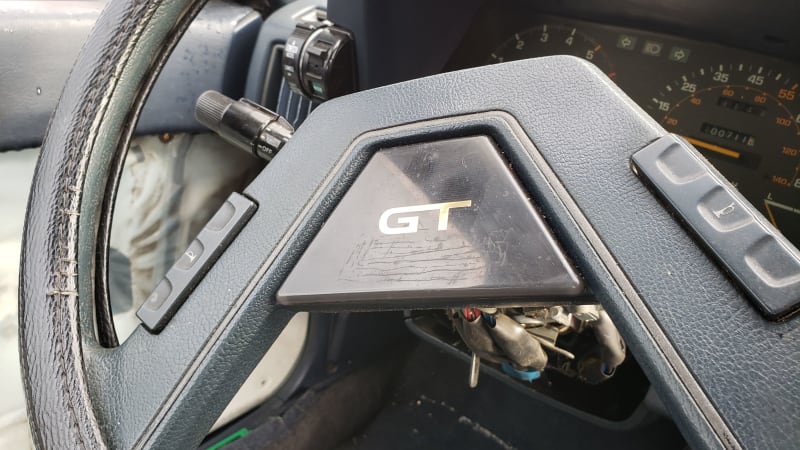 The GT wasn't any quicker than the regular Celica that year, but it looked cooler. 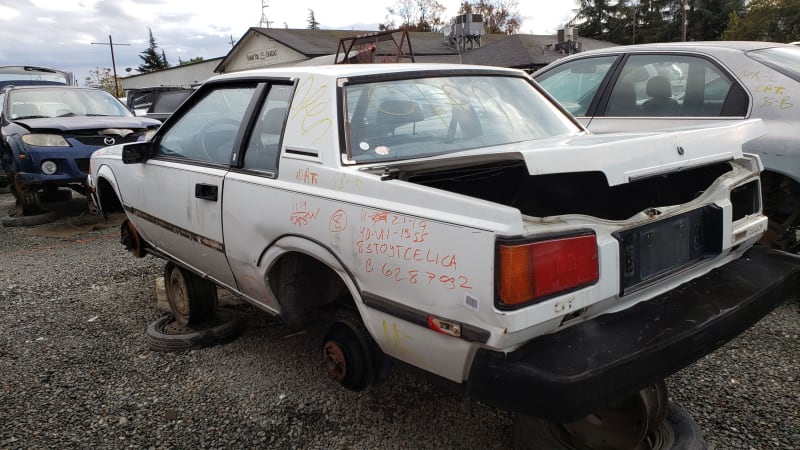 No rust whatsoever and the body looks reasonably straight. The 1982-1985 Celicas don't seem to have much of an enthusiast following, and they face California's strict emission-testing regimen (cars from 1975 and earlier are smog-exempt in the Golden State), so even a low-miler like this one never had much chance of being rescued prior to its final junkyardization.

While Citroën managed to get the flesh-and-blood Grace Jones for their TV commercials, Toyota had to settle for what appears to be a cardboard cutout from the Nightclubbing album-cover photo sessions for this JDM Celica advertisement. The cigarette-in-side-mirror shot works well here.

On this side of the Pacific, we got Paul Williams and Dan Gurney pitching the Celica GT-S Fastback. You might know Paul Williams best as "Little Enos" in Smokey and the Bandit.

It appears that Toyota USA pushed the Celica Fastback much harder than the Coupe back in 1983.