Ferrari SF90 Stradale shows how it was made in new video

Supercar geeks! Stop what you’re doing and watch this, preferably somewhere quiet where you can listen to the ambient, ethereal music. It’s a nearly 10-minute video Ferrari released titled “Manufacturing the SF90 Stradale,” and it offers a dream-like look at the production of its first-ever plug-in hybrid ahead of its launch this year.

What we see isn’t exactly sequential — 3D digital modeling and virtual reality are shown at the end, after we’ve seen the physical car being built — but it’s nonetheless an interesting look at the artistry side and painstakingly detailed preparation of manufacturing a 986-horsepower Italian supercar.

The video opens with a visit to the foundry, where molten aluminum is poured into molds and we see gloved hands and robots assembling parts for the 4.0-liter twin-turbo V8, its most powerful V8 yet at 769 hp. Ferrari says its engineers increased the capacity on the F154-heritage engine to 3,990 cc from 3,902 cc via a larger, 88-millimeter bore. There’s also a new, narrower cylinder head with a central injector, a Ferrari V8-first 350-bar GDI and a larger intake and redesigned exhaust system.

From there, there’s lots more eye candy, as we’re taken through body assembly, the paint shop, digital and clay modeling, interior parts assembly, and so forth. It finishes with a shot of the completed car in red against a dark background.

Other notables in the SF90 include four powertrain modes controlled by buttons on the steering wheel, including up to 15 miles in all-electric with front-wheel drive relying on the two front electric motors. The hybrid modes activate a third e-motor located at the rear axle, between the engine and the eight-speed dual-clutch transmission. The SF90 is also the first Ferrari to use all-wheel drive, which the company says was necessary to fully exploit the hybrid power.

The video can only mean that we’re getting close to launch, and it’s sure to whet the appetites of those privileged enough to afford one. 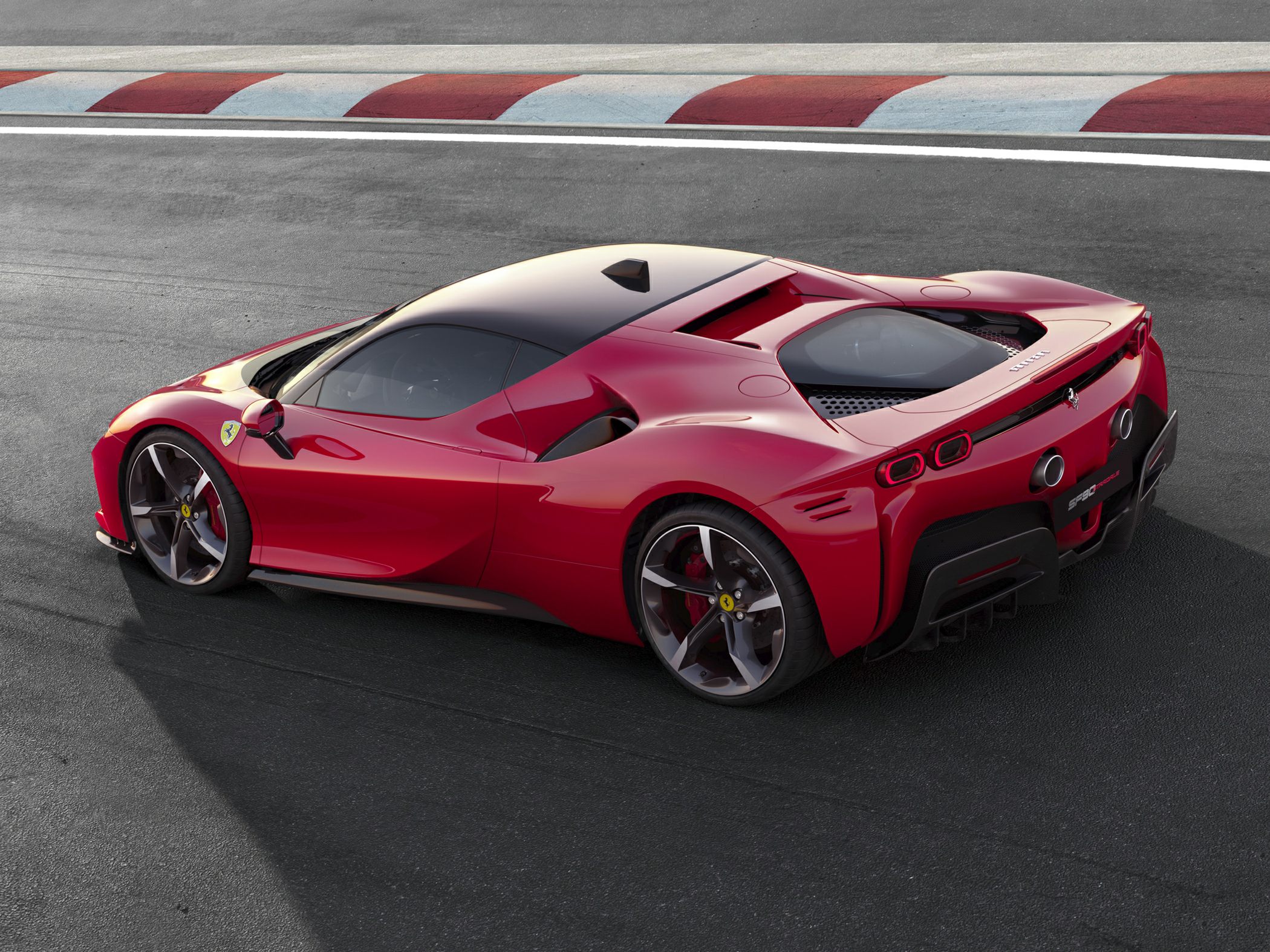