An E39 5-Series in Arktissilber-Metallic, found in a California car graveyard. I've documented plenty of discarded BMWs during my searching of car graveyards for interesting bits of automotive history, but I've been remiss in documenting examples of the BMW 5 Series. I've shot E12s and E34s, but missed the immediate successor of the E12 (the E28) and the 5 Series that followed the E34 (the E39). E28s and E39s aren't too difficult to find in the big California self-service yards, so I vowed that I'd shoot the next example of each that I saw when I took a trip to the Golden State last week. Here's a still-shiny E39 that I found in a yard on California's Central Coast. 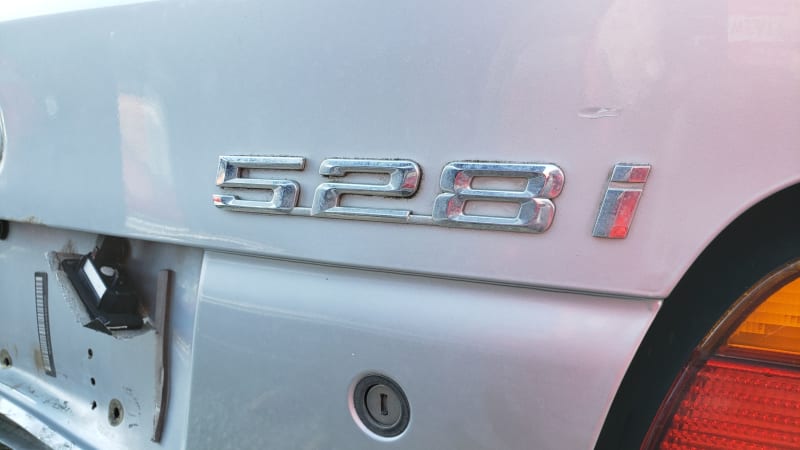 North American car shoppers could buy the E39 for the 1997 through 2004 model years. The 528i had the "traditional" straight-six engine that BMW purists still expected in the middle 1990s, while the 540i packed a V8 under the hood. 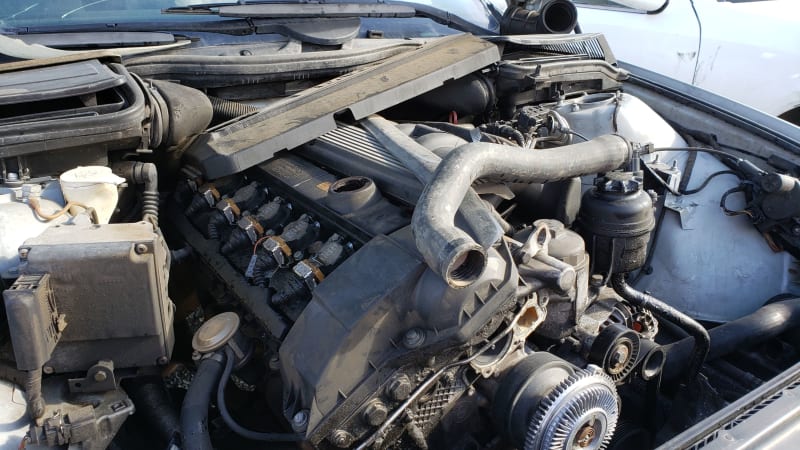 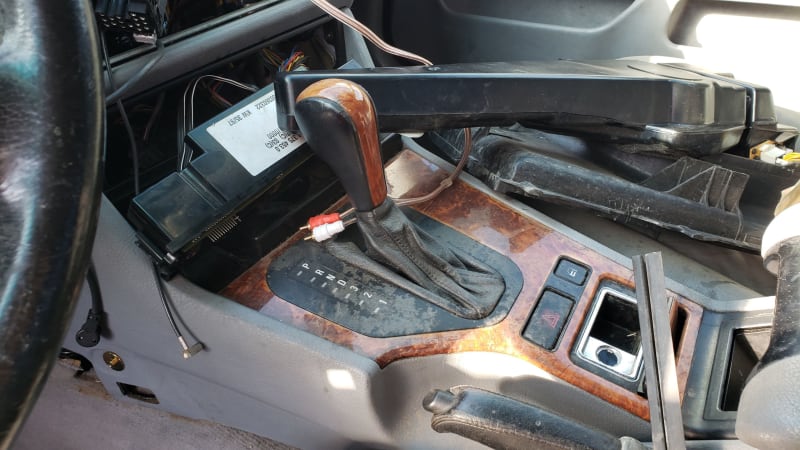 Most US-market 5-Series cars have been built with automatic transmissions since about the middle 1980s, so I wasn't surprised to see the two-pedal setup inside this one. 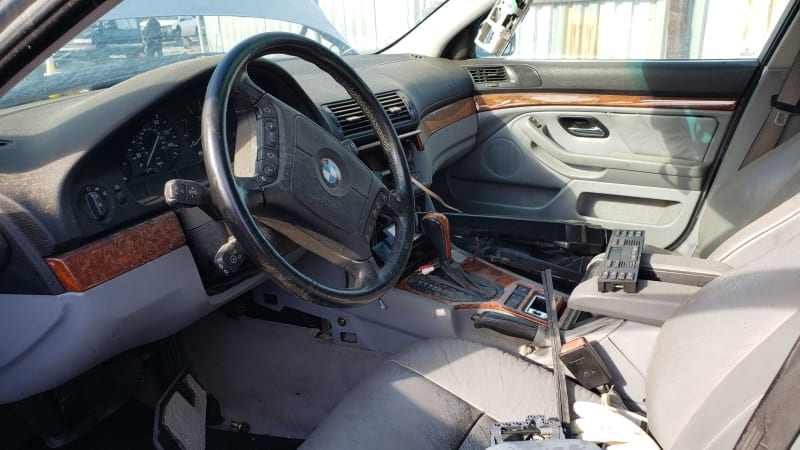 The interior shows some wear and some parts have been yanked, but this car still looked pretty good when it took that final tow-truck ride. 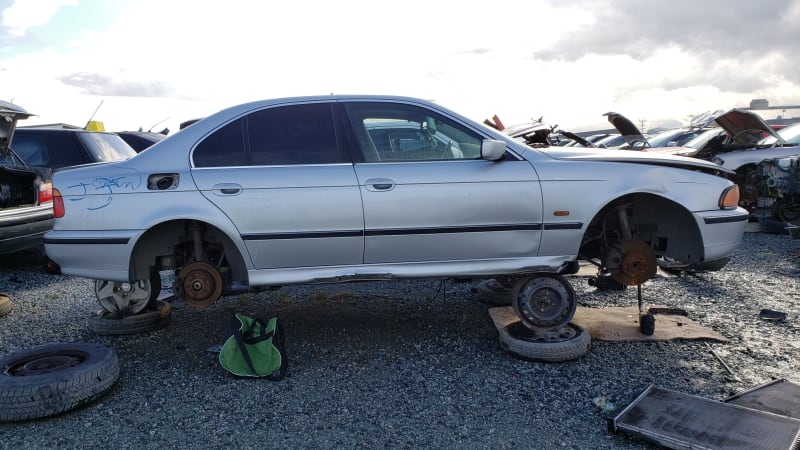 Maybe something broke and the car's final owner wouldn't or couldn't pay for repairs, or perhaps it wouldn't pass California's extremely strict emissions test. Once an ordinary 5 Series reaches its 20th birthday, buyers for non-perfect ones are hard to find… and they end up in a place like this. 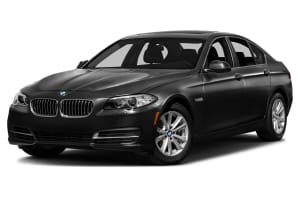