Jaguar launched the I-Pace eTrophy racing series in 2018, and ever since, it's been collecting data on its battery electric crossover. Using that research, Jaguar has managed small refinements that incrementally improve how the car runs and drives. In past times, these types of upgrades were implemented during a refresh or redesign, but thanks to the computerized nature of modern vehicles, tuning information can be relayed to the vehicles immediately. Installed by dealers, Jaguar is releasing a free I-Pace software update that affects the battery, aerodynamics and all-wheel-drive system.

Jaguar already offers one of the best battery-operated vehicles on the road today, but the competition pool is quickly improving and becoming more crowded. In order to keep the I-Pace fresh, Jaguar decided to share its learnings from its eTrophy racing series and "more than 50 million miles" of real-world driving.

As it stands, the I-Pace packs a 90-kWh lithium-ion battery that is EPA-rated at 234 miles on a single charge. It has 394 maximum horsepower, 512 lb-ft of torque, and Jaguar claims it can do 0-60 mph in 4.5 seconds. With the new update, Jaguar says the battery can "run to a lower state of charge than previously without affecting drivability, durability, or performance." This only affects range and efficiency, though, not power.

All I-Paces are all-wheel-drive, and the update directly affects the car's traction system. Jaguar has refined the torque distribution between the front and rear motors, which improves the car's efficiency in ECO mode. A third update deals with the car's aerodynamics. Jaguar has refined thermal management control by using the active radiator vane system more frequently. Finally, small tweaks also improved the regenerative braking system.

All said, these upgrades potentially equate to an 8% increase in range, which is about 12 miles, depending on usage. Jaguar did note, however, that the official EPA number would not change. Those who own I-Paces can take their cars to a local dealership, and a technician will update the software, which also includes advanced over-the-air functionality. 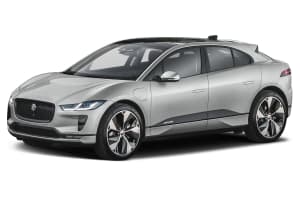 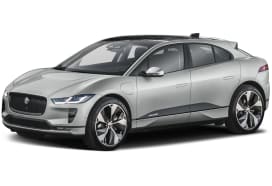