It was developed with chauffeur-driven buyers in mind 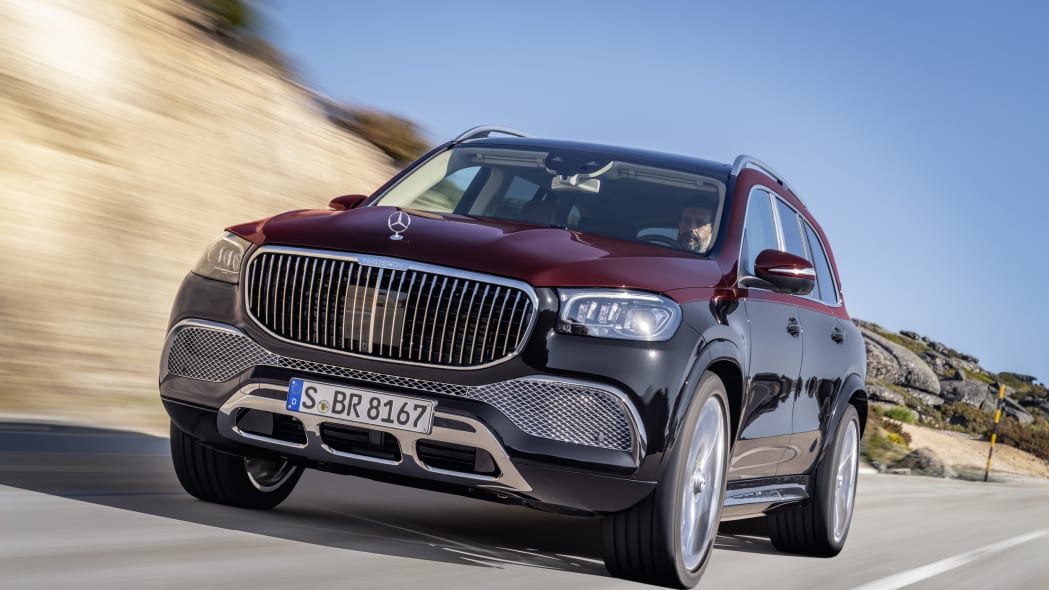 Mercedes-AMG demonstrated how sporty a mammoth SUV can be by unveiling the 2021 GLS 63 S at the 2019 Los Angeles Auto Show. Across the Pacific, at the Guangzhou auto show in China, Mercedes-Maybach revealed another GLS variant that puts an unabashed focus on comfort.

The 2021 GLS 600 ends years of rumors by finally taking Maybach into the SUV segment. (If you don't count the limited-edition G 650 Landaulet). It's not a standalone model developed from the ground up, and it's in no way related to the electric Vision Mercedes-Maybach Ultimate Luxury concept introduced in 2018. It's a second-generation GLS dressed up in a Hugo Boss suit. Stylists spruced up the front end with Maybach's chromed waterfall grille and mesh inserts in the lower part of the bumper. An abundance of chrome trim (including big slabs of it in on the B-pillars) and Maybach emblems on the D-pillars further set the SUV apart from its non-Maybach-badged sibling. Buyers can order a two-tone paint job at an extra cost.

6.8-foot-long running boards automatically extend from under the body about a second after one of the passengers opens a door. Designers took advantage of the cavernous interior to replace the second- and third-row seats with a pair of business class-like chairs that offer heated, ventilated, massaging and reclining functions. Maybach developed the GLS with chauffeur-driven buyers in mind, so the passengers traveling in the back benefit from their own infotainment system with wireless headphones, folding tablets, wireless device chargers, plus heated and cooled cupholders. Alternatively, buyers can order the GLS as a five-seater with a three-person rear bench.

The GLS 600 receives the twin-turbocharged, 4.0-liter V8 engine that's omnipresent in the Mercedes range. It delivers 550 horsepower from 6,000 to 6,500 rpm and 538 pound-feet of torque between 2,500 and 5,000 rpm in this application, and it spins the four wheels via a nine-speed automatic transmission and 4Matic all-wheel drive. Mercedes pegs its zero-to-60-mph time at 4.8 seconds.

The standard 48-volt mild hybrid system briefly gives the GLS 600 an additional 21 horsepower and 184 pound-feet of torque. It also sends the kinetic energy it recuperates to the battery pack while braking or coasting, and powers a technology named E-Active Body Control which scans the road ahead and adjusts the suspension as needed if it detects a pothole, a bump or another obstacle. Finally, the system keeps the SUV's body level during cornering, and on unpaved roads.

Made in Alabama, the 2021 Mercedes-Maybach GLS 600 will arrive in American showrooms by the end of 2020. Pricing hasn't been released yet, but it could start in the vicinity of $200,000. If that's accurate, the GLS 600 will be the most expensive car currently built in the United States. When it arrives, it will compete in the same segment as the Bentley Bentayga and the Rolls-Royce Cullinan.