Designed with the help of John Force, the drag racer was built for charity 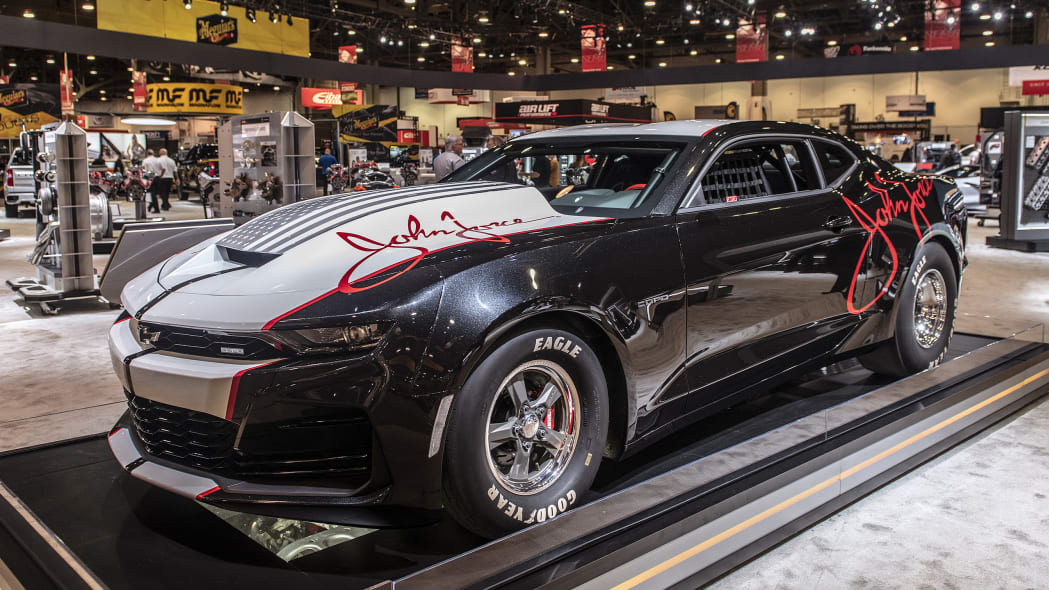 Sixteen-time drag-racing champion John Force teamed with Chevrolet to design a one-of-a-kind COPO Camaro for a good cause. The hot-rodded pony car made its debut during the 2019 SEMA show.

Chevrolet builds only 69 units of the COPO Camaro annually; this is not one of them. It's a unique build that stands out with a silver and black paint job accented by thin red stripes, an American flag on the hood dome, and John Force's signature on several body panels. His autograph also appears on the dashboard, and it's stitched into the lone seat. The three-tone look will be optional for the 2020 model year, but COPO buyers won't be able to get John Force's signature on their car.

The builders kept John Force out of the engine bay, so there are no mechanical modifications. Power comes from a 350 small block V8 topped by a 2.65-liter supercharger provided by Magnuson. It sends 580 horsepower to rear tires wider than an Austin Mini when put side by side. The one-off COPO is also fitted with the optional Racer's Package, which bundles an air inlet made with carbon fiber, dual batteries, a weight box, a parachute, and a quick-change coupling. It's as loaded as it gets.

Chevrolet will sell the COPO Camaro John Force Edition during the Barrett-Jackson auction taking place in Scottsdale, Arizona, in January 2020. The firm will donate the proceeds from the sale to DonorsChoose.org, a charity dedicated to helping schools in need buy supplies for students. The first eighth-generation Corvette will cross the block during the same auction, and Chevrolet will donate the money it makes from the sale to the Detroit Children's Fund.