It's a scene straight from the movies 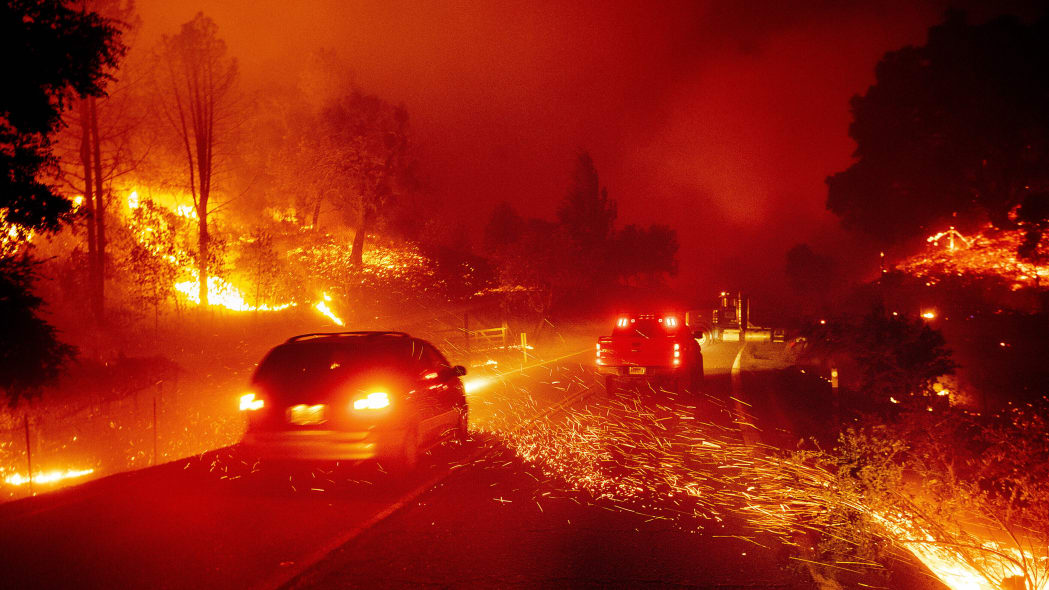 The Kincade fire continues to scorch California, forcing thousands to evacuate. The latest information from officials, reported by local news outlets, is that the fire has consumed over 75,000 acres of land. As of now, it’s still only 15 percent contained. Just like last year’s devastating California wildfires, this one is leaving us with videos and photos equally as harrowing. Firefighters were driving through an area that was currently burning the other day. They posted this video to Twitter:

Front windshield view of what our #Firefighters were faced with this morning (3am). We appreciate their complete dedication to the task of protecting lives and property. #KincadeFire @IAFFNewsDesk @team10th #nosleep #sffd #sffire #firelife #wildland pic.twitter.com/Dlpf9P8Zdl

Driving through stretches of forest that are actively on fire at night is a terrifying ordeal. One video of a family doing a similar thing in a Honda Ridgeline last year captured our attention and hearts just the same. The views are apocalyptic.

Other videos posted to social media show more destruction and burning, as the firefighters try their best to contain the raging fires. Gusts reportedly hit 50-55 mph last night, which only speeds up the flames. Conditions are expected to improve over the next few days, though, as the winds are predicted to die down. Local news outlets are saying about 156,000 people remain under evacuation protocol, but at least 30,000 people were allowed to return home. Thankfully, there are no deaths reported from the fires for the time being. That said, two firefighters were reportedly injured in the line of duty

There’s more than just the firefighter video that caught our eye, too. Click through the gallery at the top of the story to see photographs from the Kincade fires. It’s tough to believe that some of the scenes are real and not part of a movie set. Homes, cars and other structures are shown in various states of burn, all of them looking as scary as the next. One car that is easily identifiable is a burnt up Willys with the Ford-designed nine-slot front grille.

Let’s hope the winds die down and the weather improves soon. The fires have taken out 189 structures, and over 4,500 fire personnel remain on the case.