These scenes are chilling to watch

Wildfires are terrifying. If you didn't think that before watching these videos, we can guarantee your feelings about them now.

A Northern California wildfire has been plaguing the area around Paradise, CA since it began on Thursday. Called the Camp Fire, this disaster has reportedly already claimed 70,000 acres, and is growing at a rate of 80 football fields per minute. Of course, folks are trying to escape the inferno, and they've posted some videos of what we'd imagine driving through actual hell would look like.


The first one here appears to be taken in a Honda Ridgeline. It's a surreal scene; one we hope we'd never have to experience in our lives. Brynn Parrott Chatfield posted it on her Facebook page, and it's quickly gone viral since. Flames and sparks dance across the road as smoke billows and blows where the winds take it. Everything but the road was either engulfed in flame or smoldering from already burning up. Then just when it seems as though it'll never end, they drive out of the fire.


Another video from Instagram posted by ABC News shows just as horrific of a scene. This time the camera gets pointed upwards and we watch the Camp Fire wreak havoc on the upper canopy of the trees as they blow in the strong wind, sending branches falling.

Driving through and away from a wildfire is clearly no easy task. The family in the Honda was met with cars barely moving or stopped cars on several occasions in the road. It was nearly impossible to see at some points.

It's not just Northern California that's ablaze this week, either. The city of Malibu was ordered to evacuate this morning as the Woolsey Fire nears Los Angeles. Sadly, situations like these are only becoming more common with the uptick in wildfire burning. The New York Times reported that the Northern California wildfires mentioned have already killed five people stuck in cars. Evacuate, and be safe out there, folks. 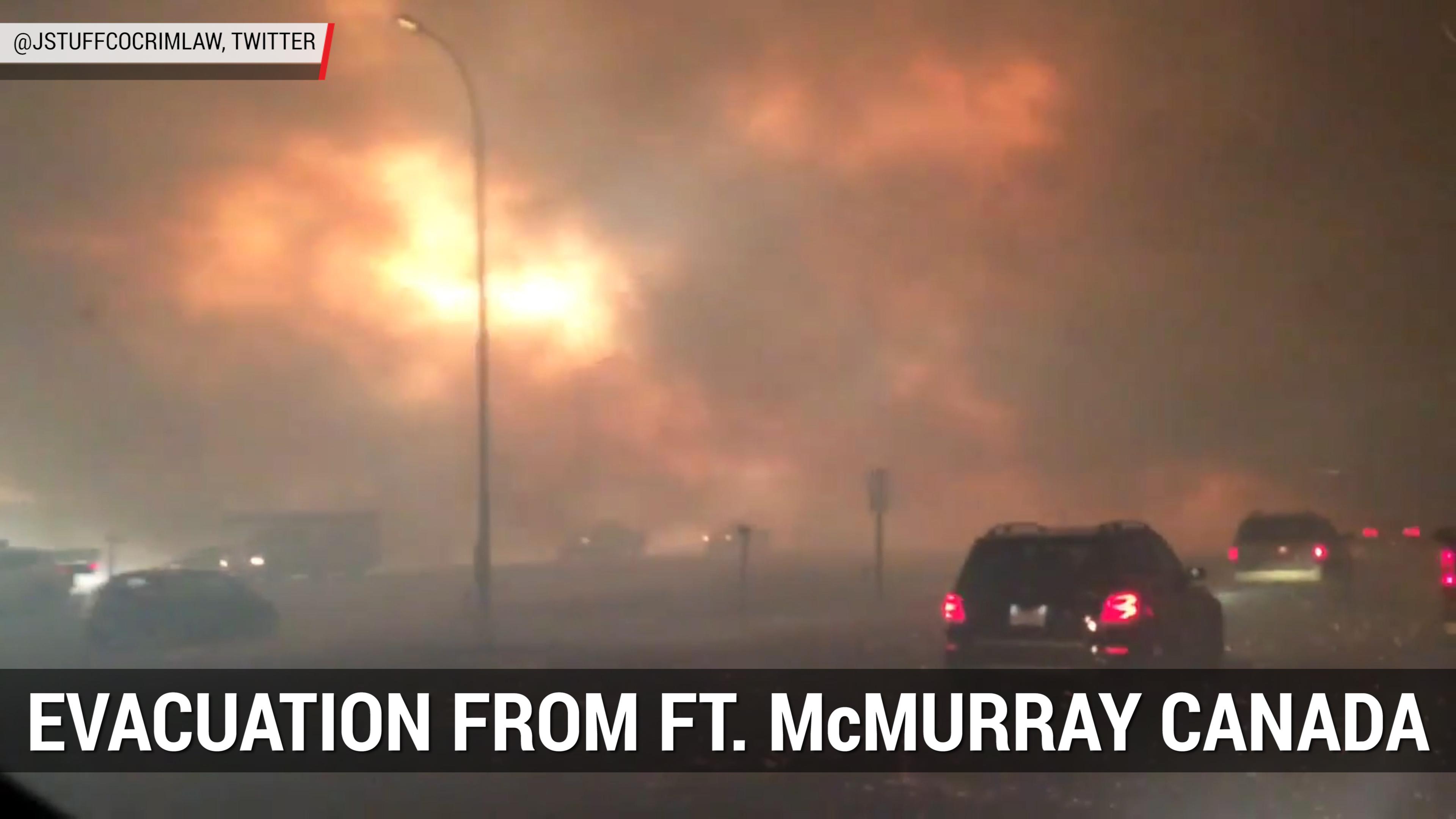