Monday morning rush hour got off to an unusual start in downtown Pittsburgh today when a massive sinkhole opened up, swallowing the back half of a city transit bus. The lone passenger was taken to the hospital to be treated for a minor injury, the Port Authority of Allegheny County said. 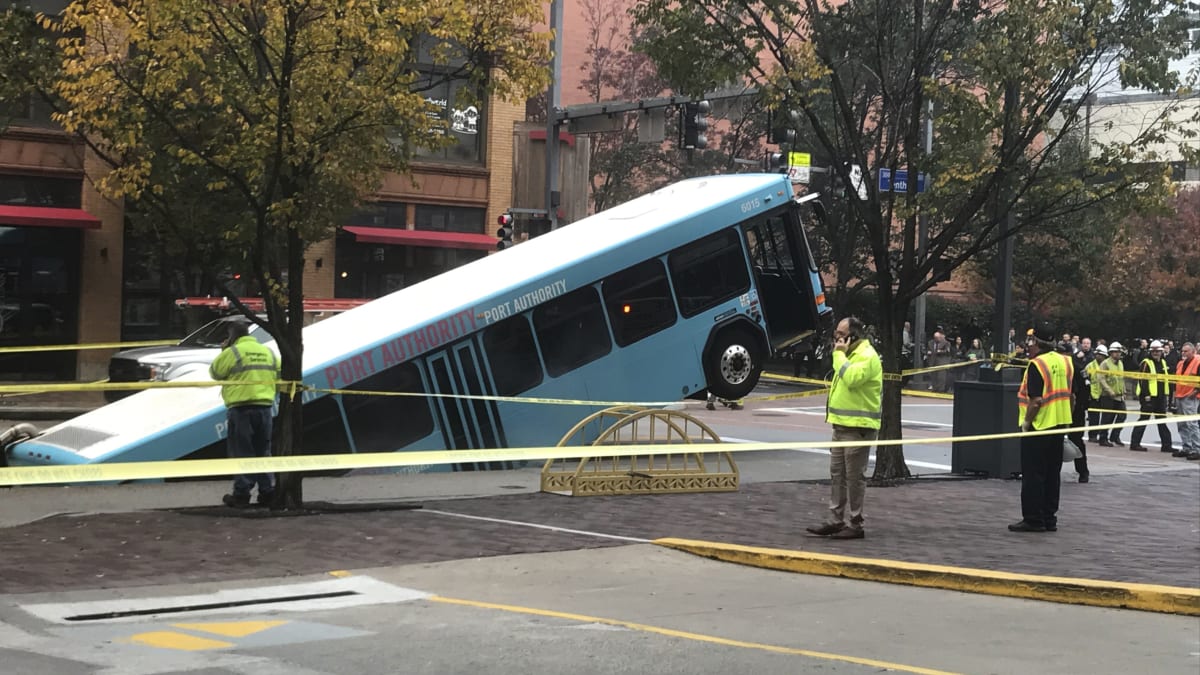 Reports say just two people, including the driver, were aboard the Port Authority bus, which was stopped at a red light when the sinkhole opened up beneath it, around 7:40 a.m. Both were able to get out of the bus, which was left with its front end suspended above the road surface as if ready to launch into the air. The sinkhole also left what appears to be a Kia Optima teetering on the edge of the sinkhole behind the bus. Its driver was reportedly uninjured.

For those curious, the heaviest part of the bus is the back because that’s where the engine is located. This bus was stopped at a red light at the time this occurred. pic.twitter.com/HT3DNQxNCR

“Right when I pulled in, I heard a big smash,” David Marrotti, the general manager at nearby restaurant Ten Penny, told the Pittsburgh Post-Gazette. “I thought something had hit [the bus] from behind, like a dump truck or something.”

CHECK OUT THIS VIDEO! It was sent to us by a viewer. It shows a @PGHtransit bus stuck in a sinkhole. @KDKA pic.twitter.com/ZcECtPN9EF

A specialized tow truck had arrived on the scene to remove the bus. EMS, fire officials and the city’s water and sewer department were also on the scene. Officials closed the street to traffic, evacuated a local child care facility, shut down utility service in the area and had to reroute several bus routes.