8
It's a little hard to believe the Subaru BRZ and Toyota 86 (formerly the Scion FR-S) are entering their seventh model year. Both cars debuted back in 2012 and, save for a minor update last year, the cars remain unchanged. Power still comes from a 205-horsepower naturally-aspirated flat-four. That's not a lot on paper, but it's decent enough for a car that comes in under 2,900 pounds.

This particular test car is one of just 500 tS special editions coming to the U.S. In addition to the wing, side skirts and wheels, the tS gets Michelin Pilot Sport summer tires, Brembo brakes, Sachs dampers and STI strut braces. It makes the tS the sharpest and best-performing BRZ in the car's seven-year run. You do pay for the extra kit, and if it's not your thing, you can still get a pretty well-equipped car for around $30,000.

Editor-in-chief Greg Migliore: I sought out errands on the other side of town during my weekend in the BRZ tS. It's a blast in a way only some enthusiasts will love. The heavy steering, the low-to-the-ground profile, the rock-hard chassis — take your protein pills, man. This isn't something you want to drive when your back hurts or you're slightly hungover. No it's not a '90s Viper, and you don't need goggles and gloves, but in this era of high-horsepower SUVs with sanitized comfort modes, you need to show up with your reflexes sharp to master the BRZ, especially in track-tuned tS trim.

Not every enthusiast will want this. A muscled-up Mustang or Challenger might be a better bet for long commutes on straight roads, while this Subie demands you meet its needs on something open and with a twist. It's fun. But it's intense.

Consumer Editor Jeremy Korzeniewski: Not surprisingly, a pair of braces to stiffen the chassis, stiffer springs over Sachs dampers, big Brembo brakes and Michelin Pilot Sport 4 tires on lightweight 18-inch wheels all conspire to make the tS the best Subaru BRZ I've ever driven. There's an aggressive body kit, too, but my time with the tS was limited to some fun runs on public roads, so I never hit the speeds where you'd really experience the aero benefits.

Thing is, boosting the car's at-the-limit handling abilities really serves as a reminder that the engine isn't all that powerful. It's the same exact 2.0-liter four-cylinder boxer that powers every other BRZ. These days, 205 horsepower and 156 pound-feet of torque feels decidedly uninspired, particularly at the tS's asking price of $34,355.

Even with an irritating lack of horsepower underhood, the BRZ remains one of the best cars in America for driving enthusiasts due to its perfectly balanced chassis. And if you want the best BRZ money can buy, the tS is your ticket, if you can manage to get your hands on one of the 500 earmarked for sale in the United States this year.

Associate Editor Joel Stocksdale: The Subaru BRZ tS was both better and worse than I expected it to be, and it's kind of for the same reason. Starting with the positive, it's surprisingly livable on real-life streets and roads. Despite the monster carbon-fiber rear wing and aggressive body kit, it actually feels very much like a normal BRZ. Which is to say it's definitely stiff and bumpy, but you won't be rubbing your backside or reaching for some ibuprofen when you get to your destination.

The downside is that, it still feels very much like a normal BRZ. It doesn't feel like it corners flatter, and there's obviously nothing done to the engine. Even the interior doesn't really feel special besides some red upholstery and plastics. The only big difference I could tell was the really grippy tires, which arguably make the car less fun, since it's harder to get it loose.

Setting aside whether the tS is worth the money and effort to pick up, the core BRZ is still an excellent driver's car. The steering is easily among the best in the business, on par with several Porsches, and it's an amazing handling machine. It's got a great driving position, superb visibility, a solid shifter, and you can even fit a lot of stuff in it. The weak point is still the engine, though. It's not even the amount of power as it is the delivery. It falls on its face between 3,000 and 5,000 rpm, which is where I found myself driving it frequently. And even though it picks up again after 5,000, that torque dip beforehand makes it feel like the power wave ends too early at 7,500. The good news is that the aftermarket has plenty of options to solve this, be it turbocharging or supercharging.

Associate Editor Reese Counts: I love the BRZ. It's the second car I was ever paid to fully review (the first was the Toyota Prius), so it holds a special place in my heart. The BRZ and its wonderfully communicative chassis taught me so much about car fundamentals and how to react to certain situations. You can feel every one of the car's moves through the steering wheel, shifter and seat. When the ass end steps out, it does so predictably, allowing you to keep it on the edge and reel it back in.

I love the weight of the steering and the feel of the shifter in this test car. There's something wholly satisfying about the 2-3 upshift or a perfectly rev-matched 3-2 downshift in this car. For me, the seating position is near-perfect. The pedals are evenly spaced, and the shifter and wheel feel natural. There's no reaching or stretching. Visibility is great for a small coupe thanks to the low hood. It makes the car easy to place in a corner.

All that said, it's not perfect. The engine doesn't sound very good, and there's a dip in power right in the middle (though if you keep the revs above 4,500 you're fine). The interior is cheap, even for a car at this price point. You can tell most of the money was spent on chassis development. It's also not as fun or tossable as a car like the Miata (though I would still take the BRZ). 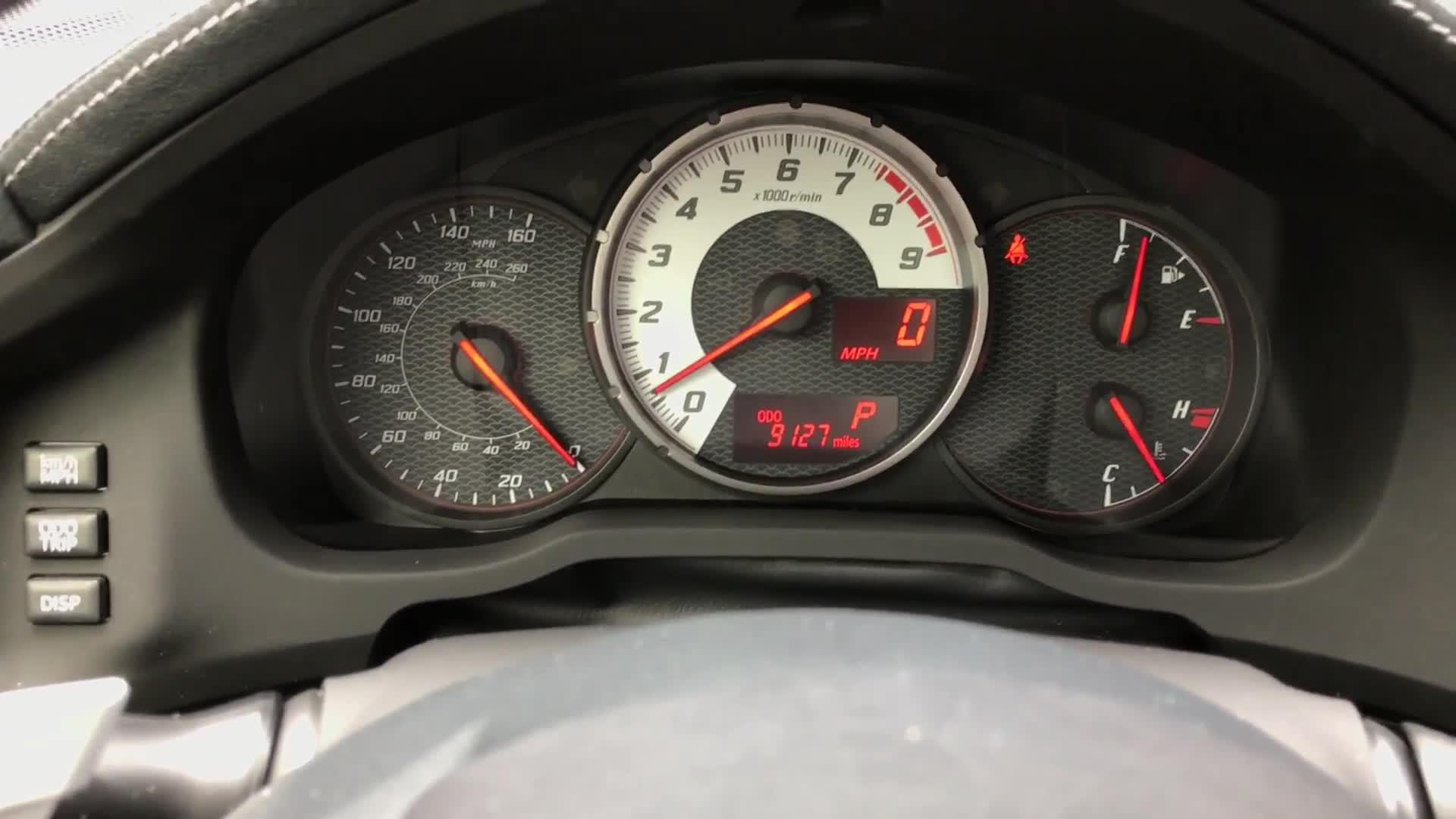