It's going into production — but you won't see it in America 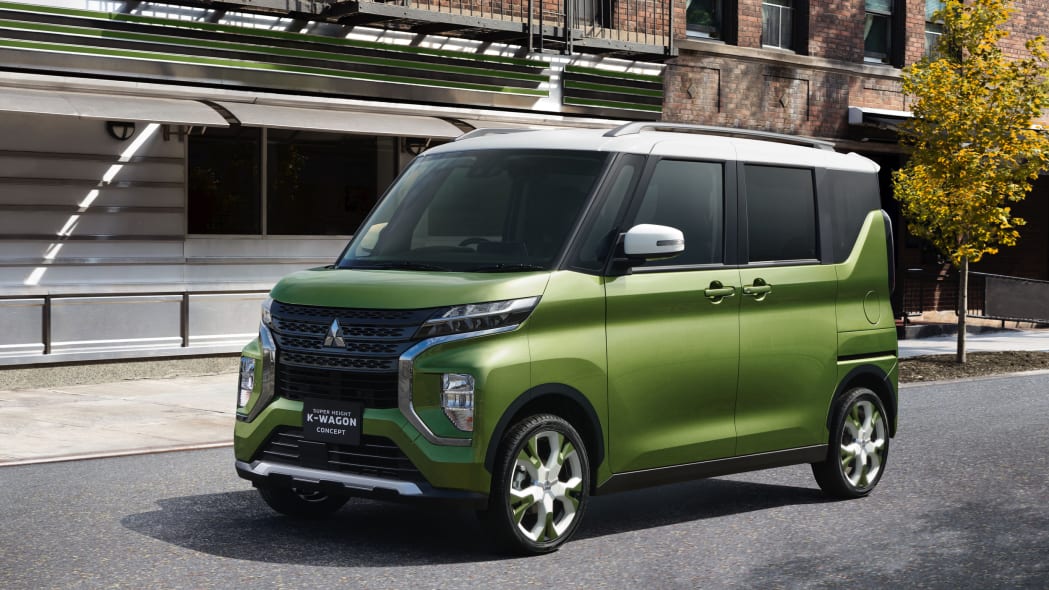 The door-less, turbine-electric Mi-Tech concept was the uncontested star of the Mitsubishi display at the 2019 Tokyo Motor Show, but the Japanese firm also unveiled a close-to-production design study named Super Height K-Wagon that accurately previews its next family of kei cars. It transcends the historic city-only vocation by letting owners comfortably drive further.

The Super Height K-Wagon's proportions are about what you'd expect from a kei car, but its front end falls in line with Mitsubishi's current design language by adopting the X-shaped motif seen on other models, like the Eclipse Cross. Even a humble kei car can't escape crossoverization; designers echoed Mitsubishi's SUVs by adding black plastic trim over the wheel arches and the rocker panels.

Mitsubishi took advantage of the concept's relatively long wheelbase to carve out a spacious, family-friendly interior. The driver sits higher than in a normal city car, like the Mirage, and the rear passengers take their seats after opening a van-like sliding door. Clever use of space has always been a trademark of kei cars, and the Super Height K-Wagon is no exception.

Technical specifications remain vague. Mitsubishi outlined a high-performance engine that shifts through a continuously variable transmission (CVT). To qualify for kei car status, its engine can't displace more than 660 cubic centimeters, and it can't make more than 63 horsepower. And, proving once again that small doesn't always mean basic, the Super Height K-Wagon is packed with electronic driving aids like a collision-mitigation system, and lane-keeping assist.

Mitsubishi boss Takao Koto called the Super Height K-Wagon concept the second wave of next-generation kei cars, and confirmed the concept will enter production by the end of the current fiscal year, which ends on March 31, 2020. Don't expect to see it in the United States, though.