Backing the technology for the long haul

This week Toyota once again proved its dedication to electrified high-mileage vehicles with a trio of lineup-improving announcements. It released a shockingly different — and attractive — look for the hydrogen-electric Mirai, it teased the upcoming RAV4 Plug-in Hybrid, and it announced it is extending the battery warranty on its 2020 hybrid vehicles.

The warranty gets a 25 percent bump in years and a 50 percent jump in miles. On 2020 vehicles, it will be 10 years/150,000 miles compared to the previous 8 years/100,000 miles. Although the previous warranty lined up with the market average for hybrid vehicles, the updated numbers align with standards set by the California Air Resources Board (CARB), which requires the battery warranty on Partial Zero Emission Vehicles (PZEV) to be at least 10 years/150,000 miles.

Toyota says it hopes the safety net will quell prospective buyers' fears about the longevity of hybrid vehicles. The rest of the hybrid components, or the Toyota Hybrid System, is covered by an 8-year/100,000-mile warranty. It includes the hybrid battery control module, the hybrid control module, and the inverter with converter. 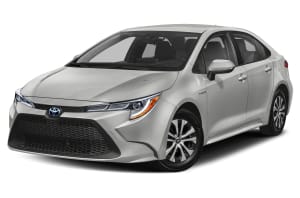