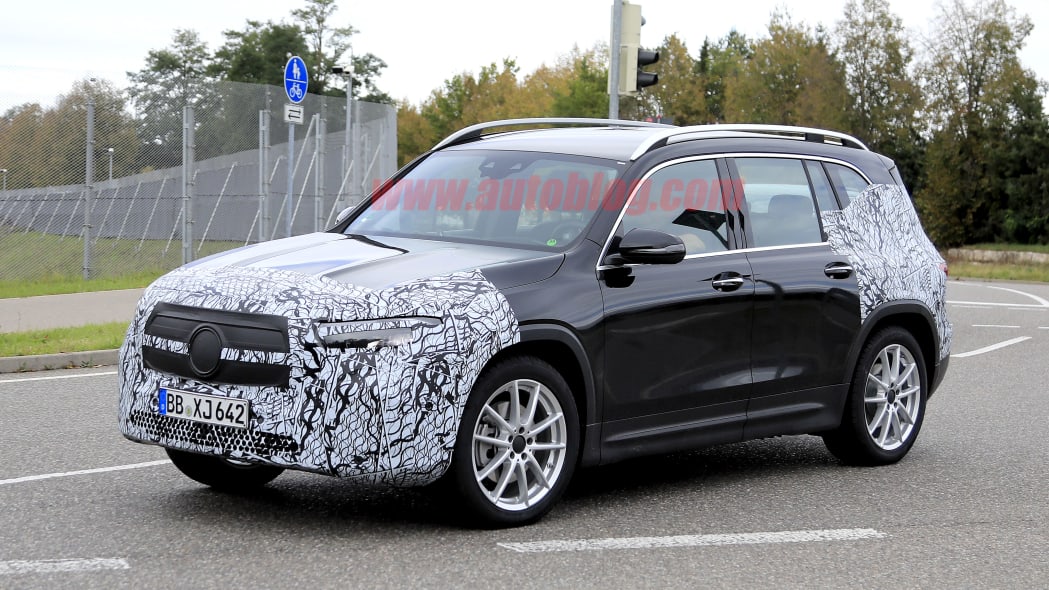 The Mercedes GLB-Class may still be fresh in our minds after our first ride in the new-for-2020 baby SUV, but today we’re looking at photos of its EV sibling, which is likely to take to model designation EQB. A GLB electric prototype was out testing in Stuttgart, and one of our spy shooters was able to grab these photos.

Camouflage blocks our view of the front and rear, which is where we assume Mercedes has differentiated the battery-powered crossover from its gas-engine counterpart. We’re glad to see the new baby crossover maintains the GLB's form factor, as we like the standard model's styling. We don’t know that Mercedes will call this version the EQB with 100 percent certainty, but it’s the most likely name given the brand's EQ naming scheme for its EVs.

If the larger EQC is anything to go by, expect subtle styling cues to indicate the model is electric. The “grille” will probably still look like a somewhat normal Mercedes grille, and the rear end might resemble that of a regular GLB with touches of EQC thrown in for green measure. The bottom of the rear on this prototype is still rather crude with what looks like a cheap, plastic shield around both the back and the sides — no exhaust outlets are viewable, not even as a trick to throw us off as with the Taycan. Mercedes doesn’t want us to see what’s going on down there yet, but we do see the production taillights through the camouflage.

The EQC is expected to offer around 200 miles of range when it finally receives an EPA rating, so we could expect a similar number from the EQB. There’s no timetable on this model from Mercedes yet, but we estimate it could land in the U.S. sometime in 2021 with a reveal next year.