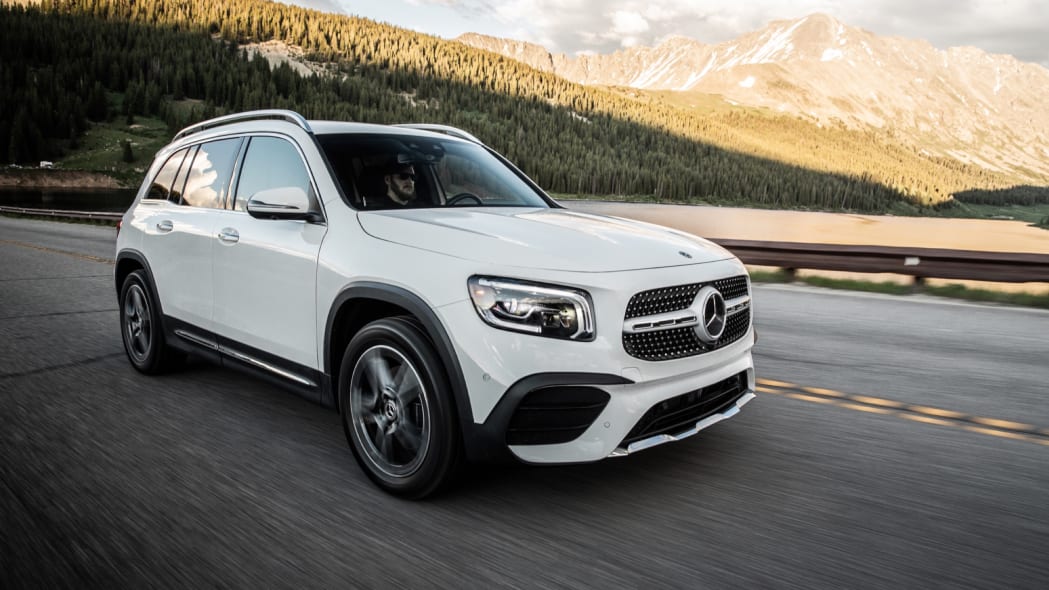 DENVER – The hunger of North American (and Chinese) drivers for luxurious vehicles that look like trucks and drive like cars hasn't come anywhere close to saturation yet, and so the folks at Mercedes-Benz have taken the A-Class’s chassis and running gear, applied a generous helping of its famous engineering wizardry, and cooked up a boxy compact crossover that's decidedly different than the existing and future GLA. It should have plenty of takers. I had the opportunity to take a ride in the much-anticipated 2020 Mercedes-Benz GLB 250 around the city and mountains here in Colorado.

While its boxy, truckish external appearance suggests the sort of virile and outdoorsy presence that resonates so well in urban Colorado, it isn't a miniature G-Class. The GLB is intended for and in nearly all cases will be used for commuting and family hauling on potholed city streets, chew-on-the-steering-wheel-congested highways and the occasional picturesque mountain road.

As it happened, my day in the passenger seat of the GLB 250 covered all three of those driving settings. That's correct, I didn't drive it. Autoblog will get that honor at some point down the road. So for now, riding shotgun, we crept onto the stop-and-go idle-fest that is Denver's I-25 during daylight hours. This gave me the chance to admire the big touchscreen and voice-enabled AI of the MBUX infotainment system, which was introduced in the GLB's A-Class sibling. 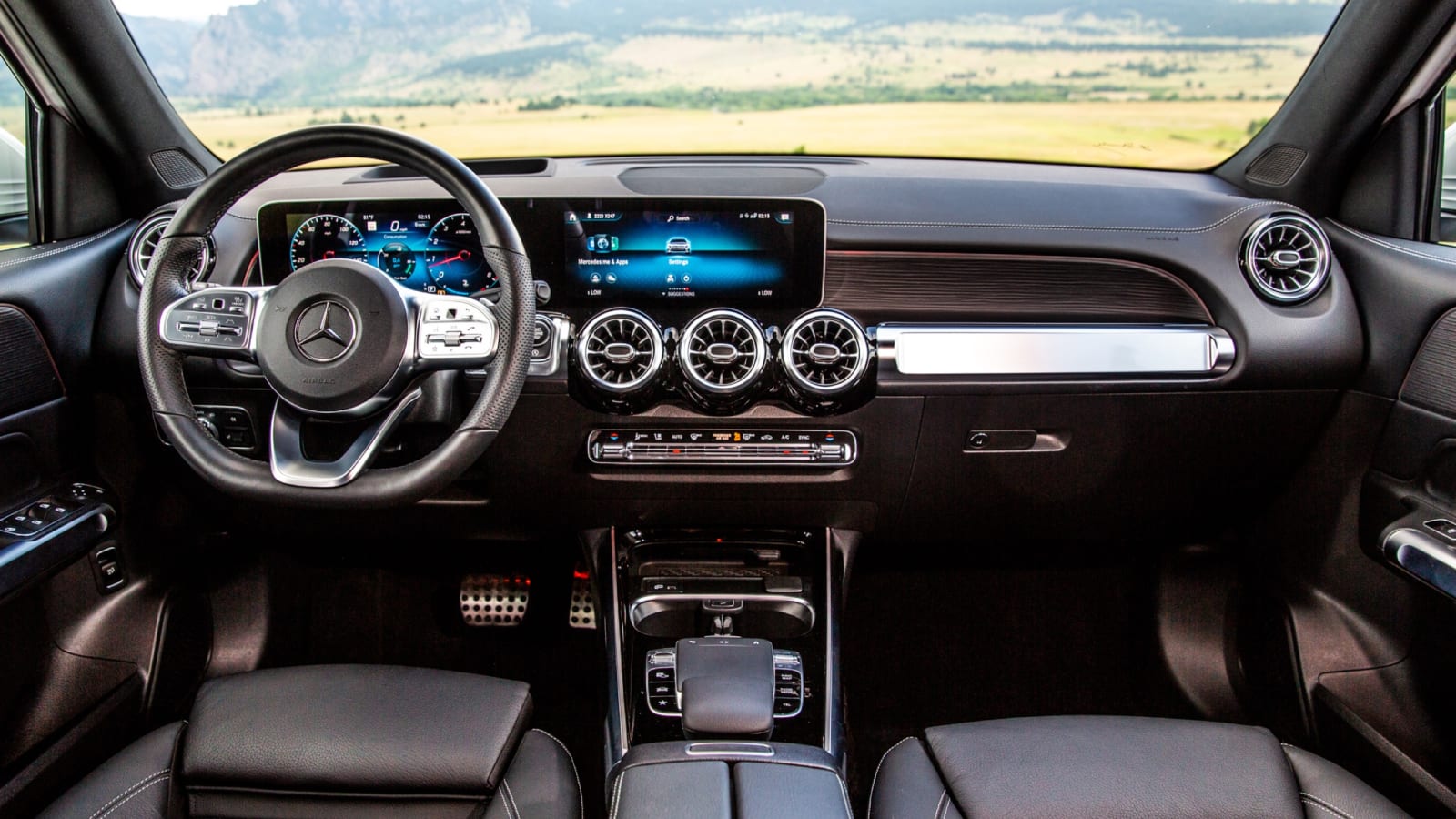 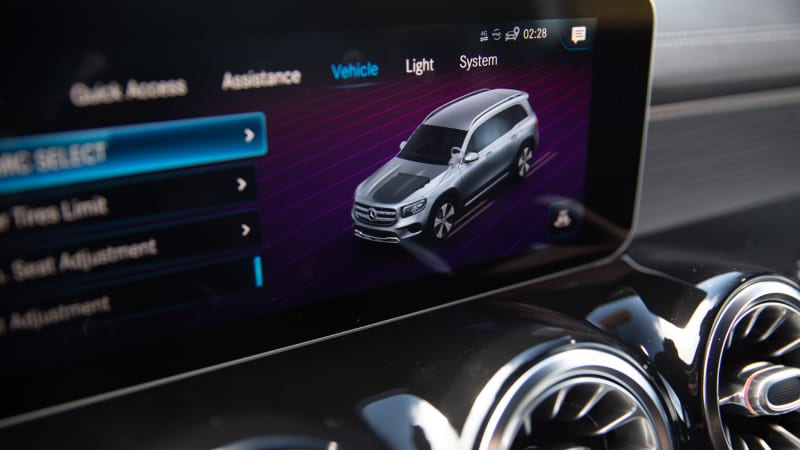 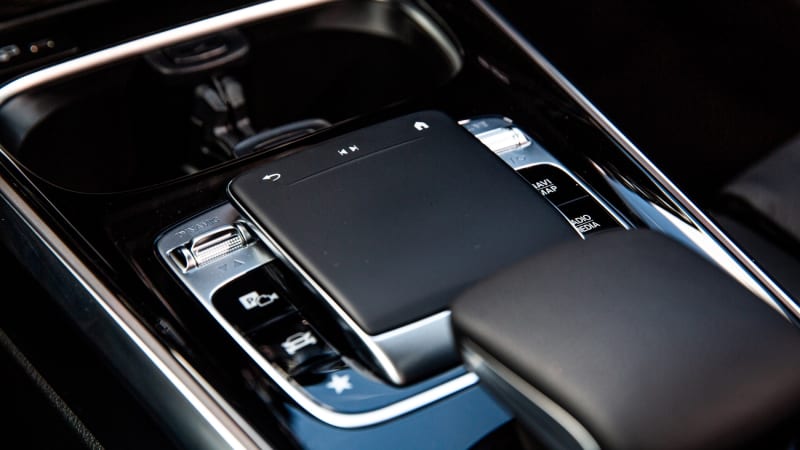 The screen resembles a short, wide tablet computer, complete with slick 3D graphics and drag-and-pinch layout options. It seems like something you'd pick up and take inside with you after parking the car (you can't … at least not without tools). Besides the touchscreen functionality, the system can also be controlled with steering wheel controls, a center console touchpad and natural voice commands. Just say "Hey Mercedes!" and ask away. The system learns from experience with her regular users, so while she struggled with my curveball questions ("Hey Mercedes, what is the current engine oil pressure in pounds per square inch?") she did handle routine requests for weather reports, navigation changes and the like.

In heavy traffic, the car blocked out external noise effectively enough, and the front seats were pleasantly adjustable (and even nicer with the optional massage features in place), making that part of a grinding commute tolerable enough. Once traffic cleared a bit, the GLB rode almost as smoothly and quietly as a nice sedan, though perhaps the boxy body creates a bit more wind noise than, say, an A-Class. You can see over much of the traffic, and the overall sense of spending time in this car is that it won't be fatiguing during the kind of driving we all like to just get over with.

For the fun kind of driving, which we were able to witness a bit while in the mountains west of town, the 221-horsepower turbo four-banger engine sounded good and pulled with respectable authority, while the eight-speed dual-clutch automatic transmission seemed adept at choosing appropriate shift points. Mercedes says an all-wheel-drive GLB 250 4Matic will go from zero to 60 mph in 6.9 seconds.

This is a Mercedes-Benz, after all, so the GLB can be hurled into corners within reason and still not beat up the occupants. The grippy handling seemed very car-like, so the compromises in making a truck-esque machine out of a car chassis don't seem to have resulted in a tippy cement mixer of a CUV. On the smoothness-challenged pavement of urban Denver, the GLB's many hours of suspension tuning helped keep the rough patches of the real world at bay. 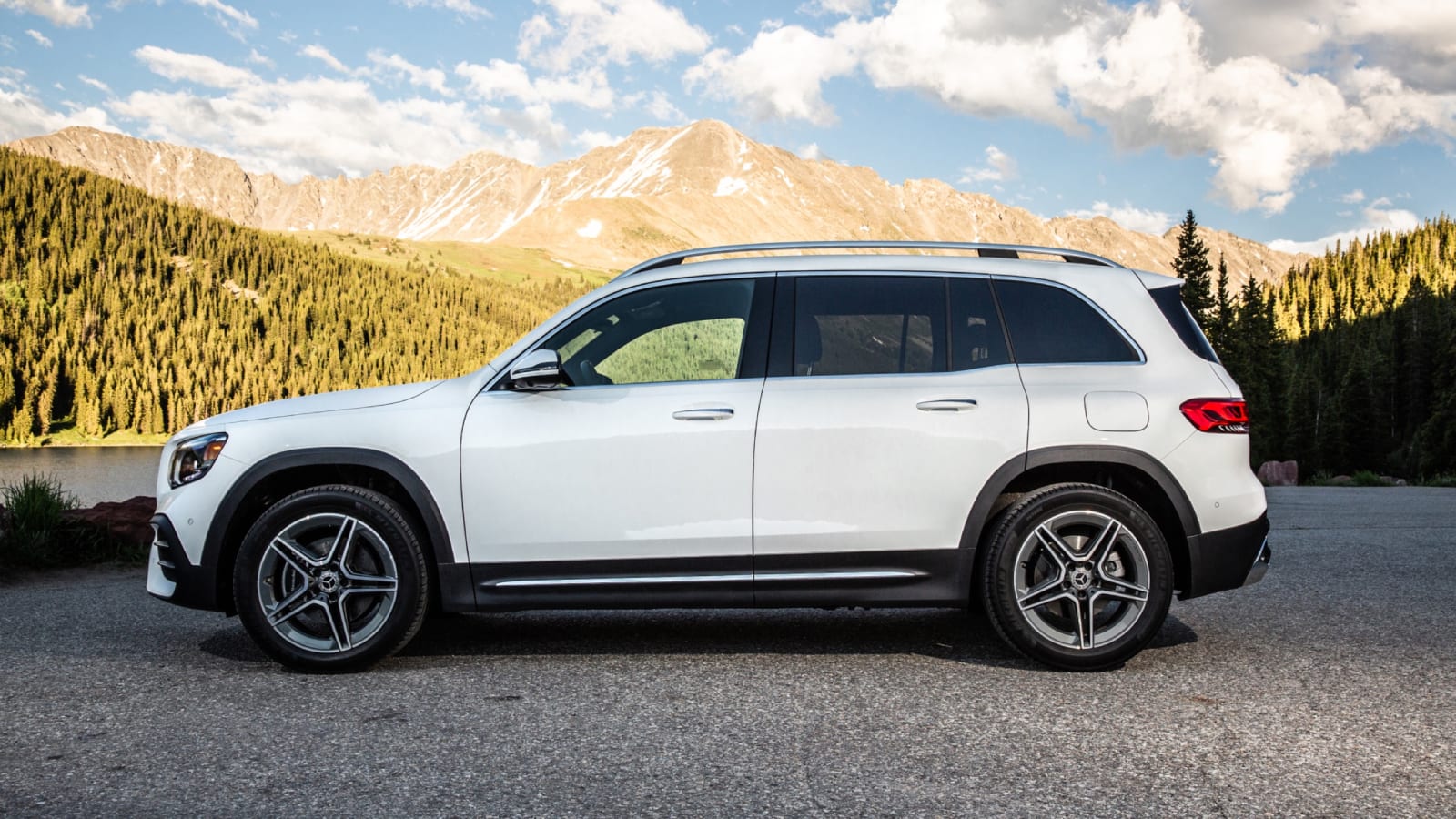 When the pavement disappears completely, the GLB's ground clearance (exact amount still to be announced) and available 4Matic all-wheel drive should help it get dirty. Besides distributing power 50:50 between the front and rear axles when the off-road driving mode is selected, 4Matic also comes standard with an Off-Road Engineering package that adapts throttle response and ABS when on unpaved roads. Still, I'm sure even the front-wheel-drive version will be able to handle the kind of snow-covered parking lot and occasional fire road that seem likely to be extent of a GLB owner's challenges.

Functionally, Mercedes-Benz will offer a third-row seating option in the GLB, though the vehicles I experienced lacked this setup. Examining the cargo area, I'd say that the third row will be suitable for use only by children or very motivated adults with good joint flexibility. Three full-sized adults (who like one another) can squeeze into the second-row seats without much conflict, and two adults should find the second-row accommodations very pleasant on long road trips.

Overall in this limited experience, the GLB seems to provide a good helping of comfiness and top-shelf engineering for a price that starts at $37,595 for the GLB 250, including the $995 destination charge. The GLB 250 4Matic starts at $39,595. It will go on sale late this year, and seems to fit firmly within the current SUV zeitgeist of not making owners pay too dearly for their truck desires through a truckish ride and thirst.